U.S. consumer spending fell for a second straight month in December amid renewed business restrictions to slow the spread of COVID-19 and a temporary expiration of government-funded benefits for millions of unemployed Americans.

The report from the U.S. Commerce Department on Friday also showed inflation steadily rising last month. Expectations that inflation would perk up this year were supported by other data showing a solid increase in labour costs in the fourth quarter.

But a rise above the Federal Reserve’s 2-per-cent target, a flexible average, is unlikely to worry policy makers. The U.S. central bank is seen maintaining its ultraeasy policy stance for a while as the economy battles the COVID-19 pandemic. Excess capacity remains throughout the economy, which could limit companies’ ability to raise prices.

Consumer spending, which accounts for more than two-thirds of U.S. economic activity, slipped 0.2 per cent last month as outlays at restaurants declined. Spending at hospitals also fell, likely as patients stayed away in fear of contracting the coronavirus.

Households also cut back spending on recreation. Consumer spending tumbled 0.7 per cent in November. Economists polled by Reuters had forecast spending falling 0.4 per cent in December.

The data was included in Thursday’s advance gross domestic product report for the fourth quarter, which showed the economy growing at a 4 per cent annualized rate after a record 33.4-per-cent pace in the July-September period. Consumer spending rose at a 2.5-per-cent rate last quarter following a spectacular 41.0-per-cent growth pace in the third quarter.

“Not only will consumption start from a weak base but containment measures that are restricting activity will likely weigh on spending,” said Rubeela Farooqi, chief U.S. economist at High Frequency Economics in White Plains, N.Y..

Separately on Friday, the University of Michigan said its consumer sentiment measure eased in January. A third report from the National Association of Realtors showed contracts to purchase homes decreasing for a fourth straight month in December, suggesting some moderation in the housing market, one the economy’s star performers.

Growth is expected to decelerate to around a 2-per-cent rate in the first quarter as the economy works through the disruptions from a virus surge in winter. The government provided nearly US$900-billion in additional relief in late December. This together with an anticipated pick-up in the distribution of vaccines is likely to spur faster growth by summer.

U.S. President Joe Biden has also unveiled a recovery plan worth US$1.9-trillion, though the package is likely to be pared down amid worries about the nation’s swelling debt.

U.S. stocks were trading lower. The dollar was steady against a basket of currencies. U.S. Treasury prices fell.

The late December stimulus package included direct cash payments to some households and renewed a US$300 unemployment supplement until March 14. Government-funded programs for the self-employed, gig workers and others who do not qualify for the state unemployment programs as well as those who have exhausted their benefits were also extended.

In the 12 months through December, the so-called core PCE price index increased 1.5 per cent after advancing 1.4 per cent in November. The core PCE index is the Fed’s preferred inflation measure.

The gradually firming inflation environment was reinforced by a fourth report from the Labour Department showing its Employment Cost Index, the broadest measure of labour costs, rose 0.7 per cent last quarter after advancing 0.5 per cent in the third quarter.

That lifted the year-on-year rate of increase to 2.5 per cent from 2.4 per cent in the third quarter.

The ECI is widely viewed by policy makers and economists as one of the better measures of labour market slack and a predictor of core inflation as it adjusts for composition and job quality changes. Economists had forecast the ECI climbing 0.5 per cent in the fourth quarter. Wages and salaries increased 0.9 per cent after gaining 0.4 per cent in the third quarter.

But with employment still 10 million jobs below its prepandemic peak, the rise is probably unsustainable. Still, inflation is seen accelerating in the months ahead as weak readings last March and April drop from the calculation.

Strengthening economic growth, driven by fiscal stimulus and the inoculation of more Americans against COVID-19, is also expected to boost price pressures.

Bottlenecks in the supply chain are raising costs for manufacturers and they are passing on the increases to consumers. Recent manufacturing surveys have shown a surge in price measures for both raw materials and finished products.

“Though inflation will accelerate this year, some of that will be transitory,” said Ryan Sweet, a senior economist at Moody’s Analytics in West Chester, Penn. 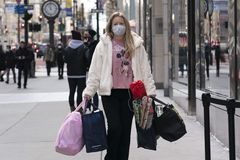 The investment opportunities of the massive consumer spending binge ahead. Plus, portfolio tips for the start of the Biden era
January 18, 2021 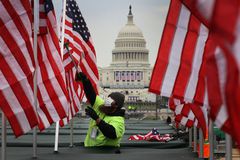