U.S. consumer spending slowed further in January, with sales at clothing stores declining by the most since 2009, a trend that could raise concerns about the economy’s ability to continue expanding at a moderate pace.

The economy’s outlook was also dimmed by other data on Friday showing industrial production decreased for a second straight month in January as unseasonably mild weather depressed demand for utilities, and Boeing Co. suspended production of its troubled 737 Max plane. The reports prompted economists to predict weaker economic growth in the first quarter.

They followed on the heels of Federal Reserve chair Jerome Powell’s remarks to lawmakers this week that the “economy is in a very good place, performing well.” The U.S. central bank last month left interest rates steady and is widely expected to keep monetary policy on hold this year after it reduced borrowing costs three times in 2019.

“The soft patch for consumer spending entered its sixth month in January,” said Michael Feroli, an economist at JPMorgan in New York. “With business investment spending still missing in action, the economy will need a more buoyant consumer to register above-trend growth.”

Retail sales excluding automobiles, gasoline, building materials and food services were unchanged last month. Data for December was revised down to show the core retail sales rising 0.2 per cent instead of jumping 0.5 per cent as previously reported. Core retail sales correspond most closely with the consumer spending component of gross domestic product.

The unchanged reading in core retail sales suggested a further loss of momentum early in the first quarter after consumer spending grew at a 1.8-per-cent annualized rate in the October-December quarter. That was a step-back from the 3.2-per-cent pace logged in the third quarter.

The slowdown in consumer spending, together with a deepening downturn in business investment and weak manufacturing cast a shadow on the longest economic expansion on record, now in its 11th year. The economy also facing risks from the deadly coronavirus, which has prompted economists to downgrade their growth estimates for the Chinese economy.

U.S. stocks were mixed as investors digested the weak data and worried about the coronavirus epidemic’s impact on the global economy. The dollar was steady against a basket of currencies, while U.S. Treasury prices rose.

Boeing last month suspended production of the Max plane, which has been grounded since last March after two deadly crashes in Indonesia and Ethiopia. Economists estimate Boeing’s biggest assembly-line halt in more than 20 years could slice at least half a percentage point from first-quarter GDP growth.

Economists also expected the coronavirus to disrupt supply chains for manufacturers, especially electronic goods producers, although higher inventories at factories could soften some of the hit on industrial output.

“While U.S. supply chains are more integrated with China today than they were a few decades ago, inventories in the manufacturing sector are relatively high,” said Sarah House, a senior economist at Wells Fargo Securities in Charlotte, N.C. “That said, it can often only take a single out-of- stock part to disrupt production. Therefore, we would expect production to remain fairly weak the next couple of months.”

In the wake of Friday’s reports growth estimates for the January-March quarter ranged from as low as a 1-per-cent rate to as high as a 2.4-per-cent pace. The economy grew at a 2.1-per-cent rate in the fourth quarter, lifted by an improvement in the trade balance as imports declined sharply.

Consumer spending is slowing despite a strong labour market, which is steadily lifting wages. There is cautious optimism for some pickup, with a third report on Friday showing the University of Michigan’s consumer sentiment index increased in early February. But higher consumer sentiment has not translated into robust spending in recent months.

In January, overall retail sales rose 0.3 per cent, but data for December was revised down to show sales gaining 0.2 per cent instead of climbing 0.3 per cent as previously reported.

Sales were lifted by an auto purchases, which rebounded 0.2 per cent after slumping 1.7 per cent in December. Receipts at service stations fell 0.5 per cent. Sales at electronics and appliance stores decreased 0.5 per cent. Sales at building material stores jumped 2.1 per cent, the most since last August, after rising 1.3 per cent in December. Sales were likely buoyed by unusually warmer temperatures, which have boosted activity in the construction sector.

Receipts at clothing stores dropped 3.1 per cent last month, the most since March, 2009. Clothing retailers have been struggling with plummeting mall traffic as consumers opt for online shopping. Macy’s announced this month plans to close 125 of its least productive stores over the next three years and cut more than 2,000 corporate jobs.

Online and mail-order retail sales rose 0.3 per cent. That came after a 0.1-per-cent dip in December. Receipts at furniture stores rose 0.6 per cent.

Americans boosted spending at restaurants and bars, with sales increasing 1.2 per cent. But they cut back on spending at health and personal-care stores. Spending at hobby, musical instrument and book stores edged up 0.1 per cent. 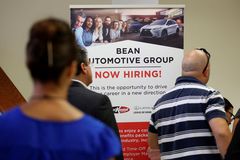 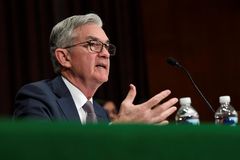 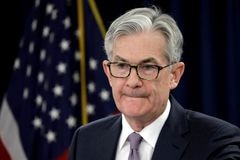