U.S. employment growth accelerated from a 17-month low in March, assuaging fears of an abrupt slowdown in economic activity, but a moderation in wage gains supported the Federal Reserve’s decision to suspend further interest rate increases this year.

“This was a Goldilocks report, with a rebound in job growth to calm fears of an imminent recession, and wage growth that was solid enough without triggering inflationary concerns,” said Curt Long, chief economist at the National Association of Federally-Insured Credit Unions. “The Fed will be pleased, as it supports their present stance of holding firm on rates.”

The U.S. central bank last month halted its three-year campaign to tighten monetary policy, dropping projections for any rate hikes this year after lifting borrowing costs four times in 2018. Nonfarm payrolls rose by 196,000 jobs in March. Data for February was revised modestly up to show 33,000 jobs created instead of the previously reported 20,000. February job gains were the smallest since September 2017.

The economy has shifted into lower gear as stimulus from the Trump administration’s $1.5-trillion tax-cut package as well as increased government spending fades. A trade war between Washington and Beijing, and slowing global growth have also taken a toll on the economy, which in July will celebrate 10 years of expansion, the longest on record.

President Donald Trump has boasted about the economy, especially the labour market, as being one of the big wins of his first term in office. Sluggish growth, if it persists, could pose a challenge to Mr. Trump’s re-election hopes next year.

Mr. Trump, who has blamed the Fed’s relatively tighter monetary policy for the slowdown in economic activity, on Friday urged the central bank to cut interest rates.

Economists polled by Reuters had forecast payrolls increasing by 180,000 jobs last month. The pickup in job growth helped to boost U.S. stocks. The dollar rose marginally against a basket of currencies, while U.S. Treasury prices were mixed.

The employment report added to fairly upbeat construction spending and factory data that led Wall Street banks to boost their growth estimates for the first quarter.

Growth forecasts for the first quarter are between a 1.4 per cent and 2.1 per cent annualized rate. The economy grew at a 2.2 per cent rate in the fourth quarter, stepping down from the July-September quarter’s brisk 3.4-per-cent pace.

The length of the average workweek rose to 34.5 hours from 34.4 hours in February. As a result of the rebound in employment, modest wage gains and more hours worked, the aggregate weekly payrolls index, a proxy for take-home wages, increased 0.5 per cent last month, which bodes well for consumer spending after it stalled in January.

“The first quarter has been challenging, but the economy has better momentum entering the second quarter, said Roiana Reid, an economist at Berenberg Capital Markets in New York.

The unemployment rate was unchanged at 3.8 per cent in March, close to the 3.7 per cent that Fed officials project it will be by the end of the year. Though monthly job gains have moderated to an average of 180,000 this year from 223,000 in 2018, they remain above the roughly 100,000 a month needed to keep up with growth in the working-age population.

Economists expect job growth to average about 150,000 a month this year. There are about 7.58 million open jobs in the economy. Vacancies could remain elevated as 224,000 people dropped out of the labour force last month.

The labour force participation rate, or the proportion of working-age Americans who have a job or are looking for one, fell to 63.0 per cent in March from 63.2 per cent in February, which was the highest in more than five years.

Employment at construction sites rebounded by 16,000 jobs in March after falling by 25,000 in February. Leisure and hospitality sector payrolls accelerated by 33,000 jobs last month, driven by a 27,300 increase at restaurants and bars.

Auto manufacturers have announced thousands of job cuts to deal with slowing sales that have led to an inventory bloat.

Professional and business services employment increased by 37,000 jobs last month. The government added 14,000 jobs in March. There were increases in health care, transportation and warehousing employment, as well as financial activities, utilities and information industries.

But retail payrolls fell for a second straight month in March. Temporary help, a harbinger for future hiring, declined for the second time in three months. 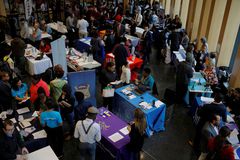 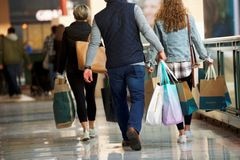 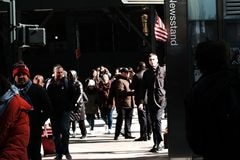