U.S. consumer confidence rebounded in April and new home sales increased more than expected in March, pointing to underlying strength in the economy despite signs that growth slowed in the first quarter.

Other data on Tuesday also showed house prices increasing solidly in February. Strong consumer confidence and rising house prices should underpin consumer spending, which appears to have braked sharply at the start of the year.

“Americans appear to think the economy is headed in the right direction and it’s not just all talk because their greater confidence is leading them to buy more new homes,” said Chris Rupkey, chief economist at MUFG in New York.

“Everywhere you look confidence seems to be a rising tide that will lift all the boats.”

The Conference Board said its consumer confidence index increased to a reading of 128.7 this month from a downwardly revised 127.0 in March. The index was previously reported at 127.7 in March. Confidence raced to more than a 17-year high of 130.0 in February.

Consumers’ short-term expectations also improved in April, with the share of those expecting their incomes to decline over the coming months reaching its lowest level since December 2000. But the survey’s so-called labour market differential, derived from data on respondents’ views on whether jobs are plentiful or hard to get, fell to 22.9 from 23.8 in March.

That measure closely correlates to the unemployment rate in the Labor Department’s employment report. The jobless rate has been stuck at 4.1 per cent for six straight months.

The economy added 103,000 jobs in March, the fewest in six month. Though economists shrugged off the modest job gains as payback after February’s outsized increase in hiring, they also acknowledged that employment growth was slowing.

“We have now seen two straight months of weakening in the labour market differential since the high for the cycle to date that was reached in February,” said Daniel Silver, an economist at JPMorgan in New York. “Several other labour market indicators have also cooled off over the past month or so.”

Consumer confidence has remained strong despite stock market volatility, which was in part triggered by fears of a trade war between the United States and China, as well as geopolitical worries. In April, confidence was high among households with an annual income below $25,000 and those in the $75,000-$125,000 bracket.

Stocks on Wall Street reversed earlier gains as the yield on the 10-year U.S. Treasury note breached 3 per cent for the first time in more than four years.

Prices of U.S. Treasuries were mostly trading lower while the dollar dipped against a basket of currencies.

In a separate report, the Commerce Department said new home sales increased 4.0 per cent to a seasonally adjusted annual rate of 694,000 units last month as sales in the West surged to their highest level in more than 11 months.

Adding to the report’s strength, February’s sales pace was revised up to 667,000 units from the previously reported 618,000 units. Data for January was also revised to show sales unchanged instead of declining 4.7 per cent.

New home sales, which account for 11 per cent of housing market sales, jumped 8.8 per cent from a year ago.

While the bullish new home sales report did little to change economists’ expectations that residential investment fell in the first quarter, it supported the view that an anticipated economic growth slowdown during that period would be temporary.

Gross domestic product estimates for the January-March quarter are below a 2 per cent annualized rate, largely reflecting weak consumer spending.

First-quarter GDP also tends to be soft because of a seasonal quirk. The economy grew at a 2.9 per cent rate in the fourth quarter. The government will publish its snapshot of first-quarter GDP on Friday.

A third report on Tuesday showed the S&P CoreLogic Case-Shiller composite index of home prices in 20 metropolitan areas increased 6.8 per cent in the 12 months to February after rising 6.4 per cent in January. House prices are being driven by an acute shortage of properties available for sale.

“Rising prices are a mixed bag for the housing market,” said Danielle Hale, chief economist for realtor.com. “While homeowners benefit from extra equity, potential buyers can get discouraged as the dream of home ownership becomes more elusive.”

Strong house price inflation was also corroborated by a fourth report from the Federal Housing Finance Agency (FHFA) that showed its house price index rising a seasonally adjusted 0.6 per cent in February after a 0.9 per cent increase in January.

Home prices advanced 7.2 per cent on a year-on-year basis in February. 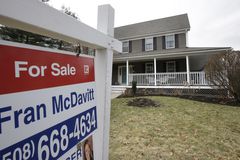 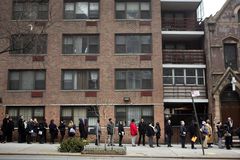 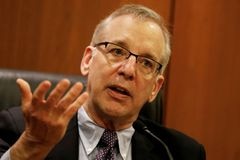