U.S. services sector activity expanded at a brisk pace in May and industries hired more workers, offering some respite for an economy that is slowing following a temporary boost from exports and an accumulation of inventories in the first quarter.

The survey from the Institute for Supply Management (ISM) on Wednesday followed a raft of weak reports on consumer spending, housing and manufacturing that suggested a sharp loss of momentum in economic growth early in the second quarter.

Slowing growth, worsening trade tensions between the United States and China, and looming U.S. tariffs on goods imported from Mexico have led some economists to expect the Federal Reserve to cut interest rates this year.

The U.S. central bank early this year suspended its three-year monetary policy tightening campaign. Fed Chairman Jerome Powell on Tuesday said the central bank was closely monitoring the implications of the trade tensions on the economy and would “act as appropriate to sustain the expansion.”

The ISM said its non-manufacturing activity index rose 1.4 points to a reading of 56.9 in May. A reading above 50 indicates expansion in the sector, which accounts for more than two-thirds of U.S. economic activity. Economists polled by Reuters had forecast the index would be unchanged at 55.5 last month.

The May increase in services industry activity reflected a jump of 1.7 points in the production subindex. Activity was also boosted by gains in the new orders measure.

A gauge of services industry employment surged 4.4 points to a seven-month high. The ISM said while businesses in the services sector were mostly optimistic about overall business conditions, “concerns remain about tariffs and employment resources.”

President Donald Trump in early May slapped additional tariffs of up to 25% on $200 billion of Chinese goods, which prompted retaliation by Beijing. Trump announced last week that he would impose a tariff on all goods from Mexico in a bid to stem the tide of illegal immigration across the U.S.-Mexican border. The tariff would start at 5% on June 10.

Businesses in the utilities industry said they were “waiting to see the impact of Chinese import tariff,” while their counterparts in the mining sector said because of the trade war, “it has been very difficult to plan in a long term ahead.”

Stocks on Wall Street were trading higher. The dollar firmed against a basket of currencies. U.S. Treasury prices rose.

The trade tensions and fading stimulus from the White House’s tax cuts and spending increases are slamming the brakes on the economy. The Atlanta Fed is forecasting gross domestic product to rise at a 1.3% annualized rate in the second quarter.

The economy grew at a 3.1% pace in the first quarter, lifted by increases in exports, inventories and defence spending. Goods exports fell sharply in April and the inventory overhang, which is mostly concentrated in the auto sector, is weighing on production at factories.

A separate report from the Fed on Wednesday showed tariffs continued to cause anxiety among businesses. In its Beige Book report of anecdotal information on business activity collected from contacts nationwide, the central bank described economic activity as expanding at a “modest” pace from April through mid-May. It said the outlook for the months ahead was “solidly positive but modest.”

Last month’s jump in hiring by services sector businesses suggested that a sharp slowdown in private payrolls growth in May shown in another report on Wednesday was probably a fluke.

The ADP National Employment Report showed private employers added only 27,000 jobs in May, the fewest since March 2010, after creating 271,000 positions in April.

The ADP figures came ahead of the Labor Department’s more comprehensive nonfarm payrolls report on Friday, which includes both public- and private-sector employment. The ADP report, which is jointly developed with Moody’s Analytics, has a poor record predicting the private payrolls component of the government’s employment report.

Economists polled by Reuters are forecasting nonfarm payrolls to have increased 185,000 in May. The unemployment rate is seen unchanged at 3.6 per cent.

“Our hunch is that the drop-off in ADP’s estimate of private payrolls growth is likely a blip,” said Roiana Reid, an economist at Berenberg Capital Markets in New York. “If the May employment report also exhibits similar weakness, that would provide a more forceful indication that companies are scaling back hiring because of concerns about the economic outlook.”

According to the ADP report, employment in the goods-producing sector fell by 43,000 jobs in May, the first drop in nearly 2-1/2 years. Manufacturing payrolls decreased 3,000 and construction shed 36,000 positions, the most since 2010. 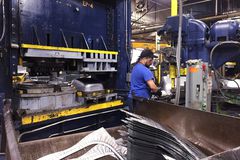 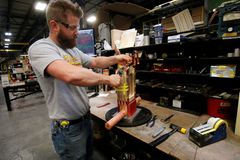 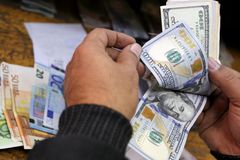