The United States is suing Canada and a host of other countries at the World Trade Organization for retaliating against Donald Trump’s tariffs on steel and aluminum, firing the latest salvo in the President’s global trade war.

Mr. Trump’s trade chief, Robert Lighthizer, said on Monday that U.S. tariffs “are justified,” but the retaliation of other countries is “completely without justification.” The five parallel WTO complaints target Canada, the European Union, Mexico, China and Turkey.

“The actions taken by the President are wholly legitimate and fully justified as a matter of U.S. law and international trade rules,” Mr. Lighthizer said in a statement. “The United States will take all necessary actions to protect our interests.”

The United States imposed tariffs of 25 per cent on steel and 10 per cent on aluminum on China and other countries in March, then on Canada, Mexico and the EU in June. Canada fired back on July 1 with levies on $16.6-billion worth of American goods, including steel and aluminum, plus consumer products such as whisky, ketchup and frozen pizza.

The WTO challenge comes as Mr. Trump considers putting a further 25-per-cent levy on all cars and trucks imported to the United States, a move that could throw hundreds of thousands of people out of work and devastate the heavily integrated continental auto industry.

The United States cited a “national security” provision, Section 232 of the 1962 Trade Expansion Act, as the reason for imposing its steel and aluminum tariffs. The Trump administration says it has to keep foreign imports out of the country to build up the domestic metal-making capacity so it can make its own steel and aluminum in the event of a war. The United States argues that this justifies the tariffs under international rules, but that other countries’ retaliation is illegal because they imposed tariffs without going through the WTO.

Canada has argued that the national-security rationale was merely an excuse to impose protectionist tariffs.

The Trump administration has, however, sometimes undercut its own rationale. In a Senate hearing last month, U.S. Commerce Secretary Wilbur Ross conceded that Canada is not a national-security threat and said the United States imposed the tariffs on Canada and Mexico as leverage in North American free-trade agreement talks. The United States is demanding new NAFTA rules that would oblige auto makers to use a guaranteed percentage of North American steel.

“Unfortunately, those talks were not able to come to a conclusion,” he said. “Our objective us to have a revitalized NAFTA … as part of that, the 232s would logically go away,” Mr. Ross added, referring to the national-security provision.

Canadian officials have said the stalled negotiations will resume this summer, but have not set any dates for further negotiations.

Toronto trade lawyer Lawrence Herman said the WTO dispute will turn on whether the U.S. tariffs can fairly be considered national-security measures, or whether they are simply protectionist “safeguard actions.” It could be a watershed case that sets the parameters of international trade law.

“That’s the issue that will be front and centre in this case: Are these safeguard actions with the right to retaliate, or are these national-security measures without a right to retaliate? That issue has never been litigated in the WTO,” Mr. Herman said.

The outcome could also determine whether the Trump administration, if it is still in office when the dispute is resolved, stays in the WTO, which it has frequently criticized.

Canadian trade lawyer Mark Warner said that Mr. Lighthizer has a viable legal case. The WTO could very well find that Mr. Trump’s rationale for the tariffs is justified and that the other countries should not have retaliated outside of the WTO.

“In many ways, those unprecedented unilateral retaliatory tariffs prior to a finding of fault by a World Trade Organization panel [on the U.S. tariffs] are more legally suspect in the WTO than the U.S. national security rationale,” he wrote in an e-mail. U.S. presidents before Mr. Trump have maintained that the national-security exception is up to the United States to judge, he said.

Joseph Galimberti, president of the Canadian Steel Producers Association, whose members are getting hit with the U.S. tariff, argued that Ottawa’s retaliation was legal. “Canada’s response tariffs are wholly justified under international law and sadly required to protect Canadian businesses and employees,” he said.

Canada and the United States are already locked in several other WTO disputes, including a sweeping case Ottawa brought earlier this year attacking the United States’ entire system of punitive tariffs for subsidized exports from other countries.

Ontario Premier Doug Ford’s government, meanwhile, will make its first foray into the trade war later this week. Economic Development Minister Jim Wilson will travel to Washington to present to a U.S. Commerce Department hearing on the prospective auto tariffs. 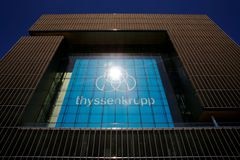 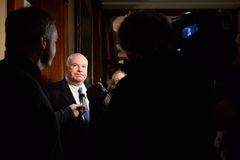 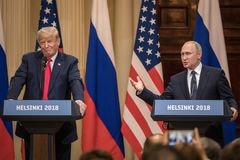