Contracts to buy U.S. previously owned homes rose to a nearly 14-1/2-year high in June, the latest indication that the housing market was weathering the COVID-19 pandemic far better than the broader economy.

Other data on Wednesday showed a sharp decline in the goods trade deficit last month, with trade boosted by a rebound in exports after three straight monthly decreases as the coronavirus upended global demand. The upbeat reports, however, did not change expectations that the economy contracted at its steepest pace since the Great Depression in the second quarter.

The National Association of Realtors said its Pending Home Sales Index, based on contracts signed last month, rose 16.6 per cent to 116.1 in June. That was the highest level since January 2006.

Economists polled by Reuters had forecast pending home contracts, which become sales after a month or two, increasing 15 per cent in June. Pending home sales advanced 6.3 per cent from a year ago.

The report followed on the heels of news on Tuesday that the home ownership rate raced to its highest level in nearly 12 years in the second quarter.

Reports this month showed a surge in home builder confidence in July, and an acceleration in home construction and sales of both new and previously owned homes in June.

The housing market is being boosted by historically low mortgage rates, offsetting record unemployment triggered by the coronavirus crisis, which has fallen disproportionately on workers in low-wage industries.

The public health crisis has seen the emergence of home offices and schooling, fuelling demand for bigger homes in small metro areas, rural markets and large metro suburbs. But hurdles remain for the sector, which accounts for less than 5 per cent of gross domestic product.

New cases of the respiratory illness are surging across the country. Analysts say disrupts to economic activity as authorities try to slow the spread of the virus could unleash a wave of white-collar job losses. There is also a persistent shortage of homes available for sale.

“The spike in COVID-19 infections in states in the South and the West, regions that account for well over 60 per cent of existing home sales, may put some downward pressure on sales in the months ahead,” said Nancy Vanden Houten, lead economist at Oxford Economics in New York. Stocks on Wall Street were trading higher. The dollar fell against a basket of currencies. U.S. Treasury prices were mixed.

In a separate report on Wednesday, the Commerce Department said the goods trade deficit dropped 6.1 per cent to $70.6 billion last month. Exports of goods accelerated 13.9 per cent to $102.6 billion, eclipsing a 4.8 per cent increase in goods imports to $173.2 billion. Goods imports fell in May to their lowest level since July 2010.

The rebound in exports was led by a 144.1 per cent surge in shipments of motor vehicles and parts. Exports of capital goods soared 11.0 per cent and consumer goods jumped 12.6 per cent. There were also increases in exports of industrial supplies and other goods, but shipments of food, feeds and beverages fell.

Imports of motor vehicles and parts accelerated 107.7 per cent last month. There were also strong gains in imports of capital and consumer goods. Imports of industrial supplies, however, fell.

Though the smaller goods trade deficit is a boost in the calculation of gross domestic product, it was offset by continued decreases in retail and wholesale inventories. Prior declines in imports forced businesses to draw down inventories.

“Even with the narrowing in the deficit between May and June, it widened on average between the first and second quarter so net exports should drag on growth in the second quarter,” said Daniel Silver, an economist at JPMorgan in New York.

The government is scheduled on Thursday to publish its snapshot of second-quarter GDP. According to a Reuters survey of economists, GDP probably contracted at a 34.1 per cent annualized rate last quarter, the sharpest drop in output since record-keeping started in 1947. The economy contracted 5 per cent in the January-March quarter. It entered recession in February.

Retail inventories, excluding motor vehicles and parts, the component that goes into the calculation of GDP, fell 0.8 per cent after dropping 1.7 per cent in May. Wholesale inventories fell 2.0 per cent in June after sliding 1.2 per cent in the prior month. 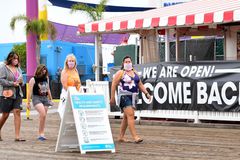 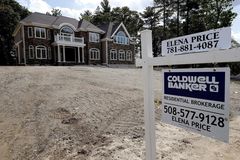 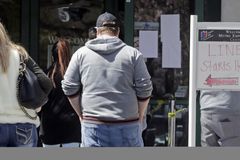