The weekly unemployment claims report from the Labor Department on Thursday, the most timely data on the economy’s health, also showed at least 20.3 million people on unemployment benefits at the end of October, threatening the recovery from the worst recession since the Great Depression.

About 12 million people will lose benefits next month when two government-funded programs expire a day after Christmas. Another rescue package for businesses and the unemployed is unlikely before then. U.S. President Donald Trump is heavily focused on disputing his election loss to Democrat Joe Biden, who will inherit the public health crisis and a frail economy when he takes office in January.

“You don’t have to warn the jobless that momentum is fading and the risks are high, they are living it every day without a paycheque and with employment opportunities in increasingly short supply,” said Chris Rupkey, chief economist at MUFG in New York.

“The blame falls squarely on Washington, where there is no attempt to fight the virus in a co-ordinated manner or to fight the recession by renewing and extending the unemployment benefits to the millions of jobless workers in the country.”

Initial claims for state unemployment benefits increased 31,000 to a seasonally adjusted 742,000 for the week ended Nov. 14. Economists polled by Reuters had forecast 707,000 applications for the latest week.

Unadjusted claims rose 18,344 to 743,460 last week. Economists prefer the unadjusted number because of earlier difficulties adjusting the claims data for seasonal fluctuations owing to the economic shock caused by the pandemic. Including a government-funded program for the self-employed, gig workers and others who do not qualify for the regular state unemployment programs, 1.1 million people filed claims last week.

Daily new COVID-19 cases in the United States have been exceeding 100,000 since early November, pushing the number of infections in the country above 11 million, according to a Reuters tally. Forty-one states have reported daily record increases in coronavirus infections. The country’s death toll has surpassed 250,000.

Many jurisdictions have imposed restrictions on businesses to try to contain the spread of the virus.

“With more localized restrictions and signs of households hunkering down the past couple of weeks, we expect initial filings to stay elevated,” said Sarah House, a senior economist at Wells Fargo Securities in Charlotte, N.C.

The ebbing economic momentum was underscored by a survey from the Philadelphia Federal Reserve on Thursday showing manufacturing activity in the mid-Atlantic region slowing in November as orders moderated. Although factories in the region that covers eastern Pennsylvania, southern New Jersey and Delaware hired more workers and increased hours, manufacturers were less upbeat about business conditions and capital expenditure programs over the next six months.

But the housing market continues to shine. Existing home sales increased 4.3 per cent to a rate of 6.85 million units in October, the highest level since November, 2005, the National Association of Realtors said in a third report.

U.S. stocks were mixed. The dollar rose against a basket of currencies. U.S. Treasury prices were higher.

Unemployment claims dropped from a record 6.867 million in March as about 80 per cent of the people temporarily laid off in March and April were rehired, accounting for most of the rebound in job growth over the past six months.

The latest wave of coronavirus infections and restrictions will weigh heavily on bars and restaurants as well as other businesses in the services sector that attract crowds.

It coincides with the end of more than US$3-trillion in government pandemic relief, which helped to preserve jobs.

The government-funded program for people who do not qualify for state benefits and another for those who have exhausted their six months of eligibility will lapse in December, creating what economists have called an income cliff.

“The loss of benefits would lead to a big hit in household incomes and spending, putting the recovery at risk,” said Gus Faucher, chief economist at PNC Financial in Pittsburgh.

The claims data covered the period that the government surveyed businesses for the non-farm payrolls portion of November’s employment report. Claims have become an unreliable gauge of job growth because of filing problems.

Nonfarm payrolls increased by 638,000 jobs in October, the smallest gain since the jobs recovery started in May. Only 12.1 million of the 22.2 million jobs lost in March and April have been recovered.

Although the number of people receiving benefits after an initial week of aid declined 429,000 to 6.372 million in the week ending Nov. 7, that was because many have exhausted their eligibility, which is limited to six months in most states.

A record 4.377 million workers filed for extended unemployment benefits in the week ending Oct. 31, up 233,458 from the prior week. 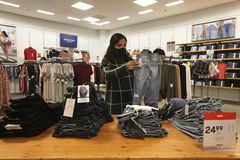 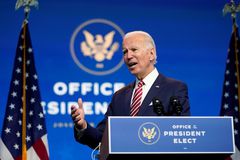