The number of Americans filing first-time claims for jobless benefits jumped to a near three-month high last week as mounting new COVID-19 infections caused more business restrictions, further evidence that the pandemic and lack of additional fiscal stimulus were hurting the economy.

The weekly unemployment claims report from the Labour Department on Thursday, the most timely data on the economy’s health, followed in the wake of data last week showing job gains in November were the smallest since the recovery started in May. Labour market distress is keeping inflation muted, with prices rising moderately in November, other data showed.

“Mass unemployment continues to weigh on economic growth and demand,” said Chris Rupkey, chief economist at MUFG in New York. “If Congress continues to sit on its hands without voting on a new relief package, the plight of the nation’s unemployed is going to grow darker by the hour.”

Initial claims for state unemployment benefits surged 137,000 to a seasonally adjusted 853,000 for the week ended Dec. 5, the highest since mid-September. The weekly increase was the largest since last March, when the country was battered by the first wave of coronavirus infections.

Economists polled by Reuters had forecast 725,000 applications in the latest week.

Unadjusted claims vaulted 228,982 to 947,504 last week. Economists prefer the unadjusted number because of earlier difficulties adjusting the claims data for seasonal fluctuations owing to the economic shock caused by the pandemic. Including a government-funded program for the self-employed, gig workers and others who do not qualify for the regular state unemployment programs, 1.4 million people filed claims last week.

The United States is in the throes of a fresh wave of coronavirus infections, with the number of confirmed cases crossing the 15 million mark on Tuesday. New strict stay-at-home orders went into effect in California earlier this week, affecting about three-quarters of the nearly 40 million people in the country’s most-populous state.

Other states and local governments have also imposed restrictions on businesses, which economists expect to lead to a fresh round of layoffs during winter, especially without additional pandemic relief money from the government.

A deal on another rescue package remained elusive on Wednesday, with Senate Majority Leader Mitch McConnell saying Congress was still looking for a way forward.

The claims report also showed the number of people receiving benefits after an initial week of aid increased 230,000 to 5.757 million in the week ended Nov. 28. That was the first increase since August. The so-called continuing claims had been pushed down in part by people exhausting their eligibility for benefits, limited to 26 weeks in most states.

At least 4.533 million people were on extended benefits during the week ending Nov. 21. These benefits, which are funded by the government, are set to expire on Dec. 26, if Congress does not reach a deal on another round of stimulus.

More than 19 million people were receiving benefits under all programs during that period.

Though a government watchdog found the claims data are inaccurate because of people filing multiple claims, processing backlogs and fraud, they are broadly in line with other labour market data that have suggested a slowing in the recovery after a burst of hiring during the summer.

Jobless claims hit a record 6.867 million in March. They have been stuck above their 665,000 peak during the 2007-09 Great Recession. The economy created 245,000 jobs in November, the fifth straight monthly slowdown in employment growth. Only 12.4 million of the 22.2 million jobs lost in March and April have been recovered.

In a separate report on Thursday, the Labour Department said its consumer price index rose 0.2 per cent in November after being unchanged in October. In the 12 months through November, the CPI increased 1.2 per cent after a similar gain in October.

Economists had forecast the CPI edging up 0.1 per cent in November and rising 1.1 per cent year on year. There was a broad increase in prices last month, though food was slightly cheaper.

Excluding the volatile food and energy components, the CPI also increased 0.2 per cent after being flat in October.

Owners’ equivalent rent of primary residence, which is what a homeowner would pay to rent or receive from renting a home, was unchanged after rising 0.2 per cent the prior month. Rent inflation has been tamed by forbearance agreements between tenants and landlords and a government moratorium on evictions.

The cost of health care dipped 0.1 per cent after declining 0.4 per cent in October. In the 12 months through November, the so-called core CPI advanced 1.6 per cent, matching October’s increase.

The Federal Reserve’s preferred inflation measure, the Core Personal Consumption Expenditures (PCE) Price Index increased 1.4 per cent in the 12 months through October. The central bank has a 2-per-cent target, a flexible average. November’s core PCE price index data are scheduled to be released later this month. 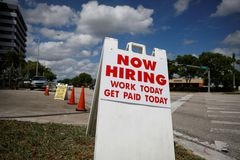 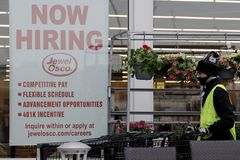 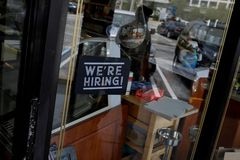