The number of Americans filing applications for unemployment benefits was unexpectedly unchanged at a five-month high last week, suggesting some softening in the labor market.

While other data on Thursday showed a mild pick-up in factory activity in the mid-Atlantic region this month, manufacturers reported a sharp slowdown in new orders, shipments and unfilled orders.

There were also declines in factory employment and hours measures. The persistent weakness in manufacturing is despite an easing in tensions in the 16-month trade war between the United States and China, which has depressed capital expenditure.

The reports added to last week’s downbeat October retail sales and manufacturing output data in suggesting the economy lost speed in the fourth quarter. Slower growth was underscored by the third straight monthly decline in a gauge of future economic activity in October. But the risks of a recession in the near term are low as the housing market is rebounding from last year’s soft patch, driven by lower mortgage rates.

The Federal Reserve last month cut interest rates for the third time this year and signaled a pause in the easing cycle that started in July when it reduced borrowing costs for the first time since 2008.

“This is no time for complacency, but it’s not time to panic either,” said Tim Quinlan, a senior economist at Wells Fargo Securities in Charlotte, North Carolina.

Initial claims for state unemployment benefits were flat at a seasonally adjusted 227,000 for the week ended Nov. 16, the highest level since June 22, the Labor Department said. Data for the prior week was revised to show 2,000 more claims received than previously reported.

Economists polled by Reuters had forecast claims decreasing to 219,000 in the latest week. The four-week moving average of initial claims, considered a better measure of labor market trends as it irons out week-to-week volatility, rose 3,500 to 221,000 last week, the highest since June 29.

The claims data covered the week that the government surveyed establishments for the nonfarm payrolls component of November’s employment report. The four-week average of claims rose 5,250 between the October and November survey weeks.

While that would suggest little change in job gains this month, employment growth will be boosted by the return to payrolls of about 46,000 workers at General Motors. The 40-day strike at the automaker’s plants in Michigan and Kentucky helped to hold back payrolls gains to 128,000 jobs in October.

“This recent weakening in the claims data points to some deterioration in the labor market,” said Daniel Silver, an economist at JPMorgan in New York. “We expect effects of the recent United Automobile Workers strike to boost the November employment count after depressing the October data.”

The dollar was steady against a basket of currencies, while U.S. Treasury prices fell. Stocks on Wall Street were trading lower as a row between Washington and Beijing over protests in Hong Kong cast doubts on the timing of a trade deal.

Job growth has slowed this year, averaging 167,000 per month compared with an average monthly gain of 223,000 in 2018, in part because of the U.S.-China trade spat, ebbing demand and a shortage of workers.

Minutes of the Fed’s Oct. 29-30 policy meeting published on Wednesday showed that while officials at the U.S. central bank viewed labor market conditions as remaining strong, they also acknowledged the slowdown in the pace of job gains.

Policymakers attributed the moderation in hiring to worker shortages and also viewed it as “indicative of some cooling in labor demand,” in line with recent declines in job vacancies.

Troubles for manufacturing, which accounts for 11 per cent of the economy, have persisted into the fourth quarter. In a separate report on Thursday, the Philadelphia Fed said its business conditions index rose to 10.4 in November from 5.6 in October.

But the survey’s measures of new orders, employment and shipments declined, pointing to underlying weakness in manufacturing in the region that covers eastern Pennsylvania, southern New Jersey and Delaware.

The Philadelphia Fed survey’s six-month business conditions index rose to 35.8 this month from 33.8 in October. But its six-month capital expenditures index tumbled to 19.4 from a reading of 36.4 in the prior month

A survey from the New York Fed last Friday showed a drop in its business conditions index this month and manufacturers remained pessimistic about conditions over the next six months.

Manufacturing is also being undercut by an inventory overhang, especially in the automobile sector, design problems at Boeing and slowing global growth.

The Fed minutes on Wednesday showed policymakers believed conditions for manufacturing “were unlikely to improve materially over the near term,” citing “continuing concerns about global growth and trade uncertainty.”

In a third report, the National Association of Realtors said existing home sales rose 1.9 per cent to a seasonally adjusted annual rate of 5.46 million units in October. But gains are likely to be limited. The median existing house price surged 6.2 per cent from a year ago to 270,900 in October, the biggest rise since June 2017. In addition, the stock of houses on the market fell.

“This is likely to be as good as it gets for existing home sales,” said Chris Rupkey, chief economist at MUFG in New York.

“Baby boomers are sitting on their properties and not downsizing or moving as much as earlier generations and this is likely to put the kibosh on any further improvement in existing home sales for this cycle.”

A fourth report from the Conference Board showed its Leading Economic Index dipped 0.1 per cent in October after declining 0.2 per cent in both September and August. 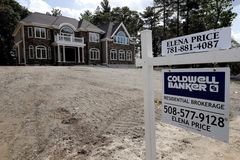 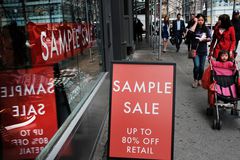 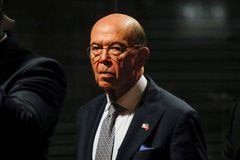