With a fierce battle for talent under way on Wall Street, U.S. law firms have begun to look north to feed their need for junior-level lawyers, wooing candidates away from Canadian firms with promises of huge pay increases. And recruiters say junior Bay Street bankers might be Wall Street’s next target.

“It’s been crazy – there’s no other word to describe it,” says Katherine Loanzon, a managing director at Kinney Recruiting in New York. She’s never seen such a heady pace of cross-border hiring in the legal sector. “U.S. law firms are having difficulty recruiting local talent, and they’re finding out there’s a pool of very bright, very capable attorneys right across the border who are also relatively cheap, considering they can come to the U.S. and double or triple their salary to market rates.”

The lawyer shortage is in part a by-product of the deluge of corporate dealmaking under way as the economy recovers from the pandemic. In the second quarter, global mergers and acquisitions activity hit a record US$1.5-trillion, according to data from Refinitiv. Meanwhile, the quarter also saw the highest number and deal value of IPOs in 20 years, according to the latest EY global IPO trends report.

While law firms have been operating at full speed and benefiting from a dramatic reduction in operating costs, associates have toiled from home without any of the perks that usually accompany the gruelling hours – everything from late-night dinners to mentorship from partners.

“A lot of the fun of practising law at a big firm is gone at the moment – getting dressed up, going downtown, hanging out with smart people – and they’re just left with the drudgery of work and more work from home,” says Cleo Kirkland, a managing partner with recruiting firm Korn Ferry in Toronto.

Several lawyers who have taken U.S. jobs told The Globe and Mail they were regularly fielding three or four calls a week from recruiters representing American firms.

“If you’re a transactional lawyer with a pulse and you’re halfway decent, you’ll get a job offer or six,” says one associate with a national firm who accepted an offer in the U.S. at the start of the summer and whose salary soared from less than $150,000 to US$240,000, not including a signing bonus and a pandemic bonus. “I really should not be making this much money at this stage in my life. It’s kind of crazy.”

The Globe agreed not to use the names of lawyers who have been recruited because they didn’t have permission from their new employers to speak.

Hard numbers on how many Canadian lawyers are jumping ship to the U.S. are difficult to come by, but a search of LinkedIn profiles found close to three dozen junior lawyers from Canada who have joined U.S. law firms so far this year.

In some cases, American firms have offered to let new recruits keep working from their homes in Canada indefinitely, a sign of how “aggressive” the American recruiting campaign is, Ms. Kirkland says. “If you’re a third-year associate making $150,000, and you can ship off your Canadian laptop and get an American one and double your money, for a lot of people that’s a no-brainer,” she says.

With most professionals working remotely during the pandemic, the process of cross-border recruitment has also become much easier, according to those who’ve made the move.

“Traditionally you’d have to go down to New York for interviews, and it would be a multiple-month process. But for me, it was not even two weeks,” says a third-year associate who worked in the capital markets practice at a national firm in Toronto until joining a New York law firm earlier this summer.

“Now, you just jump on a Zoom call, do the interview, they send you your laptop, and you hit the ground running. I’m not even in New York yet.”

While Canadian firms contend with the recruitment push from south of the border, the surge in domestic deal making means law offices are trying to boost their own ranks at the same time, often by poaching associates from smaller Canadian firms.

Many of the big domestic firms have also sought to hold onto junior lawyers by offering their own COVID-19 bonuses of between 10 per cent and 20 per cent of base salary, with one round of bonuses offered in the spring and another expected this fall, Ms. Kirkland says.

However, she adds, Canadian firms aren’t likely to boost their base salaries to fend off American poachers. “Firms are reluctant to shift the compensation scheme for associates because they don’t know how long this is going to last,” Ms. Kirkland says. “They don’t want to make decisions on the basis of this bubble.”

Alan Ross, a regional managing partner at Borden Ladner Gervais (BLG) in Calgary, says his law firm benefits from the U.S. capital markets boom through work on significant cross-border deals, but has also seen some associates targeted by international recruiters.

“We hire the best and have market-leading training, so it’s not surprising that on occasion our associates will look to opportunities in places like New York, London and Silicon Valley,” he says. “We’re also fortunate they rarely leave to cross the street to go to our competitors. If they choose to go to a New York, Silicon Valley or London, those are unique situations, and we do want to work with them, because they’re alumni who may be working with us on cross-border transactions and ultimately may want to return to Canada.”

Mr. Ross notes that he left Canada for five years in the late 1990s before coming back. “That was very much driven by the tech boom, but it didn’t last forever, and I think it could be similar here,” he says. “These things come in cycles.”

As for whether Canadian firms need to pay associates more to keep them from heading south, he says BLG emphasizes work-life balance and developing long-term career paths, “and you don’t necessarily see that in an international context,” he says. “I think in Canada, and certainly on behalf of BLG, we do watch the market to be very careful that our salaries are competitive, market-orientated, fair and transparent.”

As with lawyers, the red-hot pace of IPOs and M&A deals has led to a bonanza of job opportunities and pay raises for junior investment bankers and analysts on both sides of the border.

On Wall Street, a bidding war for talent spurred U.S. banks to jack the compensation packages being offered to junior employees in recent weeks. JPMorgan Chase, Citigroup and Barclays, for instance, have raised first-year analyst salaries to US$100,000 from roughly US$85,000.

Those moves came after a group of young investment bankers at Goldman Sachs spoke out in March about what they said were “inhumane” working conditions. Based on a survey of 13 anonymous Goldman employees, a slide deck released on social media complained of 95-hour work weeks and burnout.

With U.S. banks ramping up hiring to handle the increased deal flow, recruiters say those institutions are also starting to turn an eye toward Bay Street as a source of new junior hires.

“We’re seeing quite a large number of offers being given to Canadian junior bankers to go south of the border, either imminently or as things loosen up,” says Bill Vlaad, CEO of the Toronto-based financial services recruitment firm Vlaad and Co. “Once the proverbial border really opens up, we expect this fall there’ll be a large number of cross-border hires.”

Anthony Keizner, a managing partner with Odyssey Search Partners in New York, agrees. “We can infer from the examples we’re seeing that to replenish their ranks of investment banking analysts, U.S. banks are looking to the Canadian banks to see who may be willing, able and at the level required to make the move,” he says.

Crossing the border for work is an easier prospect for lawyers than bankers because of the rules surrounding TN visas, which permit certain Canadian and Mexican professionals to temporarily work in the U.S. for American or foreign employers.

While lawyers are considered an eligible profession, investment bankers are not. Economists and mathematicians do qualify, however, and bankers have in the past applied for entry under those categories.

Under the Trump administration, border officials were much quicker to reject those visa requests, but both Mr. Vlaad and Mr. Keizner say they see that changing under the Biden administration. “The American firms are saying to border agents, ‘We can’t find talent locally – you need to loosen up some of those international restrictions,’ ” Mr. Vlaad says. “There’s been a paradigm shift in the appetite for sell-side bankers.” 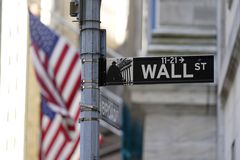 Wall Street charges ahead but some option traders hedge against sharp pullback
July 13, 2021 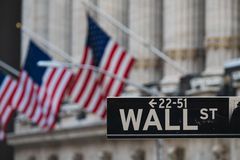