From an economic standpoint, Doug Ford has impeccable timing.

The provincial jobless rate is near a two-decade low, wage growth is picking up, and since the last election Ontario’s economic growth ranks second only to B.C.’s among the provinces.

But fresh off his victory Thursday night, Ontario’s next premier and his Progressive Conservative government face no shortage of economic challenges, ranging from immediate concerns to more structural issues that have stymied policy-makers across the developed world.

Ontario’s debt has skyrocketed. The province’s net debt – the amount left after subtracting cash and short-term investments from its debt – is slated to hit $325-billion this fiscal year, according to projections from the outgoing Liberals. A decade ago, it was roughly half that amount.

The situation, however, is not entirely gloomy. The province’s interest payments as a percentage of revenue are right in line with historic lows, and the debt-to-GDP ratio has edged lower of late. Moreover, in anticipation of higher interest rates, the Liberals have issued longer-term debt for several years, allowing them to lock in lower rates.

The concern, though, is that Queen’s Park failed to get its fiscal house in order during the good times, leaving Ontario with little flexibility to spend big during the next downturn.

“It’s almost inevitable that we’ll have some kind of economic difficulty over the next four years, broadly, in North America,” said Douglas Porter, chief economist at Bank of Montreal.

The Tories promised billions in new spending but never released a fully costed platform, casting doubt over how they would fund their plans. Mr. Ford has said he would run deficits for the first two or three fiscal years, but did not indicate the size of the shortfalls. 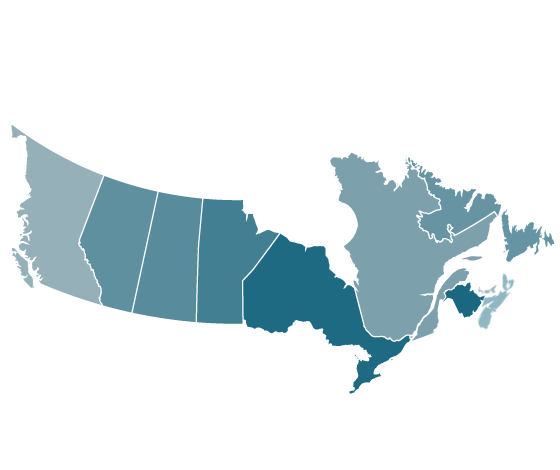 Imports/exports with U.S. as a % of provincial 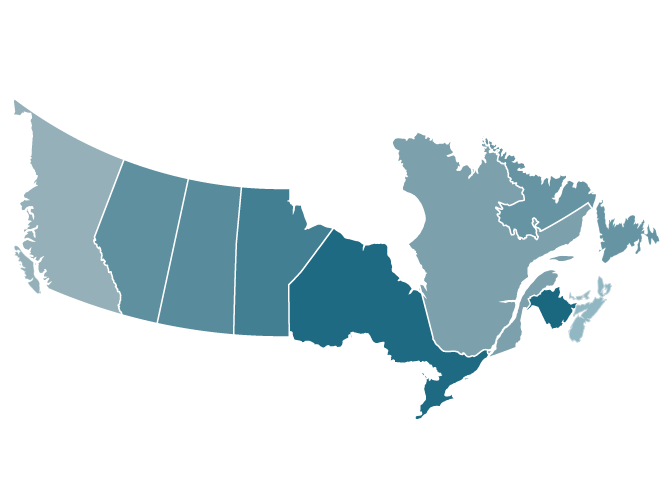 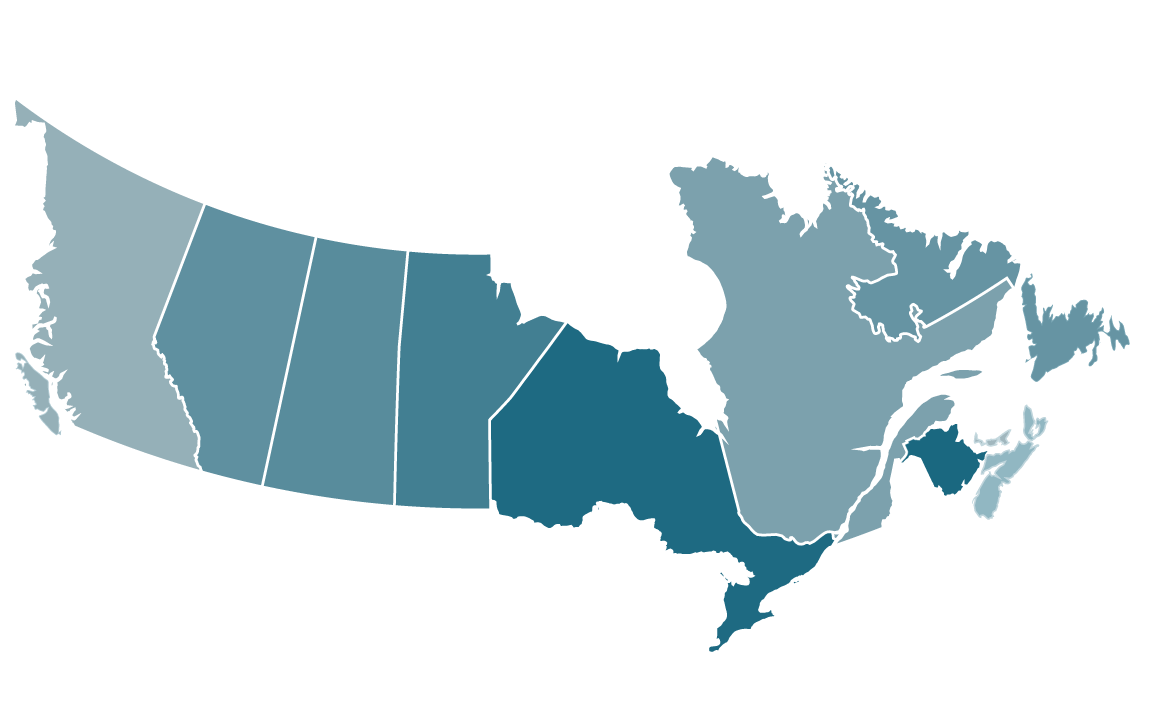 Rising U.S. protectionism is an especially critical matter to Ontario. The province’s trade with the United States in 2016 amounted to 49 per cent of its GDP – second only to New Brunswick in percentage terms, but by far the most in total dollars.

Canada, the U.S. and Mexico have yet to strike a new deal on the North American free-trade agreement, and tensions ratcheted up last week when the Trump administration imposed tariffs on steel and aluminum imports from its NAFTA neighbours and the European Union.

“[Ontario’s] industries are some of the industries that would be most vulnerable to protectionism – most notably autos and metals,” Mr. Porter said. “That’s a pretty clear danger over the near term to the Ontario economy.”

Following a slew of new real-estate rules, home prices in the Toronto area have pulled back. But they remain historically steep. Mortgage payments on a median-priced dwelling in the Greater Toronto Area would eat up 68 per cent of median household income before taxes, according to calculations from National Bank Financial.

But also, “to make it in 2018, you’ve got to have an affordable place to rent, and that’s as much of an issue in the big cities as buying,” said economist Armine Yalnizyan.

Indeed, the rental market in Toronto is pricey. The average rent on a Toronto-area condo now exceeds $2,300 a month – almost double the price in Montreal.

The Tories made scant mention of housing in their platform but vowed to “increase the supply of affordable housing” in the Greater Toronto Area without touching the environmentally sensitive Greenbelt. They would also maintain rent control “for existing tenants” in the province.

“The thing about the housing market is there’s so much of a game going on right now, too, with speculators buying units and not even putting them on the market because they they can claim a loss, which means they don’t have to pay as much in taxes,” Ms. Yalnizyan said. “The whole thing is a giant mess.”

Few provincial files have been as contentious as hydro. Electricity prices surged in recent years, particularly in 2015 and 2016, becoming a source of frustration for households and businesses alike.

To offer some relief, the Liberal government introduced the Fair Hydro Plan last year. At the household level, it appears to have made an impact: Inflation data show consumer spending on electricity has fallen markedly over the past year. Still, hydro remains a hot-button issue, and much of the ire has been aimed at transmission and distribution utility Hydro One, which the government publicly listed in in 2015. (The province still owns a 47-per-cent stake.) Despite the fact Hydro One does not set electricity rates, the company was subject to various campaign pledges to upend the business.

Though he doesn’t have the authority to do so, Mr. Ford has vowed to fire Mayo Schmidt, the chief executive officer of Hydro One. The Tories have also pledged to cut hydro rates by returning the company’s dividend payments to taxpayers and by shifting the cost of conservation programs onto provincial books.

Those two moves, however, would cost roughly $800-million a year.

The past decade has been great for job growth in the Greater Toronto Area and Ottawa. Just about everywhere else, it’s been almost nonexistent.

Over the 10 years ending in April, the Toronto area accounted for 80 per cent of new jobs in the province, as measured by the increase in employed persons. Ottawa took another 10 per cent. The rest of the province, comprising about half its population, split the remaining 10 per cent.

View more suggestions in Following Read more about following topics and authors
Follow Matt Lundy on Twitter @mattlundy33
Report an error Editorial code of conduct
Due to technical reasons, we have temporarily removed commenting from our articles. We hope to have this fixed soon. Thank you for your patience. If you are looking to give feedback on our new site, please send it along to feedback@globeandmail.com. If you want to write a letter to the editor, please forward to letters@globeandmail.com.
Comments