Politicians in every country love to take credit for spurring economic expansion. The numbers, however, beg to differ. Like it or not, we are living in the Great Slowdown.

In the United States, gross domestic product swelled at only a plodding 1.4-per-cent annual pace between 2006 and 2016, less than half the 3.2 per cent it achieved between 1970 and 2006. Figures for Canada show a roughly similar trend.

The remarkable feature of this growth slump is that it’s taking place despite a frenzy of innovation, demonstrated by bumper crops of new patents. The result is an odd era, full of fresh gadgets and services, but without much in the way of growth to show for all that ingenuity.

In a thought-provoking new paper called “Why has economic growth slowed when innovation appears to be accelerating?”, Robert Gordon, an economist at Northwestern University in Evanston, Ill., probes this apparent paradox. His conclusions take issue with much of the conventional optimism around education and technology. If Prof. Gordon, a well-known researcher in productivity and growth, is correct, we should get accustomed to living in a slow-growth world because many of the reasons for the current rough patch aren't going to change any time soon.

Aging populations, for instance, are now a long-term barrier to rapid industrial expansion in many countries. Just as intractable is the dramatic slide in labour productivity gains that has taken place all around the world, despite the new technology pouring into offices and factories.

One reason for this slide is the declining payoff from expanded education, Prof. Gordon says. Productivity typically gets a big boost as more and more workers finish high school and university, but those gains have a natural limit. Once most workers are educated, the additional benefit from schooling the few who remain is relatively small.

The payback from education is even more in doubt because the demand for certain types of cognitive skills appears to have peaked. For all the undoubted benefits from computerization, increasing automation has also reduced the number of routine office jobs and forced many well-educated workers into low-skilled positions. “By one account, the share of taxi drivers with a college degree increased from 1 per cent in the 1970s to 15 per cent in 2010,” Prof. Gordon notes.

Of course, there are exceptions to this trend. In some highly technical areas, demand for highly skilled researchers is soaring. But this trend isn't without its own costs. Prof. Gordon argues major new innovations come at a higher and higher price. It now takes roughly 15 times as many engineers and scientists as it did in the 1970s to achieve the same pace of improvement in computer chips. Similarly, new drugs are becoming more and more expensive to develop.

On top of all that, there are questions about whether the new innovations will deliver the same productivity gains as earlier breakthroughs. For example, 3-D printing seems better suited for small-batch manufacturing than mass production. Driverless vehicles, for all the hype around them, still can't completely replace human drivers if for no other reason than the inability of robots to hop off a truck and deliver a parcel to a front porch or mail room.

“In my daily life I regularly play a game called ‘find the robot,’ but there are no robots to be seen so far in retail stores, restaurants, construction sites, hotels, commercial aircraft, hospitals or the offices I visit of doctors, dentists and veterinarians,” Prof. Gordon says.

He argues that new waves of technology are more likely to have a gradual effect rather than a revolutionary impact. If so, we shouldn't expect any abrupt pickup in economic growth. But there is some good news: If robots aren't going to replace humans any time soon, prophecies of widespread unemployment because of automation aren't likely to come true. Call that the bright side of slow growth.

Opinion
Race to the top: Inclusive growth is the new growth model
April 26, 2018

Opinion
To succeed in the world of AI, business must collaborate with academia
April 24, 2018 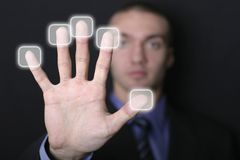 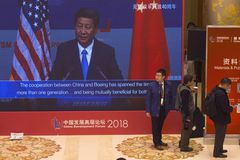