Canadians will be disappointed if they expected a clear signal this week from Bank of Canada Governor Stephen Poloz on the odds of a July interest-rate hike.

Citing the “litany of things we simply do not know,” Mr. Poloz said on Wednesday that foreshadowing rate decisions would put the bank’s credibility at risk and provide a false sense of certainty in an unusually volatile economic environment.

Mr. Poloz did offer a couple of clues about what is weighing on his mind as the bank prepares for its next rate announcement on July 11. He cited the fallout from escalating tariff battles with the United States and the impact of tougher new lending standards in Canada on mortgage renewals and the housing market.

“We expect these issues to figure prominently in our upcoming deliberations,” Mr. Poloz said as he wrapped up a speech in Victoria that was focused on the central bank’s efforts to improve transparency.

Most economists expect the pain from U.S. tariffs on billions of dollars’ worth of Canadian steel and aluminum exports to be relatively modest. A recent C.D. Howe working paper, for example, estimated Canada’s economy would take a 0.33-per-cent hit to GDP growth and lose 6,000 jobs. But Canada is poised to respond on July 1 with retaliatory tariffs that could impose costs on both sides of the border. The United States is also threatening additional tariffs on Canada’s auto industry, which is much larger than steel and aluminum.

New, stricter mortgage rules that took effect in January have cooled the country’s hottest housing markets, but have not precipitated the kind of crash many analysts had feared.

The Bank of Canada has raised its benchmark interest rate three times since last June – to 1.25 per cent from 0.5 per cent − as the economy neared full capacity and inflation approached its key target of 2 per cent.

Just before Mr. Poloz’s speech, Bloomberg’s monetary policy tracker rated the odds of a July 11 rate hike at 60.7 per cent.

“Poloz, like the market, may be for now on the fence for a July hike,” CIBC chief economist Avery Shenfeld said in a research note. “We’ll stick to our call that rates will indeed rise in July, but it’s a close one, and that’s consistent with our long-held view that July’s move would be the last one for this year.”

Speaking to reporters after the speech, Mr. Poloz pointed out that economic growth and inflation are still evolving largely as the bank expected in its April forecast. And he said the central bank would not be swayed by less important indicators or political rhetoric.

On Friday, the bank is set to release its next business outlook survey – a summary of how business leaders see economic conditions. It’s typically the last piece of information that precedes rate decisions.

Mr. Poloz said the central bank can still improve its communication efforts, which have at times confused investors and analysts.

“We acknowledge that we have more work to do,” he told the Greater Victoria Chamber of Commerce. “We can be clearer in our communications with the general public. And we will be as clear as we can be with financial markets, always guided by what we know and what we do not know.”

Among the unknowns, Mr. Poloz cited the impact of trade wars on business investment and how Canada’s heavily indebted households will cope with higher borrowing costs.

Mr. Poloz said the bank is also working to make its speeches and documents understandable to a broader audience, according to Mr. Poloz. Polling by the bank suggests that as many as six million Canadians want to know how the economy works but can’t grasp it. Analysis by the bank found that most of its speeches and publications are aimed at people with university degrees, making them inaccessible to many.

The central bank started phasing out the practice of signalling its interest-rate moves in 2013.

“Not everyone was happy about this,” Mr. Poloz said. “But we have seen signs that financial markets have become more responsive to data surprises as a result, particularly over the past year.”​ 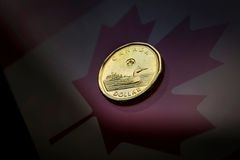 How low can the Canadian dollar go? ‘We don’t expect much relief for the ailing loonie’
Subscriber content
June 26, 2018 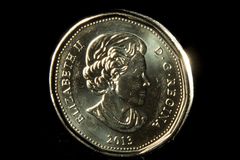