The Canada Energy Regulator says it will hear complaints from several of the country’s biggest energy producers over Enbridge Inc.'s plan to switch to long-term contracts to ship crude oil on its Mainline pipeline system.

The CER, formerly known as the National Energy Board, said it will “expedite” a process to solicit comments from the producers and Enbridge before the pipeline company’s “open season” for accepting bids ends on Oct. 2.

Enbridge proposes shifting away from a month-by-month system to allocating 90 per cent of space on the Mainline to committed shippers in contracts lasting up to 20 years. Suncor Energy Inc., Shell Canada Ltd., Canadian Natural Resources Ltd. and the Explorers and Producers Association of Canada have all complained to the regulator that this is an abuse of Enbridge’s market power. MEG Canada Corp. and ConocoPhillips Co. also submitted letters taking issue with Enbridge’s proposed plan.

Enbridge’s Mainline transports 70 per cent of the crude oil leaving Western Canada. A shortage of pipeline capacity out of Alberta coupled with uncertainty over when other oil-transport options such as Keystone XL and the Trans Mountain pipeline expansion will be completed give Enbridge the upper hand in negotiating pipeline space, producers say. They accuse Enbridge of using these circumstances to lock them into unreasonably long contracts.

“The one thing this proposal does is it secures Enbridge’s revenues for the next 20 years,” said analyst Samir Kayande, director of RS Energy Group, adding it allows the energy transporter to “shed” risk onto the shoulders of oil producers.

Last year, the pipeline bottleneck contributed to a glut of excess oil with no path to market. That resulted in a much bigger discount than usual on Canadian crude oil compared with West Texas Intermediate. Canadian producers worry Enbridge’s new system will mean they’ll get less access to the pipeline, which could depress prices for their product.

“If I were a producer, I would see this as Enbridge using a crisis that is impacting producers to feather its own nest,” Mr. Kayande said.

But Enbridge maintains its long-term contract plan is fair. Vice-president of liquids pipelines Guy Jarvis said it’s a balanced offer that came about after months of consultations with stakeholders. It’s also necessary to come up with a new system, he said, because Enbridge’s current tolling agreement expires in the summer of 2021.

“We’re convinced we’ve got the best compromise that’s available,” he said. “We’ve got a business we have to take care of."

There could end up being a little more space than 10 per cent for spot shippers, but only if not enough longer-term clients bid for contracts, Mr. Jarvis said. He said Enbridge is not considering amending the terms of its open season to accommodate Canadian producer complaints.

He added the four complaining companies are a minority among the pool of 40 or so customers Enbridge’s Mainline serves. Those clients include oil producers, marketers and refiners.

The Mainline delivers crude to refineries in the U.S. Midwest. Those refineries can buy Canadian crude relatively cheaply, in part because of lower transportation costs than crude moving all the way to the U.S. Gulf Coast. Long-term contracts with Enbridge could be appealing to Midwest refiners because they would get guaranteed access to Canadian crude at a stable price, analysts say.

The complaining oil producers want the CER to stop Enbridge’s open season until the new contract proposal is approved by the regulator. They also want Enbridge to amend its confidentiality agreements that restrict potential shippers from commenting in public on the proposed change in Mainline service.

The CER has asked those involved to submit arguments about whether the period of bidding for contracts should be held before or after the regulator has looked over Enbridge’s terms. The producers don’t want to sign up for contracts on a plan that hasn’t received CER approval, but Enbridge says it needs to conduct the open season first to gauge interest and then create a plan.

The CER also asked the producers and Enbridge to express their views on whether the regulator has the authority to put a halt to the open season, and what harm could result if it’s paused rather than allowed to continue.

“There will be dozens of highly skilled lawyers involved by the time we’re done,” said Richard Masson, an executive fellow at the University of Calgary’s School of Public policy. “It’s a big deal. Lots and lots of money depends on this.”

Enbridge could want to solidify long-term revenue streams now as the completion of other pipeline routes could threaten to poach volumes from the Mainline, GMP FirstEnergy suggested in a research note Monday. 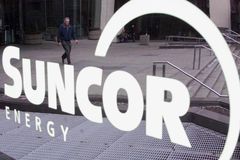 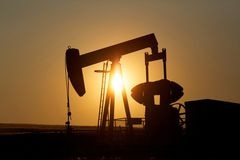