Over the past few years, North American gold producers have seen a noticeable uptick in share price volatility during earnings season, in part because investors are being blindsided by so-called “misses” or “beats” that analysts don’t see coming.

Before quarterly earnings are released, data providers such as Thomson Reuters canvass analysts on their expectations for metrics, such as earnings per share (EPS), revenue and non-GAAP items such as adjusted EPS.

Companies reporting better-than-expected results are seeing spikes over and above the norm in their share prices, while those failing to live up to expectations are experiencing even more pronounced sell-offs.

In a report sent to clients on Tuesday, Mr. Rollins wrote that companies that reported earnings misses during 2016 and 2017 immediately underperformed the overall gold mining sector by 3.5 per cent. That was markedly worse that during 2013-15, when a miss saw an underperformance of only 2.2 per cent.

Investors getting caught off guard by an earnings statement is far from the only factor contributing to increased trading volatility in precious metals stocks. With the explosion in interest in alternative sectors such as bitcoin and marijuana, investors have become less interested in mining, leading to decreased trading volumes. In addition, Mr. Rollins wrote, the move away from stocks into exchange-traded funds (ETFs), and the rise in popularity in algorithmic trading has added to volatility in mining stocks.

While mining companies may be powerless to counteract broad sectoral shifts and technological advances in trading, they can do something about disclosure – and that may help ease volatility.

“It is essential for the North American precious metal producers to improve the level of public disclosure ahead of quarterly earnings,” Mr. Rollins wrote.

“While many companies have begun to take a more proactive approach, we believe more work can be done,” he added.

By providing these details, analysts will have a better sense of what to expect from companies from quarter to quarter, which should lead to better earnings estimates and less surprises.

“While operational risk will always be inherent, we believe providing more detailed quarterly disclosure should reduce the risk of missing consensus earnings,” he said.

Matt Barasch, portfolio manager with RBC Dominion, says increased disclosure from mining companies is needed now more than in the past.

Over the past decade, North American analyst research budgets have fallen sharply owing to structural changes, including declining trading commissions, which historically was how dealers got paid. The decline in research budgets across both the sell-side and the buy-side means analysts can’t perform their due diligence as thoroughly as before, Mr. Barasch said.

“Everybody had these big analyst teams, and they were able to go out and see the mines and kick the tires. Whereas today, that just doesn’t exist anymore,” he said.

“It’s incumbent upon the companies now to be much more transparent. Otherwise, the ability for investors to understand what’s about to happen when these companies report earnings is a lot more limited than 10 years ago.” 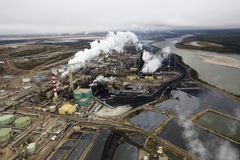 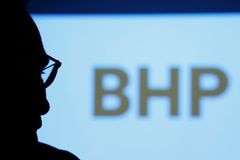 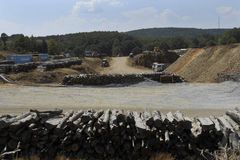 Follow Niall McGee on Twitter @niallcmcgee
Report an error Editorial code of conduct
Due to technical reasons, we have temporarily removed commenting from our articles. We hope to have this fixed soon. Thank you for your patience. If you are looking to give feedback on our new site, please send it along to feedback@globeandmail.com. If you want to write a letter to the editor, please forward to letters@globeandmail.com.
Comments are closed