Barrick Gold Corp. and Newmont Mining Corp. have agreed to team up in a joint venture in Nevada that will see Barrick drop its hostile bid for its biggest rival and unite the world’s two biggest gold miners in one of the richest goldfields on the planet.

The accord means Colorado-based Newmont is far more likely to succeed in its efforts to buy Goldcorp Inc. and bypass Barrick as the world’s biggest gold company. Barrick’s pursuit of Newmont had threatened to derail the US$10-billion deal that was announced in January.

The Barrick-Newmont ownership split announced on Monday will be 61.5 per cent in favour of Barrick with the Toronto-based miner also named as the operator. The agreement will see gigantic mines, including Barrick’s Goldstrike and Cortez operations, along with Newmont’s Carlin, unite under one roof. Both companies say the combination will generate an average of US$500-million in cost savings over the first five years through the common sharing of processing facilities, eliminating duplicate costs and co-ordinating on mine plans.

“It is what we were looking for and it shows great leadership between these two companies,” said Joe Foster, portfolio manager of the VanEck International Investors Gold Fund, Barrick’s biggest shareholder and Newmont’s third largest.

“It just shows you what these companies can do if they just set aside their differences, their egos and do what is right for shareholders and other stakeholders,” he added.

In a Barrick-Newmont conference call from Nevada on Monday, Newmont’s chief executive Gary Goldberg praised the joint venture (JV) as a “sensible" solution to realize cost savings “that have eluded both of our companies for decades.”

Two weeks ago, Barrick launched a zero-premium, all-share bid worth US$17.8-billion for Newmont – code-named “British Navy." Barrick CEO Mark Bristow insisted an acquisition was the only way to capitalize on the billions of potential cost savings in Nevada where Barrick and Newmont have adjacent operations.

But when Newmont issued a news release last Monday rejecting Barrick’s hostile bid, the Barrick team saw a silver lining. It looked like Newmont was easing off on its demands on the ownership and operation of any potential JV in Nevada.

In 2014, talks that would have seen Barrick acquire Newmont broke up at the 11th hour when the two could not agree on where the headquarters of the new company should be and who should run the organization. In the aftermath, both companies blamed one another for the failure to get over the finish line.

This time around, despite legacy hostility bubbling up once again, the end game was very different.

While most of their shareholders refrained from speaking publicly, VanEck’s Mr. Foster told The Globe and Mail on March 4 that he was weary of Barrick pursuing a takeover of Newmont, arguing there are “no guarantees that you are going to see the value that is promised.” A JV “creates the most value,” he argued. That same day, a source familiar with the situation told The Globe that a number of other large shareholders were also skeptical of the merits of a takeover and doubted the US$7-billion in synergies touted by Mr. Bristow.

Under growing pressure from his shareholders to hash out a JV agreement, on the evening of March 5 Mr. Bristow and Mr. Goldberg met for dinner at the Four Seasons in New York.

The tenor of the conversation was “very congenial,” Mr. Bristow said. By Thursday, Mr. Goldberg was back in Toronto and met with Mr. Bristow at BMO’s Toronto offices. Soon the the two had drawn up a term sheet for the JV. A final agreement was reached on Sunday night.

“In my view, Barrick was positioned for this outcome from the outset," VanEck’s Mr. Foster said.

When asked if Barrick’s hostile proposal was merely a tactic to force Newmont to the table, Mr. Bristow said it is up to others to speculate on that, but added he was “very happy with where we landed.”

With Newmont no longer in play, its board is now concentrating on closing its acquisition of Vancouver-based Goldcorp.

As a result of the deal with Newmont, Goldcorp’s board last week approved an almost tripling of the retirement lump sum payable to its chairman Ian Telfer to US$12-million from US$4.5-million. The windfall payment has been met with scorn by some stakeholders, especially considering Mr. Telfer agreed to sell Goldcorp near a historic low in the stock price.

"He has presided over one of the most disastrous and egregious examples of shareholder value destruction in the mining industry,” the Shareholders’ Gold Council, a gold industry research group consisting of a number of large institutional shareholders, said in a statement.

“Goldcorp board’s approval of this additional ‘retirement allowance’ to Mr. Telfer is another showcase example of directors choosing cronyism over the interests of shareholders.”

“I am appalled by it,” Mr. Foster said. “They had some great assets that they managed very poorly and hate to see them being rewarded for doing a poor job.”

“If these guys have a conscience, they will rescind those big payouts," he added.

Goldcorp did not immediately respond to a request for comment.

Shareholders of both Newmont and Goldcorp will meet next month to vote on whether to approve the transaction. 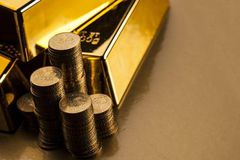 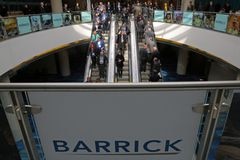 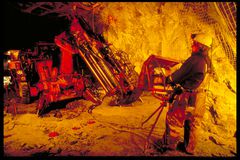