Niall McGeeMining reporter
Published May 3, 2021 Updated May 3, 2021
For Subscribers
Comments
Text Size
Please log in to listen to this story. Also available in French and Mandarin. Log In Create Free Account

The British Columbia Securities Commission has halted trading in Valorem Resources Inc., one of four small Canadian mining companies targeted this year by an apparent international “pump and dump” ring that has caused stock market chaos.

The provincial securities regulator said it made the decision to halt trading in the Canadian Securities Exchange-listed exploration company after its share price ran up by 62 per cent and its volume jumped by 238 per cent. The increases followed “unsubstantiated statements” about Valorem on a website called The Financial News.

The three-week trading halt in Valorem comes after The Globe and Mail reported last month on the problematic promotions in Valorem, and after Canadian regulators were criticized by burned investors for being too slow to respond.

On April 12, The Financial News falsely claimed that Vancouver-based Valorem, which trades for pennies, was sitting on $500-million in gold reserves, and that its shares were poised to explode by 800 per cent. That same day, Valorem shares raced up by 48 per cent. Three days later, Valorem lost a quarter of its value.

The trading in Valorem conforms with a pump-and-dump stock manipulation, in which con artists acquire cheap stock in an illiquid company, spread false information that “pumps” up the price and then, taking advantage of the temporary spike, “dumps” their holdings.

The Financial News over the past few months has also published misleading posts about Graycliff Exploration , Crestview Exploration Inc. and Chilean Metals Inc. that corresponded with dramatic stock price and volume moves. All of the companies targeted by the site said they had nothing to do with the promotions.

Valorem on Monday again cautioned its investors in a news release that information published by the website “is not accurate and should not be relied upon.”

The Globe has attempted to reach The Financial News on several occasions but a listed number isn’t in service. The site is registered to a Carl Smith, who purportedly lives in London but has a Ukrainian postal code.

As the promotions from The Financial News have been running over the past few months, Canadian regulators have largely been caught flat-footed. The Investment Industry Regulatory Organization of Canada, or IIROC, the first line of defence against misleading promotions in Canada, has been slow to react, issuing temporary trading halts on affected stocks days, or even weeks, after the promotions began, far too late to protect many investors.

Ermanno Pascutto, former head of staff with the Ontario Securities Commission and founder of the Canadian Foundation for the Advancement of Investor Rights, said regulators in Canada need to act much more aggressively to protect investors from pump and dumps. IIROC, he believes, should instigate trading halts as soon as it spots misleading promotions, and maintain halts until information about the promotions is disseminated into the market. “Regulators have in recent times not acted quickly enough to halt trading, and not acted quickly enough to cease trading, in companies where there is questionable activity going on,” Mr. Pascutto said.

Even though the misleading promotional campaign on Valorem started on April 12, IIROC didn’t halt the stock until the next day. Valorem then put out a release saying there was no material news item that accounted for the spike in its share price. No mention was made of the problematic promotional materials, which were still live on the internet. IIROC’s initial trading halt lasted only a few hours. Three days later, after The Globe published an article about The Financial News promotions, Valorem informed its investors about the shady promotions.

But even after Valorem warned its investors, the promotions on The Financial News continued, and evidently continued to influence the stock’s trading patterns. On Friday, the last day the stock was allowed to trade, Valorem’s stock rose by 23 per cent, with no material news released.

Valorem last week was also targeted by a German stock promotion website called PennyStocks.de, which blasted out a series of misleading posts to its subscribers touting its shares. The posts are an almost word-for-word German translation of the English-language posts that have been appearing on The Financial News.

Like The Financial News, the bona fides of PennyStocks.de appear highly questionable. The site lists its address as 170 Knightsbridge in London, which, according to Google Maps, doesn’t exist. PennyStocks.de did not respond to a request for comment for this story.

This was the second time this year that a CSE-listed mining company was targeted by concurrent promotions on The Financial News and PennyStocks.de. In February, both sites claimed that Calgary-based Crestview Exploration was sitting on “billions of dollars” in gold reserves. Crestview, like all of the companies that have been targeted over the past few months, is a tiny exploration company, with zero dollars in reserves. 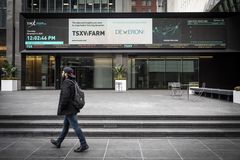 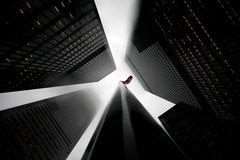