Melbourne-based BHP said it intends to pay 55 cents a share in cash for Toronto-based Noront, 69-per-cent higher than the company’s closing price on the TSX Venture Exchange on Monday. The offer is also significantly higher than the $0.315-a-share proposal made by Wyloo, currently Noront’s largest shareholder, in May.

The Ring of Fire, situated 550 kilometres northeast of Thunder Bay in the James Bay Lowlands in Ontario’s Far North, has had an almost mythical hold on the Canadian mining industry for more than a decade, but so far no company has succeeded in building any mines in the region. The area is believed to contain rich mineral deposits, but lack of infrastructure has been a major hurdle to extraction.

Noront, which has been active in the Ring of Fire since the mid-2000s, has long promoted its projects as containing a treasure trove of “strategic” minerals, such as chromite and nickel. But the company has never proven the economic case for its biggest chromite projects, and has not persuaded the provincial and federal governments to invest the billions of dollars required to develop necessities such as an access road into the region.

The proposal for Noront comes as BHP looks to diversify away from fossil fuels such as coal and oil, into what it calls “future-facing commodities,” meaning those with cleaner end uses, such as nickel for electric cars. At the moment, nickel makes up only about 3 per cent of BHP’s revenue. The company’s offer for Noront follows an announcement last week that BHP had inked a long-term deal to supply nickel to electric car maker Tesla Inc.

The Noront project that is closest to production is its high-grade Eagle’s Nest nickel discovery, which is located in the Ring of Fire.

In a statement, Alan Coutts, the chief executive of Noront, said that “BHP has the financial strength, world-class mining expertise and commitment to work in partnership with stakeholders to advance Eagle’s Nest and the Ring of Fire.”

BHP, an Anglo-Australian company, has a market value of US$183.6-billion, making it the biggest diversified miner in the world. It is increasing its footprint in Canada, having recently moved its global copper and nickel exploration headquarters to Toronto from Santiago, Chile.

Next month BHP will decide whether to proceed with building a multibillion-dollar potash mine in Saskatchewan – another commodity the company deems “future-facing” because it is less environmentally damaging to mine than many other minerals.

Investors will now watch for Wyloo’s next move. The firm is not only Noront’s largest shareholder, but also a holder of a significant amount of the company’s debt. It has been invested in Noront since last December, before the recent rally across the commodity sector. Wyloo could walk away and make a healthy profit.

But Wyloo is also positioned to dig in for a tussle.

It currently owns a 24.4-per-cent stake in Noront, compared with BHP’s 3.7 per cent. Wyloo also holds a convertible loan, which it said it intends to convert to shares, which would bump up its stake to 37.3 per cent.

After Wyloo approached Noront with its takeover proposal in May, Noront put in place what is known a “poison pill” – a legal manoeuvre designed to make it prohibitively expensive for Wyloo to take over Noront in the short term.

Wyloo said last week that it expects to make a new, formal offer for Noront after it completes an official appraisal, which is expected by the end of the month. It, like BHP, is well financed. Wyloo is a subsidiary of Perth-based investment holding company Tattarang, which is owned by the Forrest family, one of the wealthiest clans in Australia.

Over the past few years, Noront has scaled back its ambitions, focusing on trying to prove the viability of Eagle’s Nest, and building relations with First Nations, the critical stakeholders in the region. As Noront’s share price has drifted, it has needed to warn investors repeatedly that the company is a going concern risk.

Jason Fairclough, an analyst with Bank of America, wrote in a note to clients that, if BHP succeeds in acquiring Noront, there would likely need to be several years of permitting and study before the company “commits material capital” to the Ring of Fire.

BHP pushing for tax concessions from Saskatchewan government ahead of construction decision on Jansen mine
Subscriber content
July 23, 2021 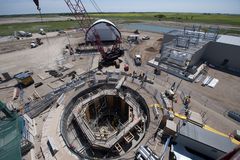 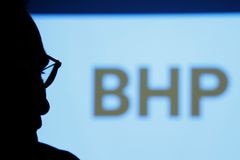 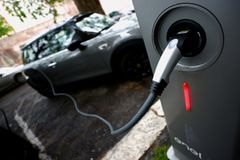