The cancellation of the massive Frontier oil sands mine prompted a swift and negative reaction from Canada’s business leaders, who warn it sends a “terrible message” and confirms the politicization of Canada’s regulatory process.

However, environmental groups are playing down the decision from Teck Resources Ltd. to withdraw its regulatory application for the mine, arguing it is proof the project wasn’t economically viable.

On Sunday, the Vancouver-based company announced it was shelving the proposed mine – just days before the federal cabinet was supposed to decide on its fate. After a lengthy regulatory process, a joint review panel had recommended the project be approved but because it also found that it would have a “significant adverse” effect on the environment, the final decision was left to Prime Minister Justin Trudeau’s cabinet.

Teck’s decision will “send a terrible message to global investors,” Perrin Beatty, the president and CEO of the Canadian Chamber of Commerce, said on social media.

His concerns were echoed by Business Council of Alberta president Adam Legge, who said the “reality remains Canada [is] still far too difficult a country to get things done.

”We are a nation that cannot find ways to work together,” Mr. Legge said.

In his comments, Mr. Beatty highlighted part of the letter sent by Teck’s CEO Don Lindsay to federal Environment Minister Jonathan Wilkinson. Mr. Lindsay said until Canada’s governments can agree on how climate considerations are addressed in the context of energy development, “the situation that has faced Frontier will be faced by future projects and it will be very difficult to attract future investment, either domestic or foreign.”

In recent months, the $20.6-billion project, which was expected to emit 4.1 megatonnes annually while creating thousands of jobs and billions in revenues, found itself at the centre of a heated political debate on resource development and climate change.

Ultimately, the company said it was pulling the project until Canada created a policy framework to address how resource development would fit within its broader climate plan.

Goldy Hyder, the president and CEO of the Business Council of Canada, said the country has politicized the regulatory process and called it a “reality owned by governments red and blue.

”As such, we have introduced political risk and that cannot be factored in given life of applications,” he wrote on Twitter.

He suggested three key changes to fix mistakes made on both the economy and the environment. They include all sides accepting carbon pricing as the “best way of addressing climate change”; accepting that oil remains in high demand and oil produced in Canada is “world class”; and prioritizing reconciliation with Indigenous communities.

According to the joint review panel’s report on Frontier, all of the Indigenous groups that would be “significantly affected” by the project had signed agreements with Teck. In its Sunday statement, the company called its work with Indigenous communities and recent work done by the Alberta government a “milestone achievement” that would form a foundation for future work.

The president of the Fort McKay Métis, who supported the project and had an agreement with the company regarding Frontier, called its cancellation a “black eye for Canada.”

”This decision is damaging to the Alberta and Canadian economies, and to the economies of aboriginal peoples around the project area who would have seen enormous long-term, sustainable benefit,” Ron Quintal said.

The project’s commercial viability was not a given. Mr. Lindsay had previously said that beyond cabinet’s approval the company faced other hurdles including low oil prices and pipeline capacity. On Friday, without providing proof, Teck said it still believed it could make the mine commercially and technically viable.

Environmental Defence pointed to the economic uncertainty around the project and said the decision was market-based.

”This project only offered a false promise to workers in Alberta concerned about their futures – especially in a world moving away from oil,” Julia Levin, of Environmental Defence, said in a statement.

Greenpeace Canada celebrated the mine’s cancellation by posting party emojis in a statement on Twitter.

“This project didn’t make economic or climate sense, so it’s good that we can now focus on real projects that will create good jobs solving the climate crisis,” Greenpeace’s Keith Stewart said in an e-mail.

With reports from Niall McGee. 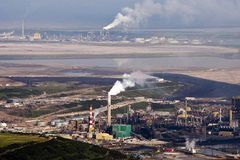 Opinion
It’s time for Trudeau’s cabinet to get on with the Teck Resources decision
Subscriber content
February 21, 2020 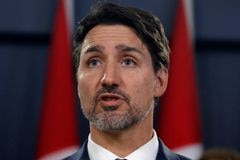