Montreal-based gold miner Semafo Inc. has halted operations at its Boungou gold mine in eastern Burkina Faso as the fallout widens from one of the worst-ever terrorist attacks on employees of a Canadian company.

Semafo said on Thursday it was suspending work at its flagship mine in the West African country, a day after insurgents ambushed a convoy carrying its employees to the mine site. Burkina Faso’s President, Roch Marc Kaboré, said 38 people were killed, increasing the previous day’s tally. More than 60 others were injured, and dozens are still believed to be unaccounted for after the raid, which occurred on a road 40 kilometres from the mine site.

“This is the deadliest incident targeting the mining industry, or any private businesses, in the Sahel since the 2013 In Amenas hostage crisis,” Vincent Rouget, an analyst at Control Risks Group, told Reuters. Sahel is the name for a region of western and north-central Africa extending from Senegal eastward to Sudan that has a large concentration of mining operations. Extremist groups, mostly Islamist insurgents, also proliferate in the area. 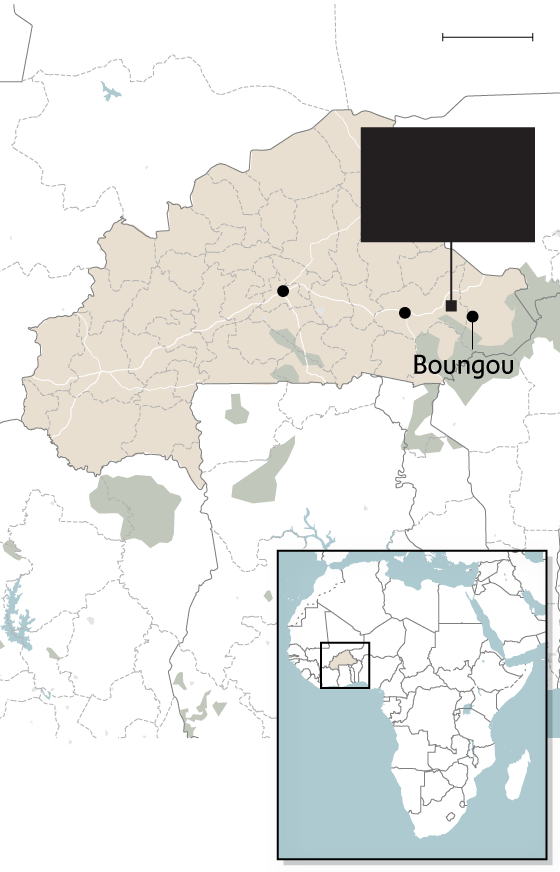 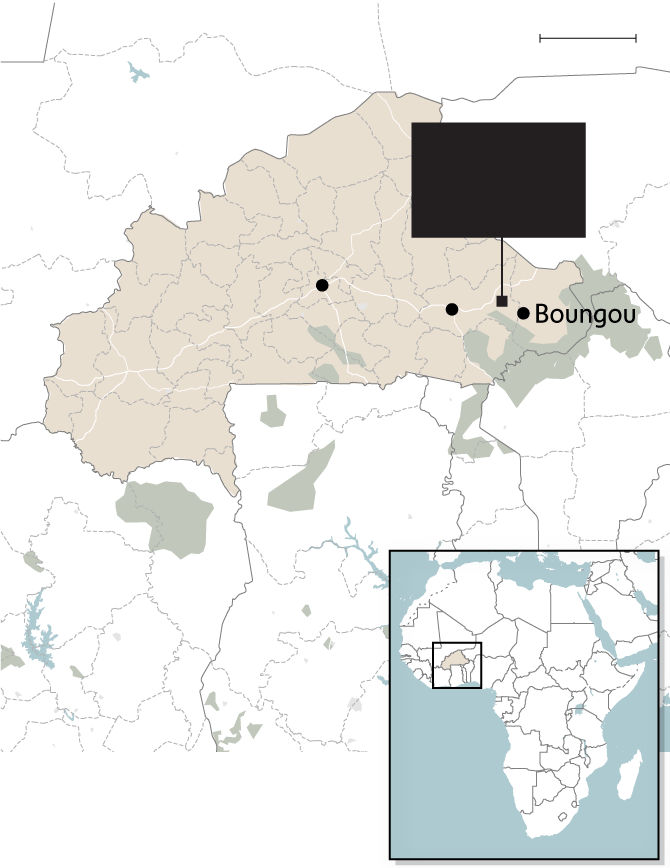 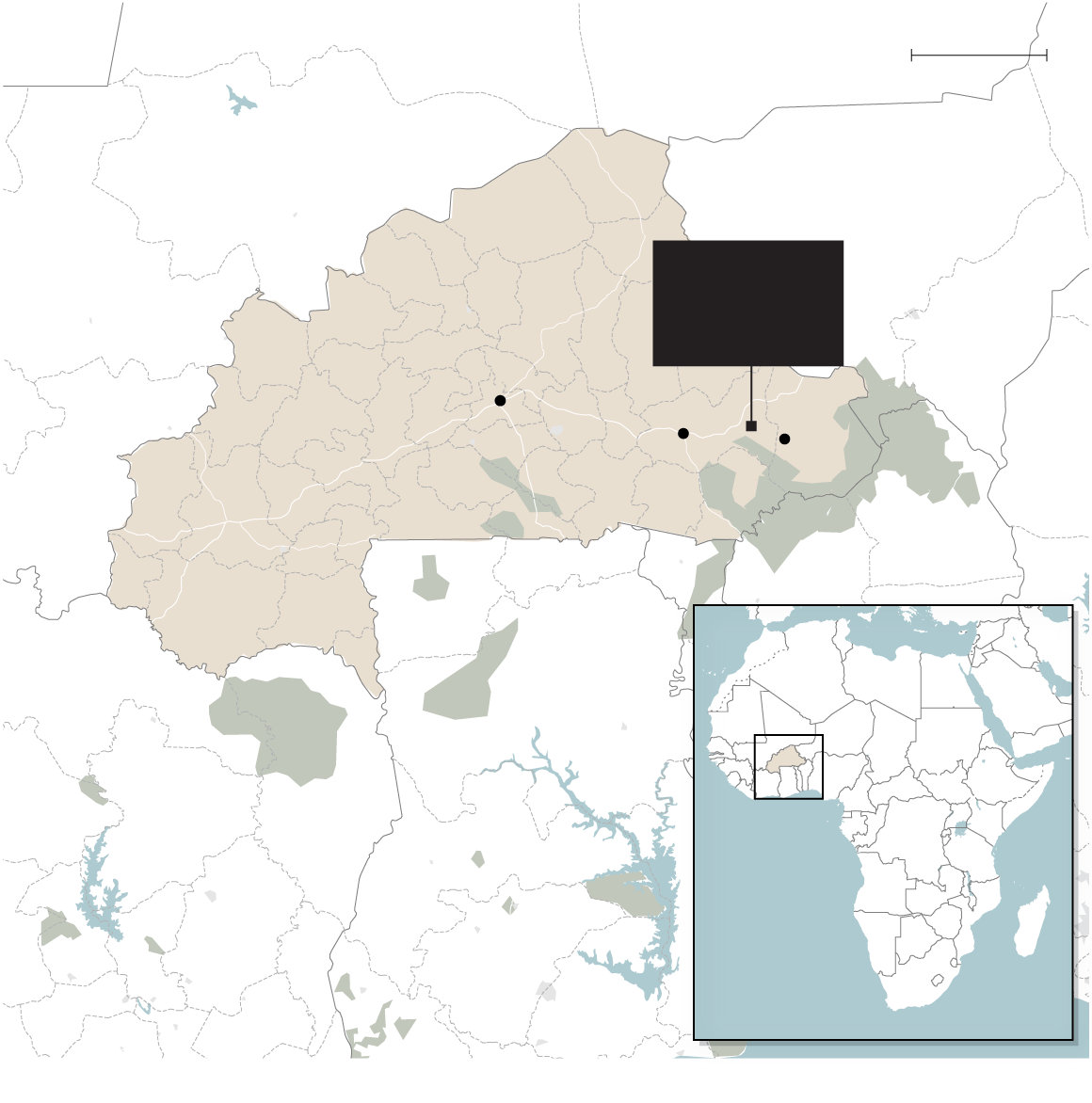 Even in a country gripped by escalating violence, the attack has provoked deep shock and anger. The strike highlights the increasing security threat for citizens and companies in Burkina Faso, which has been plunged into crisis amid an escalating wave of violent attacks by militants in recent months. It is also raising new security concerns at Canadian mines and other mining operations across West Africa.

In a televised speech to the nation on Thursday, Mr. Kaboré declared three days of official mourning for Semafo workers killed in the ambush. The President called on the country to provide “defence volunteers” to help battle the terrorists.

“These despicable acts, from another age, are aimed at sowing psychosis in our people and destabilizing our democracy,” Mr. Kaboré said in his speech. The country’s ruling party, the People’s Movement for Progress, called on the government to declare a state of emergency.

Semafo said it is suspending operations at its Boungou gold mine out of respect for the victims and "to ensure the highest levels of operational safety.” It employs about 1,200 people at the mine, according to its website. About 100 of those are expatriates, including Quebeckers.

“We are devastated by this unprecedented attack. Our sincerest sympathies go out to the families and colleagues of the victims,” Semafo chief executive officer Benoit Desormeaux said in a statement. “Our priority is their safety, security and well-being. Given the scale of the attack, it will take some time to properly deal with it and we will do our utmost to support all those affected.”

Security experts and people familiar with the company said the move to suspend work amounted to an admission that Semafo can’t operate the mine securely. Employees travelling to the mine site in the future will question whether they are also in danger, and many supplies to Boungou also have to come in over the road where the attack occurred, they said.

“You never want to halt a project if you can,“ said Charles Dumbrille, chief risk officer at consultancy IN-D-TEL International Inc. “But your main priority is to protect your people and assets.”

Vancouver-based B2Gold Corp. employs 75 local people at two exploration projects in Burkina Faso, about 200 kilometres away from where the Semafo incident occurred. “We haven’t had any problems. None of the mines in that region have. That doesn’t mean you don’t prepare for any eventuality,” said Clive Johnson, B2Gold’s chief executive.

B2 also operates a large mine in neighbouring Mali, which employs 2,000 people. “We will be discussing our security practices in Mali and Burkina Faso,” Mr. Johnson said, adding the company feels its people are secure.

Toronto-based Iamgold operates the Essakane mine in northeastern Burkina Faso, some 300 kilometres away from where Wednesday’s attack occurred, according to the company. In a regulatory disclosure earlier this year, Iamgold noted that terrorist activity has increased worldwide.

Essakane is a “visible and valuable target to a terrorist organization due to the presence of a high number of expatriates,” the company wrote in the document.

The five-bus convoy was under military escort, Semafo said, and was carrying company employees, contractors and suppliers. Local media reports, citing security sources, said the military vehicle leading the convoy was struck by an improvised explosive device. After the explosion, gunmen opened fire, targeting not only the military escort but also people in the buses, the reports said.

There had been at least two previous attacks on the road where Wednesday’s ambush occurred, including one last December in which four police officers and another person were killed.

After separate attacks in August, 2018, Semafo said it would take additional steps to ensure the security of its staff. It said all expatriate employees travelling between Burkina Faso’s capital of Ouagadougou and Boungou mine would be transported by helicopter while a military force on the ground would protect its local employees on roads.

“It’s disconcerting to see that the company sent hundreds of local workers on buses with an escort that seems fairly limited,” said Louis Audet Gosselin, a specialist on Burkino Faso with Montreal’s CÉGEP Édouard-Montpetit. “The optics are catastrophic.”

Semafo, a mid-sized gold producer with a market capitalization of about $1.1-billion, operates two gold mines in Burkina Faso: Boungou and Mana. The company did not make anyone available on Thursday to answer questions.