Production limits imposed by Alberta have wiped out the economics of shipping oil by rail, the CEO of Imperial Oil Ltd. said Friday, as he launched an attack on a government he argued was “picking winners and losers” in the industry.

The company’s rebuke comes as several major producers increase their criticism of the curtailment policy and as the industry becomes increasingly willing to weigh in on provincial politics and the spring election campaign. The NDP government was already facing pressure from Canadian Natural Resources Ltd. (CNRL), which on Friday backed away from a threat to shut down one of its pipelines over how companies' individual production limits are calculated.

Imperial CEO Rich Kruger used a fourth-quarter earnings call with investors to deride the policy, which he said has created uncertainty for investors and hurt the industry’s ability to use rail shipments to alleviate pipeline backlogs.

“With a stroke of a pen, the government began picking winners and losers," he said. "We think this action is unfair, anti-competitive and not representative of a free economy in a modern democracy.”

Since the curtailment policy took effect at the beginning of the year, the differential between Alberta oil and West Texas Intermediate, which topped US$50 ($65) a barrel last fall, has narrowed to around US$10.

Mr. Kruger said that has eliminated the business case for shipping crude by rail, which he said would require a differential of US$15-$20. The company shipped 168,000 barrels a day by rail in December, but he said Imperial’s rail shipments in February would be “at or near zero.”

“Today, the differentials have collapsed, and the incentive to move crude by rail has been erased,” Mr. Kruger said.

Premier Rachel Notley has pitched a plan to purchase rail cars to ship oil and has acknowledged the price differential will need to widen to make that realistic.

Energy Minister Margaret McCuaig-Boyd wasn’t available to comment, but ministry spokesman Mike McKinnon sent an e-mailed statement defending the policy. The statement said production limits have been applied “fairly and equitably” and that the government expects the differential to settle at a more sustainable level.

Reaction to the curtailment policy has been mixed within the industry, with integrated producers that have refining capacity and benefit from low prices objecting to the measure. Imperial, Suncor Energy Inc., and Husky Energy Corp. have been vocal in their opposition. The Canadian Association of Petroleum Producers released a report last month outlining measures that it wants to see adopted in the coming election campaign, representing a direct challenge to the NDP government’s energy and climate policies.

CNRL, which has supported the broad policy of curtailment, warned last month that changes to how each company’s production limits were calculated meant it would shut down its ECHO pipeline for February and March. The pipeline transports heavy crude to the company’s blending facilities at Hardisty, Alta.

Local politicians in the Lakeland region, northeast of Edmonton, said they were bracing for significant job losses as oilfield workers, truckers and support contractors would be off the job.

“With this increase in allowable production, Canadian Natural will be able to maintain production at levels to safely operate the ECHO pipeline,” said the statement, which estimated 2,400 workers would have been affected.

The production limits, which apply to 28 producers, were initially calculated based on each company’s highest six-month average from November, 2017, to October, 2018. The province later changed the formula for February, instead looking at producers' best single month over the same period.

CNRL argued that those changes forced the company to shoulder a disproportionate share of the production cuts.

Despite its recent complaints, the company reaffirmed its support for the curtailment policy “provided that curtailments are implemented in an equitable, transparent and reasonable manner.” 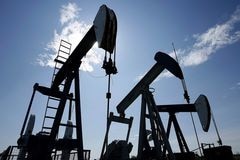 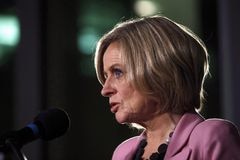