A federal court ruling that quashed approval of the Trans Mountain pipeline expansion project has thrown into turmoil Ottawa’s multibillion-dollar effort to build the project and its political gambit to create an outlet for Alberta oil to Pacific Rim markets.

Alberta Premier Rachel Notley magnified the political uncertainly confronting Ottawa later on Thursday when she announced her decision to pull out of the pan-Canadian agreement on climate change and freeze the province’s carbon tax at $30 per tonne.

Ottawa is set to take ownership of the Trans Mountain pipeline on Friday after agreeing to purchase it last May for $4.5-billion in a deal aimed at keeping the project on the rails after Kinder Morgan Canada Ltd. halted work and threatened to kill it. The sale was overwhelmingly approved Thursday by Kinder Morgan Canada shareholders.

Thursday’s Court of Appeal ruling will cause further delays, and likely escalating costs, posing a serious threat to the Liberal government’s energy strategy.

Ottawa is now in the politically awkward position of being the Trans Mountain project owner as well as being responsible for its ultimate approval. Prime Minister Justin Trudeau is facing implacable opposition to the project in British Columbia, especially from some First Nations communities, and angry insistence from Alberta that the pipeline expansion must be built over all objections.

Related: What the Trans Mountain pipeline will mean for B.C.'s coast

Explainer: Trans Mountain, Trudeau and the B.C.-Alberta feud: A guide to the political saga so far

Finance Minister Bill Morneau said the government remains committed to the expansion project – which when completed will deliver an additional 590,000 barrels a day of crude to Burnaby, B.C. He told reporters the project is in the national interest and is critical to diversifying the market for Western Canadian oil exports beyond the United States.

In the unanimous judgment released Thursday, the Court of Appeal ruled the Liberal government failed to adequately consult First Nations whose rights are affected by the pipeline expansion, and that the National Energy Board wrongly excluded from its review a consideration of the increased tanker traffic that would result from the expansion.

While the federal government could appeal the decision to the Supreme Court of Canada, such a move would entail lengthy delays, with no assurance of success. Asked if Ottawa would appeal, Mr. Morneau said the government is still reviewing the 270-page decision.

The appeal court suggested the reconsideration of the project could be expedited, noting the government could set a time limit within which the National Energy Board would review the increased tanker traffic, and said additional consultations with First Nations could be “brief and efficient."

The ruling is a clear setback for Prime Minister Justin Trudeau. The Liberal government hoped for a favourable ruling that would have cleared the path for construction to proceed to a point where it could resell the project to private-sector buyers.

In Alberta, industry officials and politicians expressed anger over another setback in their quest for additional pipeline capacity to move growing volumes of oil-sands production to markets. Producers are currently forced to accept steep discounts on their crude because of a lack of pipeline capacity and overreliance on the U.S. export market.

United Conservative Party Leader Jason Kenney urged the federal government to appeal to the Supreme Court while proceeding with the remedies laid down by the court. “Albertans have every right to be angry and frustrated by the apparent inability of governments across the country to build economically critical infrastructure," Mr. Kenney said in a statement that largely blamed the courts for the impasse.

In a televised address Thursday evening, Ms. Notley – who faces an election in seven months – said the Federal Court ruling represented an economic blow to her province. She urged the federal government to use all the tools at its disposal, including an appeal to the Supreme Court and legislative actions.

“The delay is not acceptable, it’s just not,” she said.

Kinder Morgan suspended work on the Trans Mountain project in April, citing political and legal uncertainty that threatened the project’s financial viability. To move it forward, Ottawa agreed to purchase the pipeline and finance its expansion. Mr. Morneau said Thursday Ottawa will continue to pursue that plan, and had factored in the possibility of a legal defeat when it concluded the deal with Kinder Morgan in May.

The Liberal cabinet approved the Trans Mountain expansion in November, 2016, after the NEB declared it was not likely to have significant adverse environmental effects. It came just days before Mr. Trudeau concluded a deal with premiers on a pan-Canadian climate-change agreement that included a commitment to impose carbon taxes.Until Thursday, Ms. Notley had agreed to increase her province’s carbon tax to match the federal $50-a-tonne level, but had previously said she would only do so if Ottawa approved the Trans Mountain pipeline.

In Thursday’s unanimous judgment on behalf of a three-member panel, Justice Eleanor Dawson outlined two major flaws in the approval process: the failure of the National Energy Board to include increased marine traffic as part of the project, and Ottawa’s inadequate consultations with First Nations.

By defining the scope of the project to not include increased marine traffic, the judgment said, the NEB ensured its review would not trigger the Species at Risk Act as it related to the endangered southern resident killer whales that could be affected by tanker traffic. As a result, it said, both the NEB and the federal cabinet failed to adequately address the plight of the whales and how impacts could be mitigated.

As well, Justice Dawson ruled that Ottawa’s consultations with First Nations “fell well short of the mark set by the Supreme Court of Canada,” which requires meaningful dialogue and a clear attempt to accommodate concerns on specific issues raised by Indigenous communities. However, the ruling set the threshold at meaningful consultation and accommodation, and does not require Ottawa to obtain consent from First Nations.

Chief Lee Spahan of British Columbia’s Coldwater Indian Band welcomed the decision as a major victory for his community. Coldwater had complained the pipeline’s expansion route was too close to an aquifer that is the community’s only source of drinking water. The day before approving the project, the federal government’s lead representative acknowledged that there is a lack of “essential” information about the aquifer and, as a result, there was a “high degree of uncertainty” about how a spill might affect Coldwater’s drinking water, the court noted. 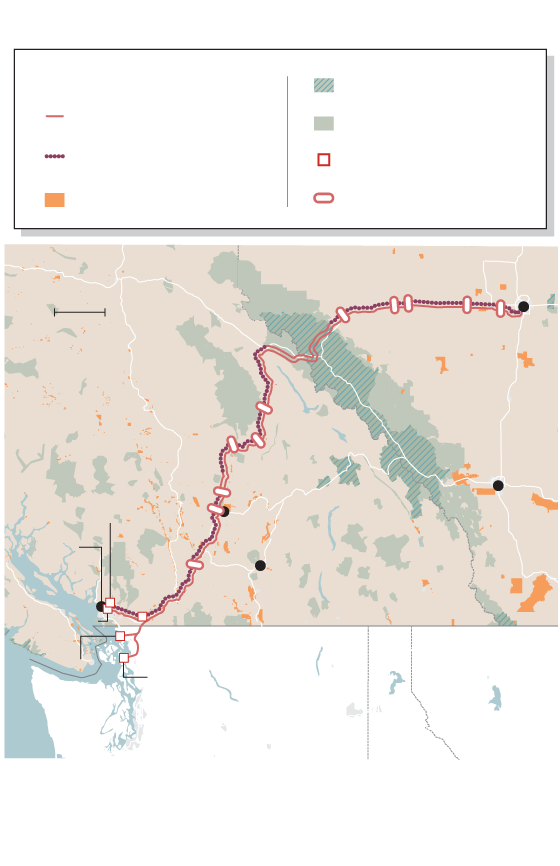 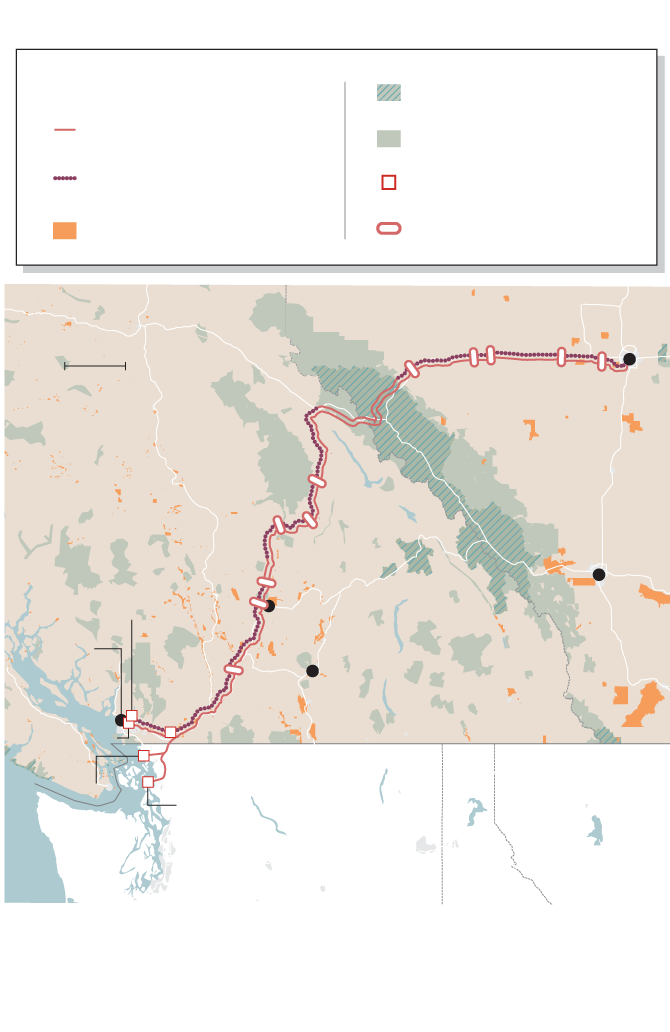 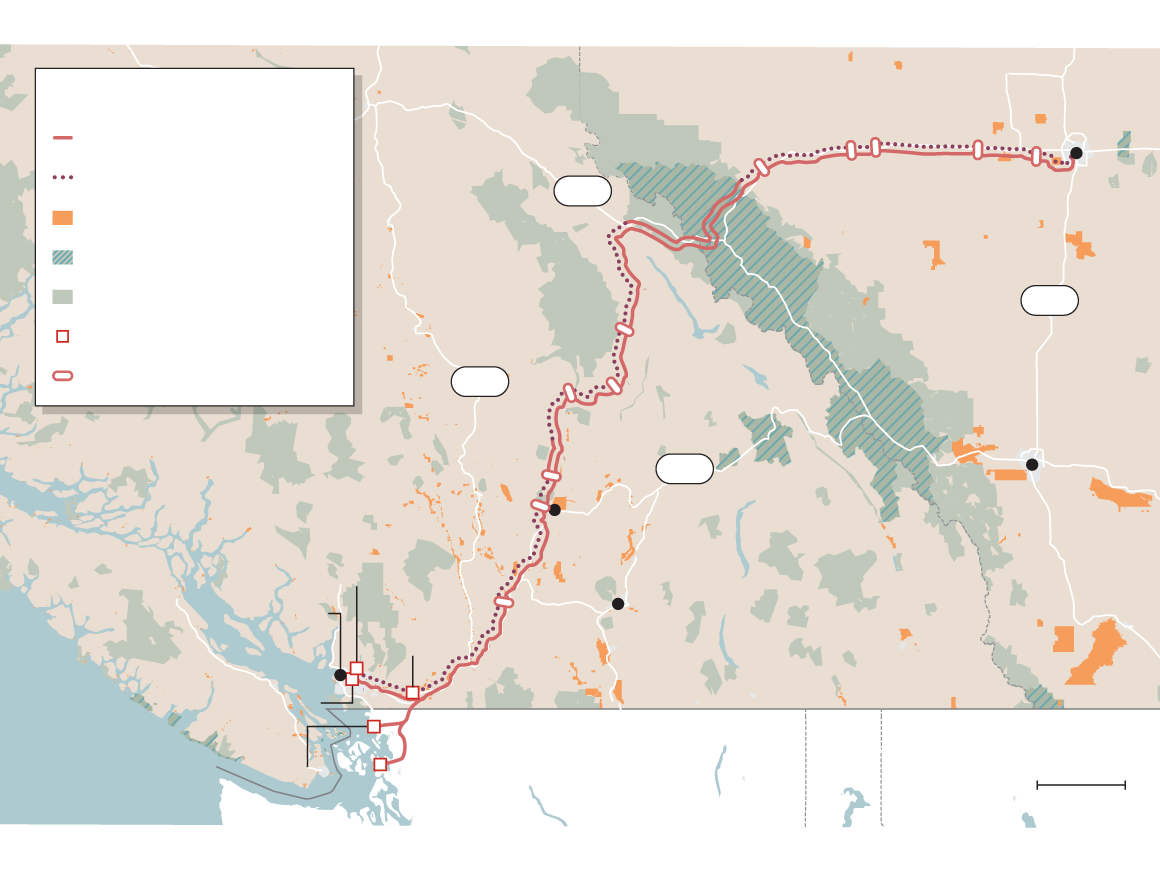