Imagine producing a bumper crop of a product in high demand around the globe, only to learn you must settle for a discounted price because there’s no easy way to get your product to market.

Canadian grain farmers experienced that situation in 2013 and again last winter when their harvest outstripped the transport capacity of Canada’s rail companies. Western Canada’s oil companies are now in the same boat thanks to production gains that have not been matched by export pipeline capacity gains.

Like those farmers, oil producers have filled storage to bursting while they wait for a solution to appear. The price discounts or “differentials” that had mainly affected heavy oil have spread to light oil and upgraded synthetic oil sands crude as pipeline space tightens.

Estimates on the cost to the economy vary wildly, but the Canadian Association of Petroleum Producers (CAPP) officially estimates the impact as at least $13-billion in the first 10 months of 2018.

It estimates the cost at $50-million per day in October, as discounts for Western Canadian Select (WCS) bitumen-blend crude oil versus New York-traded West Texas Intermediate (WTI) peaked at more than US$52 per barrel.

“The differential has blown out to such an extreme level for two reasons, the lack of access to markets and the fact we really have only one customer (the United States),” said Tim McMillan, CEO of CAPP.

Getting an exact number on how much discounts are costing Canada is all but impossible thanks to ingrained sector secrecy regarding transportation and marketing, he said, adding it’s entirely possible the real costs could be as high as $100-billion per year.

Producers’ exposure to WCS prices differ depending on what kind of oil they produce, where they sell it and how they transport it.

Calgary-based Imperial Oil Ltd., for instance, says about one-quarter of its output of 300,000 barrels of bitumen per day is influenced by WCS pricing – the rest is used in its Canadian refineries or shipped by pipe or rail to the U.S. Gulf Coast where it gets close to WTI prices.

The company announced last week that it will build a 75,000-bdp oil sands project, going on faith that pipelines will be in place for when production begins in about four years (a prospect that took a hit Thursday when a U.S. judge put TransCanada Corp.’s Keystone XL pipeline on hold until more environmental study is done).

Meanwhile, it is ramping up rail shipments from its co-owned Edmonton terminal as fast as it can.

The industry’s problems receive little sympathy from environmentalists such as Keith Stewart from Greenpeace Canada.

“The root of the problem is that companies kept expanding production even when they knew there was no new transport,” he said.

But Mr. McMillan pointed out that it takes years to plan, then win regulatory approval and build projects.

For example, producers would have had no way of knowing ahead of time that the 525,000-bdp Northern Gateway pipeline project approved in 2014 by a Conservative government would then be rejected by a Liberal government in 2016, he said.

“If Northern Gateway had come on as planned, we wouldn’t be in this situation,” Mr. McMillan said.

In a report from last February, Scotiabank analysts estimated the differential would shave $15.6-billion in revenue annually, with a quick increase in crude-by-rail expected to shrink the hit to $10.8-billion by the fall.

At that time, discounts had widened to about US$30 per barrel from an average of around US$13 in the previous two years.

Crude-by-rail shipments increased to a record 230,000-bpd in August but haven’t reduced the differential.

According to Calgary-based Net Energy Inc., the WCS-WTI differential averaged US$45.48 per barrel in October and has averaged US$43.75 so far in November.

In an analysis last March, Kent Fellows, a research associate at the School of Public Policy at the University of Calgary, estimated the differential would translate into a $13-billion economic loss if it persisted for a year – $7.2-billion to the Alberta government, $5.3-billion to industry and $800-million to the federal government.

The differential has gotten much worse, he said in an interview this week, which means the lost opportunity is proportionately worse.

Higher differentials hit provincial governments in the form of lower-than-expected royalties – their cut of every barrel produced from land where mineral rights are Crown owned – while the federal government will see lower corporate income taxes, Mr. Fellows said.

“If this keeps up and we start to see either a lack of growth or more shutting in some of this production ... you’re losing jobs and even personal income tax as well,” he said.

The Alberta government estimates that every annual average $1 increase in the WCS-WTI differential above US$22.40 per barrel costs its treasury $210-million.

In Saskatchewan, Western Canada’s other major oil producing province, each $1 change in the differential is equivalent to about $15-million in revenue, based on an assumed WTI price of US$58 per barrel, the government says.

Finance Minister Donna Harpauer said in an interview that if current discounts continued for a year, the Saskatchewan industry’s lost revenue would be about $7.4-billion.

Part of the reason WCS discounts were wider in October is that WTI, which opened the year at US$60.37 per barrel, jumped to more than US$76. Producers exposed to WCS didn’t get the benefit of the higher U.S. oil prices.

Mr. McMillan said the differentials are being noticed by potential energy investors – CAPP expects capital investment of $42-billion in the Canadian oil patch in 2018, down from $81-billion in 2014.

“We’re losing hundreds of millions of dollars that’s going to subsidize drivers in the United States.” 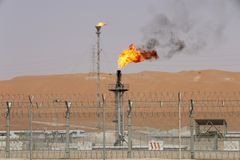 ‘There is no slowing down the bear train’ for oil
Subscriber content
November 9, 2018 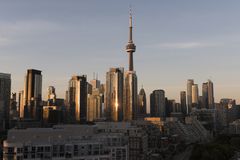