Oil patch executives are eating their own cooking, significantly stepping up purchases of their own companies’ shares in the wake of a steep decline in the price of energy stocks.

In the year to date, management and directors at Canadian oil and gas companies have spent more than $18-million to snap up shares, according to a report by energy analysts at RBC Dominion Securities Inc. Roughly 60 per cent of the purchases have occurred since early March, when energy stocks went into a sharp decline driven by a price war between Saudi Arabia and Russia. The fall only worsened with a drop in global oil demand as the coronavirus pandemic forced many countries to shut down businesses.

In many cases, insiders who sat on their hands earlier this year are now dipping into their own savings – or borrowing money – to buy stocks that declined by 60 per cent or more over the past month. Insiders were particularly busy at four companies: Kelt Exploration Ltd., Ovintiv Inc. (formerly known as Encana), Cenovus Energy Inc. and Enerplus Corp. This group accounted for the majority of all insider buying at the 29 oil and gas stocks followed by RBC Dominion’s analysts.

“While it is difficult to ‘call the bottom,’ this suggests a consistent internal corporate view that these stocks are undervalued and current market dynamics will normalize over time," RBC Dominion’s energy analysts said. “That said, we see this as a view that has been held for an extended period as numerous industry headwinds have resulted in a prolonged contraction in oil & gas valuations.”

In other words, oil and gas executives are showing faith by committing their own capital to their companies. But the sector’s leaders have consistently bought shares in their own firms since oil prices peaked in 2015, on the prediction that better days were coming. They have also consistently seen the energy slump drag on. The RBC Dominion analysts note that insider buying alone is not a sign of health at an energy company. “We continue to recommend investors avoid producers with significant financial leverage and limited financial flexibility,” the wrote.

The dangers of buying stock with borrowed money is painfully clear in the oil patch. Former Tourmaline Oil Corp. executive and director Robert Yurkovich and his wife are suing Citibank after the lender sold $20-million worth of their shares in the company in mid-March; the stock was collateral for a loan. The couple allege Citibank sold their holding at $7.76 a share when markets were tanking. The trade shows up in insider reports. Tourmaline stock has since rebounded, closing Tuesday at $11.01 on the Toronto Stock Exchange.

Executives and board members at these companies were content to stay on the sidelines in the first two months of the year, opting not to buy shares when stock market valuations were hitting record highs. Sentiment changed in early March. “Insiders, armed with a better understanding of their company’s resilience to the COVID-19 crisis, see this as a buying opportunity,” said Hugo Ste-Marie, investment strategist at Scotia Capital. “Since the latter has typically shown undue flair at picking bottoms and peaks, we would suggest following insiders’ lead could result in outperformance in the coming months.”

Saudi Aramco in talks with banks to borrow about $10-billion, sources say
April 14, 2020 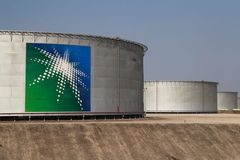 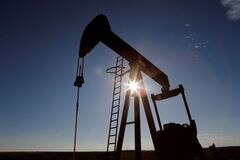 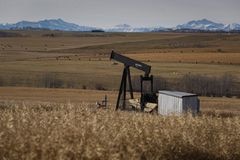