Europe’s top oil companies are not yet aligned with U.N.-backed targets to combat climate change despite their plans to slash carbon emissions and pivot to renewable energy, a report from major investors has found.

The study by the Transition Pathway Initiative (TPI), which unites investors with $22 trillion in holdings, comes as shares of European energy companies including BP and Royal Dutch Shell have struggled amid concerns over their ability to successfully shift away from oil and gas.

But those targets equate to global temperatures rising by 3.2 degrees and are “widely regarded as insufficient to avert dangerous climate change,” the report, published on Wednesday, said.

No company was set to meet the United Nations-backed Paris Agreement’s long-term goal of limiting global warming to “well below” 2 degrees Celsius above pre-industrial levels by reducing carbon emissions to net zero, it said.

Several of them said in statements to Reuters that they disagreed with the way TPI calculates the alignment, which is based on the carbon intensity of fuels.

“We’re very happy that some oil and gas companies are seeing these fundamental changes and trying to respond,” said Bill Hartnett, stewardship director of ESG Investment at Aberdeen Standard Investments, a TPI member.

“Some (companies) might have made bigger statements so far than the others and the important thing is the direction of travel. But none of them are making net zero yet,” Hartnett told Reuters.

BP, whose CEO Bernard Looney plans to grow the company’s renewables business twentyfold by the end of the decade, is the least aligned among the European companies, not even meeting the government pledges level, according to the report.

BP said in response that it disagreed with TPI’s focus on carbon intensity, which on its own is not “a reliable measure of progress toward the Paris goals.”

Fossil fuels are the main cause for the release of heat-capturing greenhouse gas emissions.

Investors such as Aberdeen are regularly talking to companies about their Paris Agreement alignment on issues including emissions from fuels sold, known as Scope 3 emissions, and their memberships in energy associations around the world, Hartnett said.

“Engagement is ongoing and there is pretty good momentum on getting towards Paris alignment.”

A Shell spokeswoman said the company continues “to engage with TPI over their methodology” to show it is how it is aligned with “society’s move toward” the Paris goals.

Anglo American said in a statement: “achieving these targets is not all within our control, so we are working with governments, industry peers and civil society.”

Repsol said: “We will continue to engage with TPI to demonstrate our progress in this respect.”

Eni said: “We consider the best way for companies to align with such goals is to set absolute emissions targets.”

Total, which aims to be carbon neutral in Europe by 2050, said in a statement that the rhythm of the transition will depend on energy demand and policies put in place. 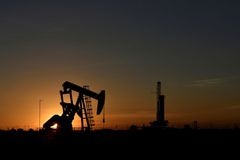 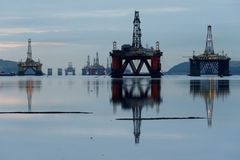 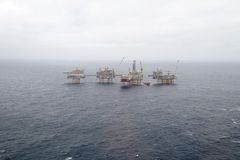