The UN Intergovernmental Panel on Climate Change issued a report last week warning that global food supplies are at risk from climate change and land degradation.

One major conclusion was that the agricultural sector needs to rethink traditional practices, including producing less meat and more plants – which require less room to grow and produce fewer emissions – otherwise Canada will not be spared from the global impacts of food shortages and price shocks if temperatures continue to rise.

Along with setting out the potentially dire consequences of inaction, the report also outlined some of the techniques that could both reduce emissions and reverse the trend.

One of the most decisively helpful options was to increase the organic content in soil, by using the land to capture carbon – a practice an increasing number of Canadian farmers employ using a variety of techniques.

Crop farmers have been working to capture carbon, which helps not just on the climate front but also for the sustainability and resilience of the soil, said David Burton, a professor in Dalhousie University’s department of plant, food and environmental sciences.

“It’s a rare example of one of the mitigation options that has really, really big positive advantages beyond greenhouse gas mitigation.”

Decades of intensity farming have started to push down the organic matter in soil that helps keep it healthy and fertile and prevents erosion, he said.

“We’re realizing we can’t just push this thing to the max all the time, we’re going to have to start thinking about the condition of the soil.”

A key technique for farmers is to no longer till the soil, so the organic matter isn’t disturbed and can properly break down.

No-tillage seeding has increased significantly in the past two decades, from use in less than 5 per cent of cropland in 1991 to 56 per cent in 2011.

Manitoba farmer Wes Pankratz started using no-till many years ago and hasn’t looked back, although he said at the time there was a lot of skepticism about it.

He’s now trying to adopt some regenerative techniques that capture more carbon in the soil, such as growing a non-cash crop simply to add organic matter to the soil.

Farmers using the technique often plant the non-cash crop after the fall harvest, but Mr. Pankratz said that a shorter growing season has led him to plant his in the spring, in amongst his wheat crop, hoping it will continue to grow after the harvest.

“If you can build up the soil organic matter, your soil will be healthier, you can maybe grow a reasonable crop with a lot less inputs, which is good for the bank account as well as the environment.”

Mr. Pankratz said it’s still early days for him, but hopes he can make it work.

“When zero-till first came in, it just almost seemed impossible, and now we’re getting into regenerative agriculture and hopefully we’ll get that figured out, too.”

The UN report and others have targeted cattle production for its methane emissions, but Canadian farmers are finding ways to use regenerative practices to help the grazing grounds capture more carbon to help offset greenhouse gas emissions from that sector.

Blain Hjertaas, a livestock farmer in southeastern Saskatchewan, was an early adopter after he decided conventional farming techniques weren’t sustainable.

“Agriculture is basically destroying our planet the way we’re approaching the system,” he said.

Mr. Hjertaas uses a practice that involves letting the cattle forage in a controlled area, then moving the herd to another area every day. It allows the cattle to spread fertilizer and stimulate growth in the prairie grasses, which are then left to re-grow for two to three months until they approach waist height.

“The principle is: keep it green as long as possible, so we always want tall grass,” Mr. Hjertaas said.

The scientific community is still debating the benefits of regenerative cattle farming. But Mr. Hjertaas said his techniques have him capturing more carbon than the animals produce.

“It’s not the cattle, it’s our management that’s the problem. To concentrate them all into a huge feedlot, that’s an ecological disaster.”

Mr. Hjertaas said farmers tend to be traditional and slow to change, but financial incentives could go a long way to making the switch and overcome cost and uptake challenges. 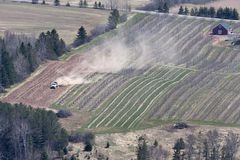 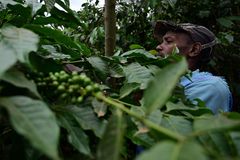 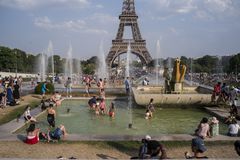