Frustration is palpable among Canadian energy executives who have flocked to the annual Calgary Stampede celebrations in Canada’s oil capital this week, even though a recent pipeline approval gives them something to celebrate amid the rodeo competitions, corporate parties and pancake breakfasts.

The federal government’s approval of the Trans Mountain expansion last month was a boost for the battered industry. On top of that, crude oil prices have stabilized, an aggressively pro-energy party has come to power in Alberta and overall production in the country is around five million barrels a day – making Canada the world’s fourth-largest producer.

Yet, millions of barrels of crude remain in storage because of stubborn delays in pipeline expansion caused by legal challenges from environmental and Indigenous groups. The transportation problems have forced the Alberta government to curtail crude production to prop up Canadian oil prices, which trade at a discount to U.S. barrels. Foreign investment in Canada’s energy industry is down sharply and unemployment remains stubbornly high.

All this has dampened the mood at Stampede, the Canadian energy industry’s biggest party, a 10-day extravaganza of drinking, western dress-up and networking in tents lined with straw bales.

“The unpredictability of getting pipelines built has kept capital out of Canada and it’s not getting any better,” RS Energy analyst Samir Kayande said in a phone interview.

Canadian energy companies rely on pipelines to get crude from Alberta to markets. Canadian energy capital investment in 2019 is forecast to be $37-billion, less than half its level of $81-billion in 2014. Many foreign oil companies have exited Canada, leaving the industry largely in the hands of domestic producers.

For some, this could be an opportunity – but only if market access is worked out.

“Canada is on sale. The question is whether this is a temporary sale or a permanent loss,” Rob Dionne, vice-president at fund manager Scheer, Rowlett & Associates, referring to low valuations of Canadian companies.

In the Wildhorse Saloon Stampede tent, pitched on a parking lot in downtown Calgary, the atmosphere was quieter than in past years, according to one oil trader at a corporate event on Monday night, even as hundreds of revellers in cowboy hats and plaid shirts filled the dance floor.

High unemployment in the industry put a noticeable damper on festivities, the trader said, with Repsol SA the latest foreign firm to cut jobs.

Many feel if Alberta could increase market access by building more pipelines, producers could unlock billions more barrels of bitumen and boom times would return to Canada, home to the world’s third-largest oil reserves.

TC Energy’s Keystone XL, Enbridge Inc.’s Line 3 and the Canadian government-owned Trans Mountain expansion have all been delayed for years by legal and regulatory challenges. Enbridge’s existing Line 5 pipeline is also facing legal challenges in Michigan over its underwater crossing in the Great Lakes.

“The really important thing in the short to medium term is getting these development pipeline projects completed and in service,” Cenovus Energy chief executive Alex Pourbaix said on the sidelines of a conference held here this week.

“If all of those projects go, this industry probably has a significant runway before we have to worry about market access again.”

The key word is “if.” One Calgary-based source at a major Canadian midstream company noted he was in junior high when Keystone XL was first proposed, so he is skeptical about the recent Trans Mountain approval.

The Trans Mountain expansion will triple pipeline capacity to the Pacific coast, but supporters are braced for legal challenges after a previous government approval was overturned.

The industry is accustomed to having its hopes raised and dashed, making investors gun-shy about Canada. Those who do invest focus on big oil sands companies while smaller companies get ignored, said Laura Lau, senior portfolio manager with Brompton Group.

Still, the outlook for the Canadian oil sector is better now than it was in late 2018, when well-organized environmental activists helped overturn the original Trans Mountain approval and oil production outpaced pipeline capacity, pushing the discount on Canadian oil to record levels surpassing US$50 a barrel.

Since December, oil prices have strengthened and western Canadian crude inventories have shrunk modestly to just more than 30 million barrels, from around 35 million last year.

In Calgary, there is still hope that global appetite for Canadian oil will increase at the expense of less stable jurisdictions such as Venezuela, while pipelines will expand.

“Canada needs all the stars to align to get people’s attention. They have been disappointed for so long,” Ms. Lau said. 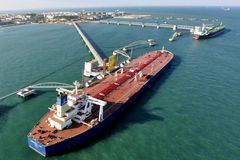 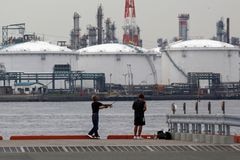