The federal government could end up losing money on the Trans Mountain pipeline if it further tightens its climate policy and ends up decreasing demand for Canadian oil, the parliamentary budget officer says.

The federal government bought the pipeline, and the unfinished work to increase its capacity by twinning it, in August 2018 for $4.4 billion.

The Liberals haven’t been able to find a buyer for the pipeline from Alberta to the West Coast. They are instead paying for its expansion, which the most recent estimate says will cost $12.6 billion.

The increased capacity wouldn’t come on line until the end of 2022.

The budget officer said the pipeline remains profitable based on expected cash flows, estimating the government could make $600 million above its purchase price.

But Yves Giroux warned in his report Tuesday that everything could change based on circumstances both beyond and within the government’s control, including changes to climate policy that would reduce demand for the petroleum products the pipeline moves.

Giroux also provided a scenario for the Liberals’ promise to reach net-zero emissions by 2050, estimating that doing so could lead to a $1.5-billion loss on Trans Mountain by turning off the taps in the same year.

And that estimate led environmental groups to argue the government should spend less on the pipeline and more on tackling climate change.

“This pipeline is only profitable in a worst-case climate scenario, where the world takes no new action on climate change,” said Keith Stewart with Greenpeace Canada. “That is not a future that we should be betting over $12 billion of public money on.”

The report Tuesday was an update on the PBO’s report from early 2019 that pegged the cost of the pipeline and planned expansion project at between $3.6 billion and $4.6 billion, meaning the government might have overpaid for the project two years ago.

The Liberals have argued the costs were worth it to save a project that looked doomed when Kinder Morgan and its investors got cold feet in the face of legal opposition and political uncertainty.

“TMX is a good project that has created more than 7,000 jobs for Canadians,” Natural Resources Minister Seamus O’Regan told the House of Commons Tuesday.

“There is a very strong business case for the project and construction will continue.”

Despite a series of legal wins for the pipeline’s construction, and government money going into it, a sale hasn’t happened.

He called on the Liberals to shift spending from the pipeline to climate change projects like green energy infrastructure.

“It was a mistake for Mr. Trudeau in 24 hours to come up with ($4.4 billion) and throw that at the company,” he said during a virtual press conference.

“It would be a bigger mistake to keep pouring money – taxpayers’ money – into this project, even though it is almost in all the scenarios that are realistic, it is going to be a money-loser.”

Giroux’s report last year estimated the government would lose upwards of $2.5 billion if the expansion didn’t go ahead.

In his report Tuesday, Giroux estimated that a one-year delay in getting the expansion online would translate into a $400 million loss. A 10 per cent drop in construction costs would put the profit margin at $1 billion, or $200 million if costs rise.

In a statement, Giroux said the precarity of the outlook lay with federal policy.

“The profitability of the assets is highly contingent on the climate policy stance of the federal government and on the future utilization rate of the pipeline,” he said.

“Acting on climate change and Trans Mountain don’t mix and we all need to be asking the prime minister what’s more important: saving this pipeline or tackling the climate crisis?” 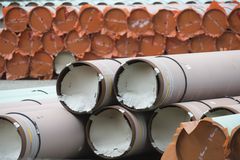 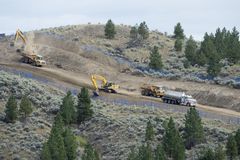