In its 2019 capital budget announcement, Husky said its expected contribution to the cuts in January is “considerably higher” than the 8.7 per cent industry-wide target announced by Premier Rachel Notley earlier this month.

It also says the province is not properly considering in its calculations rising production at two of Husky’s steam-driven northern Alberta oil sands projects.

“Husky continues to attain global pricing for the vast majority of our production. Our low-cost integrated model in North America and high-margin offshore business shield us from the commodity discounts realized by many of our peers,” chief executive Rob Peabody said in a news release.

“We are disappointed with government intervention given the market’s natural ability to remove uneconomic barrels.”

The curtailments “disproportionately impact companies like Husky,” the Calgary-based company said, noting the integration of its upstream oil production with upgraders, refineries and firm contracted pipeline space allow it to be profitable throughout commodity price cycles in Western Canada.

Integrated companies like Suncor, Imperial Oil Ltd. and Husky are opposed to the curtailments which are supported by producers with a larger exposure to non-upgraded oil such as Cenovus Energy Inc. and Canadian Natural Resources Ltd.

Suncor said last week the cuts have created “winners and losers” and could cause problems with safety and operational reliability at its oil sands projects, which normally operate flat out during the coldest months of the year.

A spokesman for Alberta Energy responded to the Suncor complaint by pointing out the government had appointed an Alberta Energy Regulator panel to review curtailment levels and had made temporary adjustments to the formula for companies facing higher reductions because of production increases in 2018.

The discount on Western Canadian Select bitumen-blend crude rose to as much as US$52 a barrel in October but has fallen to as little as US$11 a barrel since curtailments were announced. On Thursday morning, the discount on deliveries for February was US$15.25 a barrel, according to Calgary-based oil brokerage Net Energy.

Suncor said the curtailment announcement had made crude-by-rail shipping “uneconomic.” Analysts estimate it costs about US$20 per barrel to ship Canadian oil by rail to markets on the U.S. Gulf Coast, so differentials that are lower than that make it less attractive.

Alberta has promised to buy as many as 80 locomotives and 7,000 rail tankers to start moving oil to markets in late 2019.

The province said it will order the suspension of 325,000 barrels a day or about 8.7 a cent of overall oil production for about the first three months of 2019 before reducing the cuts for the rest of the year.

The cuts only affect producers with more than 10,000 bpd of output, limiting curtailments to about 25 companies, mainly in the oil sands.

Husky said it plans to spend approximately $3.4-billion on its capital expenditure program next year, about $300-million less than it forecast in May, partly to account for the oil production cuts as well as lower global oil prices.

It says spending is being cut in areas where it has the most capital flexibility, including heavy oil and Western Canada resource plays.

Average annual 2019 production is expected to be approximately 300,000 barrels of oil equivalent per day, about the same as in 2018.

That doesn’t include any production associated with its hostile takeover offer for oil sands producer MEG Energy Corp. which expires in mid-January.

The guidance also appears to assume a longer-than-expected outage at the White Rose oil field off Newfoundland which was suspended following an oil leak during a severe storm in November, analyst Phil Skolnick of Eight Capital observed in a report.

He said the operation produces 20,000 barrels per day net to Husky.

The company has said operations will remain suspended until a full inspection of all facilities is completed and approval given by the Canada-Newfoundland Offshore Petroleum Board.

On Thursday, it said it is progressing plans to retrieve a failed flow line connector at White Rose and expects to be able to resume operations in a phased approach. 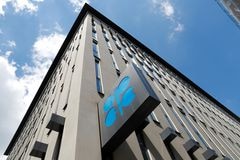 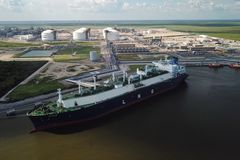 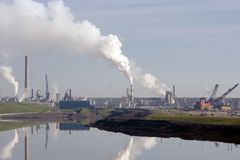