Katanga Mining Ltd., its chief executive and six former insiders admitted they broke Canadian securities laws and have agreed to pay $34.4-million in penalties in a settlement with regulators that centred on “materially misleading” financial disclosures.

The Ontario Securities Commission fined Katanga CEO Johnny Blizzard $400,000 on Tuesday and banned him from serving as an officer or director with a Canadian-listed company for two years. Mr. Blizzard, who has been CEO since February, 2015, has agreed to step down from the company within 30 days.

The OSC levied the largest individual fine on Aristotelis Mistakidis, who will pay $2.45-million and is subject to an officer and director ban for four years. Mr. Mistakidis was a director with Katanga until late last year and is the outgoing head of Glencore PLC’s copper unit.

Five other former officers or directors with Katanga agreed to pay fines ranging from $350,000 to $950,000 and serve various director and officer bans.

Switzerland-based Katanga owns copper and cobalt operations in the Democratic Republic of the Congo and is 86-per-cent owned by Anglo-Swiss metals and mining conglomerate Glencore PLC. In November, 2017, Katanga disclosed that the OSC was investigating the company’s accounting practices and, on Monday, the securities watchdog brought formal allegations against the company.

As part of the settlement, Katanga admitted it violated securities laws between 2012 and 2017 by making misleading disclosures in its copper business. It also failed to maintain adequate disclosure procedures and internal controls in its financial reporting. The various infractions amounted to hundreds of millions of dollars. In 2014, for example, the company overstated concentrate inventories by 121,000 tonnes, valued at about US$106.9-million.

According to the settlement approved by the OSC, the individuals sanctioned on Tuesday, which include two former chief financial officers and three Glencore board nominees, “engaged in conduct that undermined Katanga’s corporate governance, internal controls and culture of compliance.”

In a statement following the OSC hearing on Tuesday, Katanga said it "takes full responsibility for failing to meet its disclosure obligations and to maintain effective internal controls.”

Katanga, which will pay a $28.5-million penalty and US$1.5-million in legal costs, has also agreed to a review of its accounting policies and procedures by an independent consultant.

Katanga also admitted it failed to disclose the heightened risks of the operating environment in Congo. The company also conceded that it failed to disclose a potentially damaging reliance on individuals and entities tied to Dan Gertler, an Israeli businessman who last year was sanctioned by the U.S. government after being accused of corruption. According to a statement by the U.S. Treasury last year, Mr. Gertler built his wealth through “hundreds of millions of dollars’ worth of opaque and corrupt mining and oil deals" in Congo.

Over a number of years, entities tied to Mr. Gertler dealt with the Congolese government on Katanga’s behalf. Services provided by Gertler associates to Katanga included legal, tax and customs clearings. The company also paid US$146-million to Africa Horizons Investment Ltd., a company affiliated with Mr. Gertler, but did not provide adequate disclosure to investors around the matter at the time. Katanga took steps to end its relationship with Mr. Gertler in 2017.

Katanga had already admitted last year that its financial reporting fell short in certain instances. In November, 2017, after it disclosed the OSC probe, Katanga said its own internal review found that the company either overstated or overvalued its copper cathode production, inventories of concentrates and ore stockpiles on a number of occasions. Katanga also restated a number of financial documents, including its consolidated financial statements for 2016 after saying its previous disclosures could not be relied upon.

"This settlement enables the company to continue to move forward with improved governance, compliance and control procedures,” Hugh Stoyell, Katanga’s chairman said in the company’s release on Tuesday. 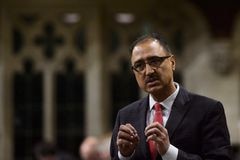