A parliamentary committee is urging Prime Minister Justin Trudeau and U.S. President Joe Biden to craft a settlement to the threatened shutdown of Enbridge pipeline Line 5, a major petroleum conduit for Central Canada.

Last November, Michigan Governor Gretchen Whitmer, citing the risk of an oil spill, announced that she would revoke an easement granted in 1953 that allows Line 5 to cross the Straits of Mackinac, a waterway in the state. Her order was to take effect in May.

An interim report from the special House of Commons Committee on the Economic Relationship between Canada and the United States, which includes MPs from the Liberals, Conservatives, NDP and Bloc Québécois, is calling for high-level talks.

The report, released Thursday, urges “frequent and direct dialogue on the issue of Line 5 with the U.S. President and his administration, in an attempt to resolve this dispute diplomatically as soon as possible.”

Failing that, MPs are calling on the government to intervene in the court case and remind the Americans of the 1977 Canada-U.S. pipeline treaty. Under the treaty, Canada can request negotiations with the United States and, if necessary, binding arbitration to settle the matter.

Without Line 5, Ontario would be about 45-per-cent short of the crude oil it requires, according to Enbridge. The supply from Line 5 is used, among other things, to produce gasoline and diesel for Ontario.

The pipeline from Michigan is also a critical source of supply for the Line 9 pipeline that runs from Ontario to Quebec and provides 40 per cent to 50 per cent of the crude oil that is used by Quebec refineries to make gasoline and other fuels.

Businesses have warned that a shutdown could also trigger significant layoffs of refinery jobs in Sarnia, Ont., and would be a blow to Western Canadian crude producers as well. Ontario has warned the shutdown will cost more than 5,000 direct jobs as well as more than 23,000 indirect jobs.

Liberal MP John McKay, a member of the Commons committee that issued the report, said it’s rare to see the Liberals, Conservatives, Bloc and NDP agree on something. He added that the committee invited public officials from Michigan to appear but they were unavailable or declined.

Ontario Premier Doug Ford spoke to Ms. Whitmer on March 12 on the matter, an Ontario government official said, and she remained unmoved by his entreaties. The Globe and Mail is not identifying the official because they are not authorized to speak to the press.

The United States District Court for the Western District of Michigan, which is hearing Enbridge’s challenge, has ordered the company and the State of Michigan to begin mediation. This will begin Friday.

“In light of the external threat posed to Line 5′s continued operation, the Government of Canada should evaluate other possible vulnerabilities to Canada’s critical energy infrastructure and supply chains, and develop contingency plans to ensure that Canadian interests are protected in the event of disruptions.”

Back in March, federal Natural Resources Minister Seamus O’Regan called Michigan’s order to shut down the Enbridge pipeline Line 5 a threat to this country’s energy security.

At the time he announced that Canada considers the continued operation of Line 5 “non-negotiable” for this country.

The minister also vowed Canada would do whatever it takes to stop Michigan from shutting down the pipeline, which passes through the state on its way to Sarnia.

The Line 5 crossing of the Straits of Mackinac is currently submerged, but Enbridge has applied for regulatory approval to build a tunnel that would further protect it.

International trade lawyer Lawrence Herman said he hopes Enbridge and the state can reach a compromise solution. If that doesn’t work, he says the United States is obliged under the 1977 treaty, the Agreement between the Government Of Canada and the Government of the United States Of America Concerning Transit Pipelines, to comply in good faith with its terms.

The objective, as its preamble makes clear, is to “ensure the uninterrupted transmission” of such pipelines.

Mr. Herman said Article 2 of the treaty “prevents all public authorities – which includes those in Michigan – from interfering in any way with this guaranty of transit.” 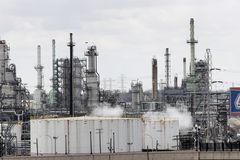 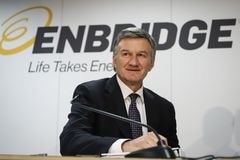 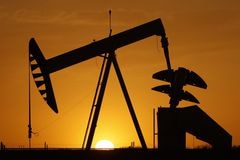