Goldcorp Inc. has agreed to a US$10-billion takeover by Newmont Mining Corp. that sees the Vancouver company, once the world’s most valuable gold miner, acquired by a U.S. competitor at a fraction of its peak value.

Now, Newmont is set to surpass Barrick and grab the crown as the world’s largest gold producer by market capitalization, production and reserves. Newmont and Goldcorp will produce 6 to 7 million ounces of gold a year over the next decade, executives said on Monday. The combined stock market capitalization of the new company would be about $35-billion, compared with Barrick’s $29-billion.

Newmont chief executive Gary Goldberg said the deal creates a giant company with 20 mines that “combines world-class assets and prospects in favourable mining jurisdictions,” and the opportunity to save US$100-million in annual costs.

Also: Goldcorp’s stumble: How an industry leader blew it

Goldcorp joins a long list of Canadian miners to be scooped up by foreign acquirers over the past 15 years. Many of Canada’s largest base metals companies, including Inco, Alcan and Falconbrige, were acquired in the mid-2000s, and Barrick’s recent acquisition of Randgold has amounted to a reverse takeover of sorts, with the company since unveiling deep cuts at its Toronto head office.

Newmont, whose head office is in Colorado, said it intends to retain a regional office in Vancouver, but gave few specifics on staff levels. The company said in the release the board of directors will maintain a “significant Canadian presence.” After Barrick bought Randgold, the combination left only one Canadian director on the new board.

Apart from Goldcorp chairman Ian Telfer, who will remain with the new company in a diminished role as deputy chair, the top management positions announced on Monday will be occupied by Newmont executives. Mr. Goldberg will be CEO of the new company, and Newmont president Tom Palmer will succeed him in the fourth quarter after Mr. Goldberg retires. Newmont’s Noreen Doyle will be the chair.

Neither Goldcorp nor Newmont would say whether outgoing CEO David Garofalo is staying with the new company in any capacity. Goldcorp’s most recent proxy circular documents indicate Mr. Garofalo stands to receive severance of about $10-million if he departs after a takeover of the company. His total compensation for 2018 has not yet been disclosed. He earned $8.4-million in 2017 and $8.3-million in 2016.

Four other top Goldcorp executives are slated to receive between $3-million and $5-million in severance, including the estimated value of stock awards if they leave after the deal with Newmont.

Goldcorp shareholders will receive 0.328 of a Newmont share and US$0.02 in cash for each Goldcorp share, which is about 17 per cent more than Goldcorp shares were trading at in recent weeks. The premium Newmont is paying for Goldcorp is low compared to similar-sized acquisitions in the sector. At the peak of the last global bull run in gold about eight years ago, takeover premiums in the 30-per-cent to 40-per-cent range were common. But Barrick recently broke with tradition by announcing a no-premium acquisition of Randgold, which shareholders on both sides of the deal welcomed as a sensible solution in a difficult market.

This acquisition also allows Colorado-based Newmont to expand its portfolio with the addition of Goldcorp’s mines in Canada, Mexico and Argentina, including a stake in Pueblo Viejo, a giant mine in Dominican Republic that it co-owns with Barrick.

When asked why Goldcorp agreed to a takeover when its stock is some 75 per cent below its 2011 peak, Mr. Garofalo said it was a “unique opportunity to create a leading gold company."

But not that long ago, Goldcorp itself was considered the world’s leading gold company.

In 2011, it had a market capitalization of $44-billion, and as recently as three years ago it was the biggest gold company in the world by that measure, worth more than both Barrick and Newmont. But after poor acquisitions and operational stumbles, Goldcorp’s stock price had been in a deep tailspin.

In an interview, Goldcorp founder Robert McEwen, who left the firm in 2005, said it is disappointing that Canada will lose yet another major mining head office.

“It’s a loss for Canada, for the mining sector,“ said Mr. McEwen, who is now CEO of McEwen Mining Inc..

“When a head office moves, its corporate heart moves. It’s a bit of a hollowing out."

Goldcorp’s recently built Cerro Negro mine in Argentina has grappled with declining gold grades. Production at its Éléonore mine in Quebec has not come near the level of 600,000 ounces a year the company promised. Under Mr. Garofalo, who was appointed three years ago, the company has paid about $1.5-billion for acquisitions that have fallen short, including a gold project in Yukon whose reserves were recently cut by one-fifth.

After a particularly weak third quarter financial report in October, Goldcorp lost close to 20 per cent of its value in a single trading session, with some analysts and investors saying the market had lost faith in its management team.

On Friday, The Globe and Mail reported that Goldcorp was in takeover talks with Newmont as it explored strategic options. Goldcorp also talked to Australian gold major Newcrest Mining Ltd. before Christmas with the view to being acquired, but those talks fell apart.

“Unlike the Barrick-Randgold merger, which brought management, and some top tier assets, Newmont will pick up second tier assets that are in need of drastic surgery,” gold analyst John Ing of Maison Placement wrote in a note on Monday.

Founded in 1994 by Mr. McEwen, Goldcorp spent much of its first decade developing its Red Lake mine in Ontario. While Mr. McEwen was in favour of the company’s 2004 acquisition of Vancouver’s Wheaton River Minerals, which gave the nascent company a global footprint, he said its 2006 deal to buy U.S. competitor Glamis Gold for $7.8-billion was far too expensive. 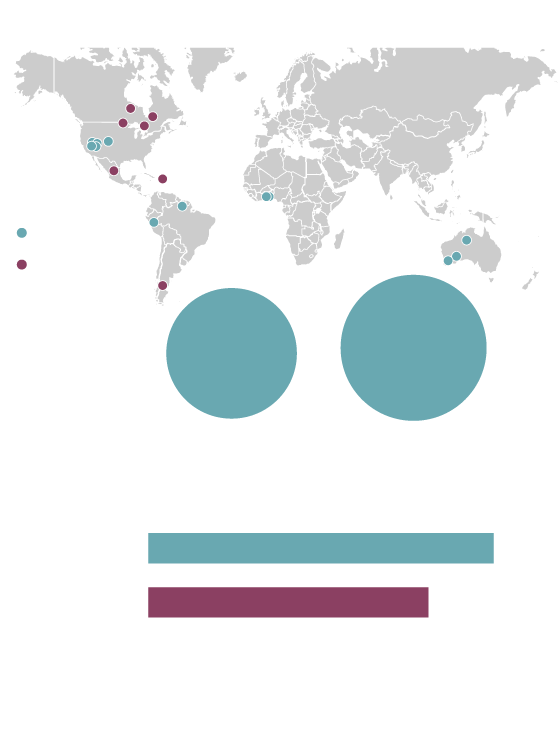 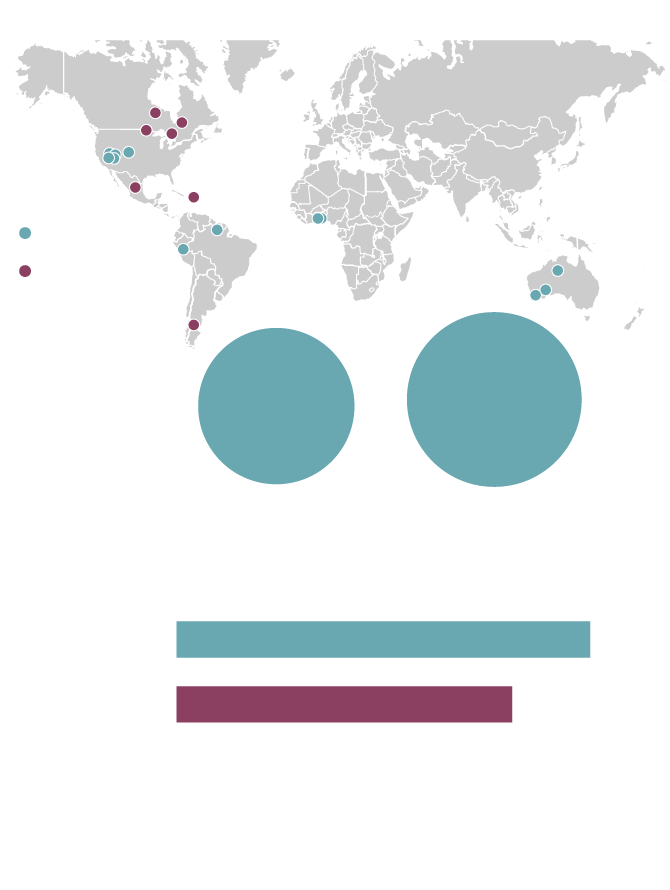 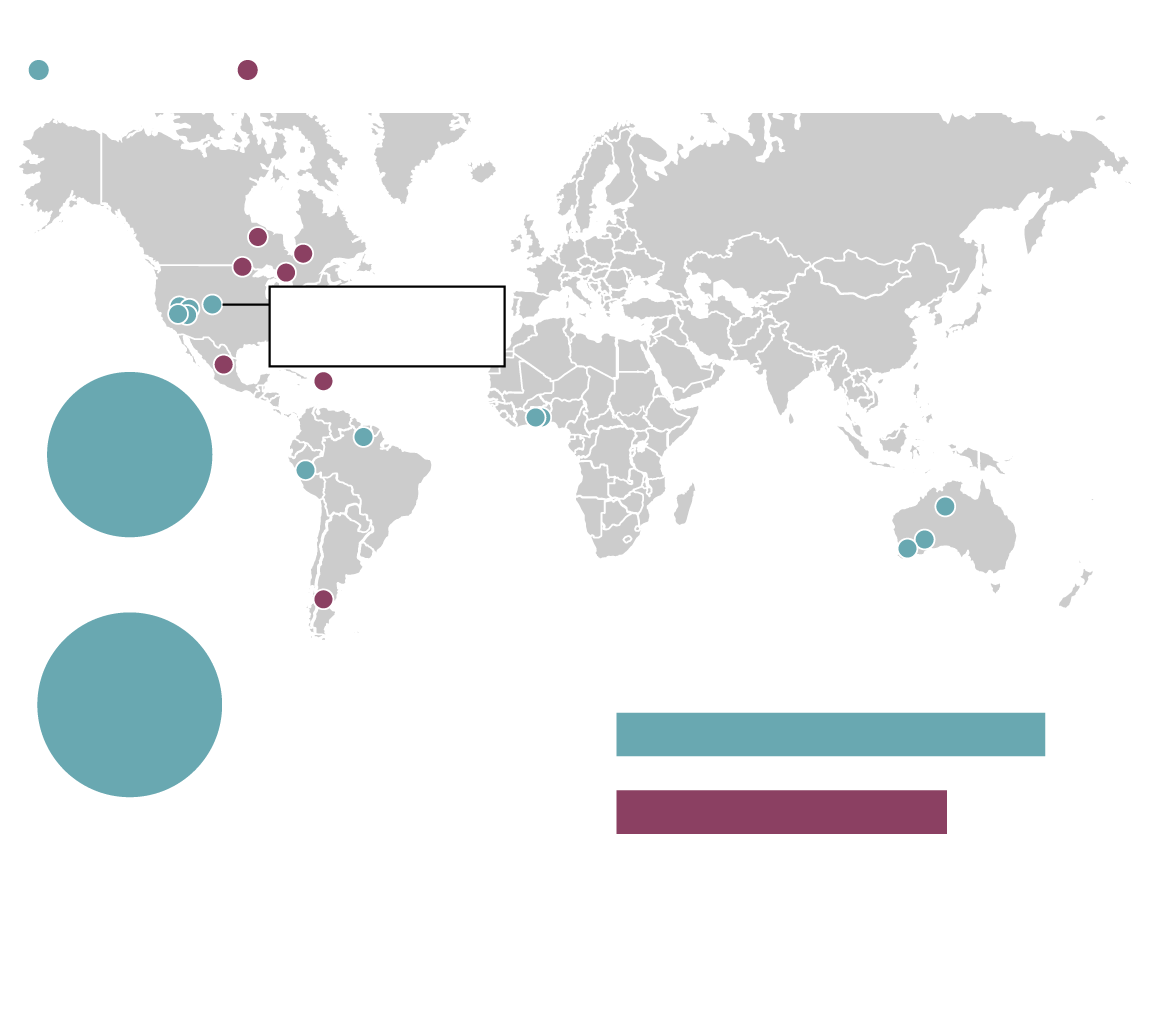 opinion
After Goldcorp-Newmont deal, who’s next in the gold-industry merger wave?
January 14, 2019
opinion
Another one bites the dust: Goldcorp sale a further example of the hollowing out of Corporate Canada
January 14, 2019