Kinder Morgan Inc.’s threat to abandon its Trans Mountain pipeline is magnifying pessimism in a capital-starved industry already struggling with weak prices and no shortage of investor apathy.

Kinder Morgan chief executive Steven Kean said on Monday the company would scrap the contentious project should it face additional roadblocks, sparking industry fears the $7.4-billion expansion is close to being shelved.

Even the slightest whiff of cancellation is likely to deepen a malaise that has weighed heavily on energy shares and stoked concerns about the sector’s competitiveness, despite a broad recovery in U.S. and global oil prices.

The Alberta-based industry had already fallen out of favour with global investors, including the world’s biggest energy companies. Now, one of the best hopes for rekindling some of that interest looks increasingly shaky.

“It’s just one more impediment to getting that very-much required shift in sentiment,” said Eric Nuttall, portfolio manager at Ninepoint Partners in Toronto. “Here we have oil almost back up to a four-and-a-half year high, and Canadian names are languishing.”

Shares of Kinder Morgan Canada Ltd. fell more than 12 per cent in Monday’s session on the Toronto Stock Exchange, a day after the company halted all non-essential spending on Trans Mountain. The stock pared earlier losses to close at $16.12.

Trans Mountain would nearly triple the flow of crude and refined products along an existing pipeline route between Edmonton and Burnaby, B.C., relieving shipping constraints that have contributed to hefty price discounts on Canadian oil.

Prime Minister Justin Trudeau approved the expansion to 890,000 barrels a day in late 2016, but the project has become ensnared in legal challenges and an escalating trade tiff between the NDP governments of Alberta and British Columbia.

Kinder Morgan had already delayed startup by one year and cut project spending to a minimum, citing difficulties obtaining necessary municipal and provincial permits in B.C. The company has also yet to complete an extensive list of pre-construction conditions.

But CEO Mr. Kean sought Monday to indemnify shareholders from any financial hit stemming from further delays. The company imposed a May 31 deadline by which he said it needs certainty that B.C. won’t be able to block construction of the line.

He also said the company requires clear victories in court, where federal approvals of the project have been challenged. The company is seeking assurances before spending up to $300-million per month during construction, in addition to the $1.1-billion spent to date.

“We don’t have the ability to just kick the can down the road,” Mr. Kean said on a conference call. “We needed to make a decision and we made it.”

Alberta Premier Rachel Notley reiterated Monday that the province is prepared to take a financial stake in the contentious expansion to ensure its survival, although she declined to say what form that might take.

While production cuts have helped ease pressure, analysts expect such relief will be temporary as output at big-ticket projects climbs.

Trans Mountain is one of three major pipeline proposals, along with Enbridge’s Line 3 expansion and TransCanada’s Keystone XL, that would boost exports.

But the Kinder Morgan project has become a major test of the federal Liberal government’s approach to energy and the environment, which some business groups argue has discouraged investment.

Share issues by Canadian energy companies have slumped to multiyear lows and make up just 2 per cent of total equity transactions so far this year, according to Royal Bank of Canada. And a growing proportion of this shrinking equity pie is used to fund consolidation, versus new exploration.

“It’s already in the doldrums,” said Martin Pelletier, portfolio manager at TriVest Wealth Counsel in Calgary, referring to investing levels. “It’s actually quite encouraging to see a line being drawn in the sand here.” 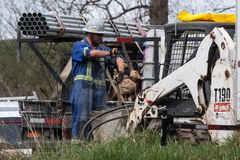 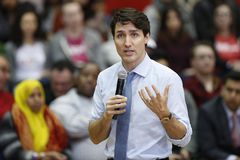