Drone strikes caused explosions and fires at two of the kingdom’s key production and processing facilities and slashed its oil production by more than half. Yemen’s Houthi rebel group claimed responsibility for the attacks, which revealed the vulnerability of the Middle East’s largest oil producer.

State oil company Saudi Aramco said production had been cut by 5.7 million barrels a day – a volume equating to more than 5 per cent of global demand and more than all of Canada’s output. Officials said the company hoped to restore about a third of that by early this week.

U.S. President Donald Trump said he has authorized the use of the U.S. emergency oil stockpile to ensure stable supplies in wake of the attack.

“Based on the attack on Saudi Arabia, which may have an impact on oil prices, I have authorized the release of oil from the Strategic Petroleum Reserve, if needed, in a to-be-determined amount sufficient to keep the markets well-supplied,” Trump said.

The incident marks a dangerous new phase in a proxy war in which Saudi Arabia has been ensconced in Yemen. It reignites fears of global supply disruptions because of military hostilities, especially if the tensions spread through more of the region. U.S. Secretary of State Mike Pompeo laid the blame on Iran, which is allied with the Houthis. Iran rejected the claim.

Saudi Arabia, the largest producer in the Organization of Petroleum Exporting Countries, has been taken for granted as a central bank of oil because of its ability to bring on spare capacity when needed to calm markets, said Michael Tran, commodity strategist at RBC Capital Markets in New York. That flexibility is now in question, especially as its fellow OPEC members struggle with various production and political problems.

“This is no longer a hypothetical or a black swan in terms of thinking about how vulnerable oil production is on a global basis,” Mr. Tran said on Sunday. “The geopolitical risk premium has been largely absent or even extinct from oil prices for much of the past five years of the oil price downturn. So at a minimum, you should see a supply-risk premium reinjected into the market.”

International benchmark Brent crude surged as much as 19 per cent to US$71.95 a barrel as Asian oil markets opened on Monday.

“And if Pompeo convinces Saudi Arabia that Iran deliberately did it and knocked the assets, then there’s going to be some geopolitical risk payment additionally onto the oil price. That’s a huge wild card,” Mr. Tsubouchi said.​

Brent had closed down 16 cents at US$60.22 a barrel on Friday. It had fallen nearly 20 per cent since late April against a backdrop of global economic worries, partly because of trade tension.

The strikes, which Saudi Aramco chief executive officer Amin Nasser called “terrorist attacks with projectiles,” damaged the Abqaiq oil plant, the company’s largest such facility. They also targeted the Khurais oil field, which has capacity of 1.5 million barrels a day.

Aramco has yet to give a timing estimate for returning to full production – which stood at 9.6 million barrels a day in August. Saudi Arabia exports more than seven million barrels a day, and officials said the country will tap reserves in storage to keep the market supplied.

“But I think the more important thing than the physical impact is the psychological impact it will have on the market. The Abqaiq processing facility is the absolute nerve centre of the indispensable global oil producer and exporter,” said Derek Brower, director at RS Energy Group in London.

“Whoever has attacked, whether it’s Iran or Iranian-backed Houthis or whatever, they’ve demonstrated they have the ability to shut it down and that is a profound shock to the oil market in terms of the psychology.”

Middle East tension had been intensifying amid seizures of Western-owned tankers by Iran following the U.S. withdrawal from the nuclear accord and its sanctions on the producer, Mr. Brower said.

In terms of actual crude flows, Saudi Arabia’s main customers are Asian countries as the U.S. reliance on OPEC supplies has diminished over the past decade while its own production has more than doubled.

Canada’s ability to be a “first responder” to making up any supplies lost through disruption is prevented by the lack of major pipeline capacity to the West Coast from Alberta because of delays in building the Trans Mountain expansion, Mr. Tran said.

The attacks complicate Saudi Arabia’s recently restarted plans to launch an initial public offering for 5 per cent of Saudi Aramco and could delay the float until more is known about the damage and risk to the company’s most important asset, Mr. Tsubouchi said.

With a report from Reuters​ 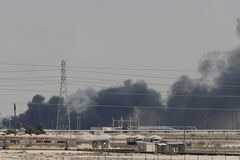 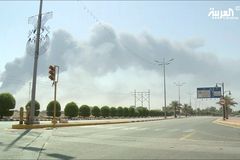