Ottawa will review all proposals for new or expanded coal mines with the potential to contaminate waterways with an element called selenium, marking the second major coal policy shift from the federal government in a matter of days.

Environment Minister Jonathan Wilkinson told The Globe and Mail in an interview that while selenium has always been an issue in coal mining, there is growing concern about the harm it causes. Selenium washes out of waste rock from coal mines and can be toxic to fish populations, causing deformities and ruining their ability to reproduce.

Projects producing more than 5,000 tonnes a day automatically trigger a federal impact assessment, but Mr. Wilkinson said smaller mines also have the potential to release selenium into waterways. So now, all will be reviewed.

The move comes after the government said on Friday that proposals for new and expanded thermal-coal mines are highly unlikely to get the green light owing to unacceptable environmental risks. Thermal coal is burned to produce electricity and accounted for roughly 30 per cent of global carbon-dioxide emissions in 2018. The change in policy could sound the death knell for the Vista coal-mine expansion project in Alberta, near the town of Hinton. The mine operator, Coalspur Mines Ltd., wants to more than double its annual output to between 13 million and 15 million tonnes.

Metallurgical coal has become a major flashpoint in Alberta, where the provincial government has come under fire for quietly scrapping a decades-old land-protection policy around mining. The backlash was so fierce that the province ended up reinstating the policy and has launched public consultations to develop new rules. Unlike thermal coal, which is burned for power, metallurgical or coking coal is used in steel production.

The major concern in the province is a series of new metallurgical coal mines planned for the eastern foothills of the Rocky Mountains. The new selenium policy will include any proposals that emerge from those coal exploration projects.

“I think that is a legitimate concern,” Mr. Wilkinson said. “I do think that part of this is certainly about environmental issues, but it’s also about saying to Canadians, ‘We’ve heard you, this is an issue of concern, and we agree that this is something that does need to be assessed.’ "

The new rule around selenium will work in tandem with Ottawa’s proposed update of coal mine effluent regulations, which will be the subject of a consultation proposal this fall. The new rules will establish effluent quality standards for substances such as selenium, nitrate and suspended solids.

The assessment will look at the raw amount of selenium a mine might release but will also consider how diluted it will be – whether it is being released into a small creek or a large river, for example – and whether treatment technologies could reduce the amount.

Country musician Corb Lund and a band of local ranchers gathered in the picturesque eastern foothills of the Rocky Mountains Wednesday to express their opposition to the proposed new metallurgical coal mines in Alberta.

To Mr. Lund, it “feels like the tide is turning a little” against coal at a political level. And that’s good, he said, “because it’s been a battle.”

Bobbi Lambright is with the Livingstone Landowners Group in southwestern Alberta, which has also been vocal in the fight against new coal mines in the region.

Her group, like others, have been asking the federal government to review the proposed metallurgical coal mines, because some are too small to trigger an automatic assessment. The fact they will all now be reviewed, she said Wednesday, is “very good news.”

“Given the consequences, we felt very strongly that’s something they need to do. The announcement today is very encouraging,” she said. “I’m really thrilled, actually, that the government has stepped in.”

In March, Teck Coal was slapped with the largest-ever Fisheries Act fine after the mining giant contaminated waterways in southeastern B.C.’s Elk Valley with selenium.

“I think Albertans and British Columbians for sure would expect that those issues are considered and that there is a requirement for projects that are going ahead that selenium levels are addressed and treated to a level that will be protective of the environment,” Mr. Wilkinson said.

Mr. Wilkinson said his government has had “conversations with the provinces about directionally where we’re going with the coal mine effluent regulations,” though the new selenium rule had not been discussed in depth.

“This is about focusing on a contaminant that we all know is a concern, in an area that is clearly federal jurisdiction – which is fish and fish habitat,” he said. “If people lose faith that the processes themselves are not addressing the issues, then the ability to actually have projects proceed becomes incredibly difficult.”

In the wake of public backlash against coal mining plans in Alberta, Edmonton-Strathcona NDP MP Heather McPherson had petitioned Mr. Wilkinson in March to conduct a regional assessment of all proposed coal developments and exploratory activity in southwest Alberta.

He denied that request, saying in a letter to Ms. McPherson that he was “satisfied that existing regulatory frameworks and ongoing planning and policy initiatives will be effective means of addressing the potential effects of these activities.”

Chris Stannell, spokesperson with Teck, wrote in an e-mail that the company is committed to managing selenium at its operations and is implementing a comprehensive water quality plan, developed after consultations with the Ktunaxa Nation, scientists and local communities. “We have made significant progress to date, with water treatment facilities successfully removing selenium and more under construction, and are focused on taking the steps necessary to solve this challenge for the long term” he added. 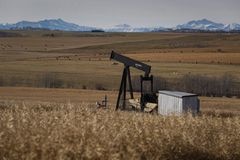 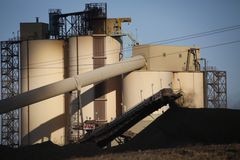