Saudi Crown Prince Mohammed Bin Salman is insisting on a $2 trillion valuation of oil firm Aramco, even though some bankers and company insiders say the kingdom should trim its target to around $1.5 trillion, industry and banking sources said.

With Aramco talking again to banks about an initial public offering (IPO), its board is meeting later this week and will probably hold a discussion about the company’s value, a source close to the company said.

Saudi Aramco declined to comment. CIC, the Saudi government media office, did not respond to a Reuters request for comment.

Prince Mohammed put a $2 trillion valuation on the state company in early 2016 when he first proposed a share sale to diversify Saudi Arabia’s economy beyond oil.

He has stuck with that valuation, according to the source close to Aramco and another source familiar with the IPO plans, even though some banks think it will be a struggle. Over the past three years, countries have accelerated efforts to shift away from fossil fuels to curb global warming, putting oil prices under pressure.

“If the market didn’t value Aramco properly, there is no rush to IPO, they can always postpone,” the source familiar with the plans said.

“They have the right tools to manoeuvre and aren’t in a weak position to IPO Aramco unless with a valuation that achieves the objectives of the vision and the national interest.”

Even at the lower end of estimated valuations, an Aramco IPO would create the world’s largest public company. It would also bring unprecedented scrutiny on the kingdom. Months after the listing was shelved, Saudi Arabia came under Western pressure over the murder of journalist Jamal Khashoggi in the Saudi consulate in Istanbul.

The initial plan to sell a 5 per cent stake in Aramco was meant to raise funds for Saudi Arabia’s sovereign wealth fund to invest in non-oil sectors. When the IPO was shelved, the wealth fund sold a majority stake in petrochemicals company Saudi Basic Industries Corp (SABIC) to Aramco for $69 billion instead.

After the SABIC acquisition was announced, Saudi Aramco issued its first international bonds in April. The success of that debt sale, which attracted more than $100 billion in orders for a $12 billion issue, showed that pressure on the kingdom over the Khashoggi killing had subsided. Talks about a share sale were revived shortly after.

This year’s bond sale forced Aramco to disclose its financials, revealing a colossal net income of $111 billion, over a third bigger than the combined net income of the five super majors Exxon Mobil, Royal Dutch/Shell, BP, Chevron and Total.

Even with such profits, one bank pitching for a role in a renewed listing plan has put Aramco’s value at $1.4-$1.5 trillion including SABIC, a source familiar with the matter said. The source close to Aramco described that as a more realistic valuation.

Oil and gas companies are struggling to attract investor interest due to a weaker outlook for oil and deepening climate activism. The S&P Energy sector is up 2 per cent so far this year, underperforming the broader market which is 15 per cent higher.

Even at $1.5 trillion, Aramco would be worth at least 50 per cent more than the world’s most valuable companies – Microsoft with around $1 trillion, Apple and Amazon at around $900 billion each.

A key factor in an oil company’s value is the expected oil price. Producers including Saudi Arabia, its OPEC colleagues and non-members like Russia have struggled to prop up the market this year by a supply-limiting pact, due to slowing demand and rising supplies from the United States and other producers.

Brent crude is trading at $59 a barrel, down from the $70-$80 that OPEC and industry sources have said Saudi Arabia favours.

“If you are absolutely sure of a high oil price it’s easier to have a high valuation, but prices are not that high and a very high oil price is not sustainable,” said the source close to Aramco.

“Also, a lot depends on the integration of SABIC and how convincing that story is.”

Before the IPO was put on hold, banks estimated Aramco’s value at $1.3 to $1.7 trillion, the source close to Aramco said.

Another person, a source with an international bank, said banks’ estimates at that time were around $1.5 trillion with $1.7 trillion at the top.

Saudi Aramco pumps about one in every 10 barrels of oil produced in the world and sees the downstream – oil refining and petrochemicals – as increasingly important to boost the profit it makes on each barrel. With the purchase of SABIC, it aims to become a global leader in chemicals, helping to diversify its revenues.

The source with the international bank said efforts remained focused on achieving the $2 trillion value, and a second source close to Aramco said the company has been working on ways to boost its own value independently of the oil price.

“They are looking at things like internal governance and how to extract value,” this second source said. “If they structure the SABIC integration properly, it will increase the value of the company.” 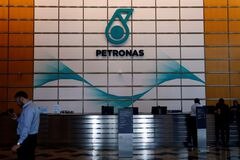 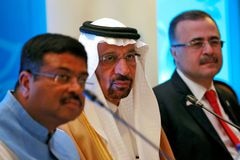 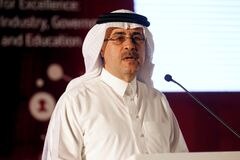