Prime Minister Justin Trudeau is looking to reassert Canada’s claim to climate change leadership at the coming Group of Seven summit, just a week after his government announced it would acquire the Trans Mountain oil pipeline and fund its expansion.

Mr. Trudeau will host Group of Seven political leaders at the summit in Charlevoix, Que., this week and has said support for the Paris climate change agreement is a key priority, despite opposition from U.S. President Donald Trump.

The G7 leaders are being urged to accelerate action on climate change, given that current commitments under the Paris accord are insufficient to meet the goal of limiting the increase in average global temperatures to less than 2-degrees Celsius.

And while trade and security are expected to dominate discussions, Mr. Trudeau – in his role as chair of the meeting – is pushing for a commitment in climate change to be included in its final statement. He may be less inclined to seek compromise with Mr. Trump over climate change issues given the President’s antagonistic imposition of steel and aluminium tariffs last week.

However, Mr. Trudeau’s climate leadership credentials are under attack after last week’s pipeline deal, which aims to bolster the fortunes of the emissions-intensive oil sands sector.

Canadian environmentalists argue the Liberal government’s support for the Trans Mountain pipeline and growth in the oil sands is inconsistent with its international commitments on climate change.

While there has been progress in reducing support for coal-fired power, Canadian government support for the oil and gas industry is the highest in the G7, when measured by size of the economy, says a report on fossil-fuel subsidies released Monday by four global environmental think tanks.

That conclusion was reached before the Liberal government announced it would acquire Kinder Morgan Canada Ltd.’s Trans Mountain assets and finance its expansion project through Export Development Canada until a new buyer can be found. At the same time, the Alberta government will set up a $2-billion contingency fund to cover extraordinary cost overruns that may result from further politically inspired delays.

“With Kinder Morgan, we see the government going in as an investor; we don’t know exactly how this will play out and exactly what will be the subsidy portion,” said Yanick Touchette, a policy adviser with the Winnipeg-based International Institute for Sustainable Development and co-author of the report.

“It’s all the more reason to provide more transparency regarding the overall picture of support to the oil and gas industry … and come up with a plan how Canada plans to meet its commitments to remove inefficient [fossil-fuel] subsidies.”

Finance Minister Bill Morneau insists the federal deal for Trans Mountain is not a subsidy but rather an effort to get the project built in the face of politically motivated opposition by the British Columbia government.

“We look at the expansion as a commercially viable approach,” he said last week in Calgary. “The government is looking towards ensuring the political risks can be relieved. And of course, we believe that long-term, this asset, this pipeline will be owned by the private sector.”

However, Ottawa will be financing construction through the summer even before the deal closes, and has offered to protect any future buyers from delays caused by provincial-government interference.

While the study on subsidies argues that the Canadian government is generous toward the industry, Conservative politicians and industry lobby groups complain that federal and provincial climate policies – including carbon taxes – are driving away private-sector investment.

A group of international investors – including some prominent Canadian institutions – are calling on the G7 leaders to increase their efforts – “with utmost urgency” – to reduce carbon emissions and encourage investment in low-carbon energy sources in order to meet Paris targets.

Among the signatories to the statement released Monday is the Alberta Investment Management Corp. (AIMCo), the Ontario Teachers’ Pension Plan and the Caisse de dépôt et placement du Québec, as well as some of the world’s largest banks and pension fund.

While Mr. Trump has announced plans to pull out of the Paris accord, the other G7 leaders need to provide a strong endorsement for it at the Charlevoix meeting, said Mindy Lubber, president of Ceres, an American non-profit corporation that worked with institutional investors on the G7 statement.

Ms. Lubber suggested that Mr. Trudeau’s support for the oil sands pipeline is misguided both financially and from an environmental perspective. However, she added his government is still an international leader on climate action.

“Nobody is getting this perfect; the Prime Minister is getting it a lot better than many, many others,” she said.

Still, she argued the government-backed pipeline could become a money-losing venture in the long term as the world moves to reduce its use of fossil fuels.

“We are convinced that more money put into the oil sands, in the tens of billions of dollars, are very likely to become stranded assets,” she said in an interview. 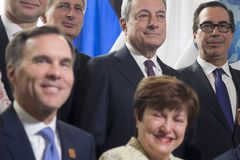 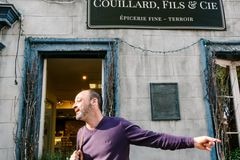 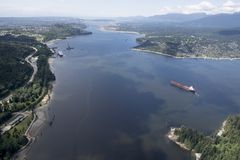