U.S. President Donald Trump signed two executive orders in the heart of the Texas energy hub on Wednesday seeking to speed natural gas, coal and oil projects delayed by coastal states as he looks to build support ahead of next year’s election.

Trump’s orders direct his Environmental Protection Agency to change a part of the U.S. clean water law that has allowed states, on the basis of environmental reasons, to delay projects such as pipelines to carry natural gas to New England and coal export terminals on the West Coast.

“My action today will cut through destructive permitting delays and denials … what takes you 20 years to get a permit, those days are gone,” said Trump, surrounded by workers in hard hats and yellow vests.

He signed the orders at a training centre for petroleum industry workers near Houston, an event sandwiched between fundraising events for the 2020 campaign.

Critics vowed to oppose Trump’s actions. New York Governor Andrew Cuomo said the orders were a “gross overreach of federal authority that undermines New York’s ability to protect our water quality and our environment.” Any attempt to usurp state authority on the projects will be fought “tooth and nail,” the Democrat said.

Chris Stockton, a spokesman for Williams Cos Inc, which has fought Cuomo’s denial of its Constitution gas pipeline from Pennsylvania, said the company supported Trump’s effort to “foster co-ordination, predictability and transparency in federal environmental review.”

The orders direct the EPA to review and update guidance issued during the administration of Democratic President Barack Obama on the so-called 401 provision of the Clean Water Act. The measure required companies to get certifications from states before building interstate pipelines and projects approved by the federal government.

In 2017, Washington Governor Jay Inslee, a Democrat and 2020 candidate for president, used the provision to block a permit for the Millennium Bulk Terminal, a coal export facility that would have expanded the ability of companies to send Western coal to Asian markets.

Inslee, who has centered his campaign on tackling climate change, said Trump’s orders would put the country on a “fatal path” of unconstrained fossil fuel use and hold back clean energy development.

’EVERY TOOL AT OUR DISPOSAL’

The orders are part of the Trump administration’s “energy dominance” policy to increase oil, gas and coal production, but forcing the EPA changes will take time.

A senior administration official told reporters the agency would have to follow normal procedures, including a comment period, and that projects already tied up in litigation “are obviously a much longer-term issue.”

A lawyer with experience in energy regulation in the U.S. government said it was unclear how much impact the orders would have. A change in the clean water law’s requirement for companies to get permits from the states would have to be made in Congress, said Fred Jauss, a partner at the firm Dorsey & Whitney.

Michael Brune, the chief of the Sierra Club, which sues the government frequently, said the group would fight the orders “with every tool at our disposal.”

One order directs the transportation secretary to propose allowing liquefied natural gas, a liquid form of the fuel, to be shipped in approved rail cars.

The orders also give the president the power to issue permits for projects that span international borders, taking that power from the secretary of state. Trump issued a presidential permit last month for the long-delayed Keystone XL pipeline to bring crude from Canada.

Canadian pipeline operator Enbridge Inc supports the orders’ “focus on enhancing the predictability of the permitting process and the critical importance of investing in energy infrastructure in the U.S. and Canada,” company spokesman Michael Barnes said. Enbridge had an oil pipeline project from Canada to the United States halted by opposition in Michigan.

The orders could also speed projects in Texas. Energy investors vying for permits to build oil export terminals along the Gulf Coast say they have worked closely with Trump officials in a bid to speed regulatory reviews of facilities capable of loading supertankers.

U.S. and state agencies overseeing permit applications have taken too long to approve projects, the investors said, adding they were worried their projects would miss the most profitable years of the U.S. crude export boom. 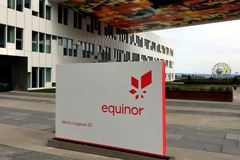 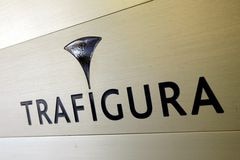 Ongoing disruptions to global oil production setting the stage for the next slump
Subscriber content
April 10, 2019 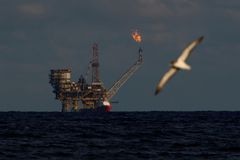