Searching for an office 15 years ago to house its 30 international brands, Travel Corp. Canada looked at available spaces across the Toronto area. Its ultimate choice was unconventional: a sprawling one-storey former soap factory built in 1958 in a suburban industrial park.

The 67,000-square-foot building had the space the company needed for a fast-expanding staff and warehousing for tonnes of travel brochures, but it needed a lot of upgrading.

Since 2005, the travel, tour and river cruise company has focused on improving energy efficiency and upgrading systems with the latest technology as they need replacement. A tally of the energy and equipment savings over a decade shows that quality green upgrades can quickly pay for themselves, says Jeff Element, the company’s president.

By replacing conventional power-hungry systems with more eco-friendly ones, the company saved nearly half a million dollars ($444,636) in electricity from 2005 to 2017, it says. It’s also reduced the amount of natural gas used by 82 per cent in that period, for savings so far of $227,661. And there are substantial additional savings in equipment maintenance and replacement costs as well.

The results are the product of continual research on ways to bring the building up to state of the art in energy and environmental efficiency, some which may not be immediately obvious, says Craig Lee, the company’s facility manager.

Energy savings weren’t the immediate focus when Travel Corp. Canada, a division of privately held Travel Corp., set up shop in the building near Don Mills Road and Lawrence Avenue in 2003. But insulation became a priority as thermal imaging found its roof and an uninsulated rear wall were losing large amounts of heat in the winter.

A new challenge came almost immediately when the Toronto office was designated the site of the data hub for the company’s eight main offices and 40 sales offices worldwide. Its travel brands include Trafalgar, Insight Vacations, Contiki, Luxury Gold, Uniworld and not-for-profit TreadRight Foundation. That required a rethink of how to cool servers that are prodigious producers of heat.

Among the unconventional approaches the company was able to take, because it has a large, low-rise building, was installation of a “Kyoto Wheel” heat exchanger. Its large, slowly rotating honeycombed disc draws heat out of a room and cools it using less than a quarter of the energy needed to cool the data centre with conventional air conditioning. One small electric motor is needed to turn the wheel, compared to the old air conditioning systems that continually pumped fluids.

Another innovation, installing a UPS flywheel power backup array for the data centre, is currently saving the company $48,000 every five years in battery replacement costs alone, Mr. Lee says. The flywheel is essentially a rotating mass that spins at high speed and provides immediate power to servers until diesel generators can kick in. Few data centres use them now, but they are a growing alternative to battery backup because they’re much smaller and cheaper, Mr. Lee says.

The building’s large lot also facilitated installation of a geothermal system for natural heating and cooling of the offices. Water and glycol circulates in a closed system that runs 150 metres underground where the

temperature is a constant 8 C. This provides cooling in the summer and needs only to be boosted to room temperature in the winter.

The geothermal installation cost $400,000 and at the time there was a $37,000 rebate from Toronto Hydro. The geothermal system is guaranteed for 50 years. Mr. Lee calculates that the existing cooling towers and boilers the system replaced would have needed replacement every 20 years, for a total outlay of more than $400,000. The geothermal system has also saved about $100,000 in costs of fuel and maintenance so far and significantly reduced water consumption.

There were other opportunities that weren’t immediately obvious, but provided big savings, Mr. Lee adds. One was co-generation. Directing exhaust heat from the data centre to heat the warehouse and office area substantially reduces winter heating requirements.

The ventilation system was fitted with temperature and CO² sensors so fans turn on only when needed rather than running continuously. Light systems have been wired to come on only when people are in offices and washrooms, and they shut off when everyone has left.

The calculations show that simply shutting off computers, monitors and task lights when workstations are not in use can add up to big differences in energy use.

“We even asked staff to use LED Christmas lights when they first came out rather than incandescent,” Mr. Lee notes.

Technology is constantly improving the efficiency of building equipment. “It’s crucial for leaders to continue learning. The technology available today wasn’t available just a few years ago. There has been a shift toward green tech in every sector of the building industry,” he adds.

Perhaps the biggest takeaway lesson has been, as Mr. Element puts it: “Don’t cut corners – invest in the future of your building or office. We decided not to purchase technology at the lowest price because we wanted it to last a long time. But that doesn’t mean you have to go over budget either – it just means you have to do your research and purchase high-quality tech."

Going green has had some intangible benefits as well. “I think this helps us from a retention standpoint,” for a staff that has grown in Canada to more than 200, Mr. Element says. “Millennial employees want to feel they’re joining a company they can be proud of, and in the interview process, they ask about our environmental policy and sustainability.”

Here are some takeaway lessons for green retrofitting based on results from Travel Corp. Canada’s experiences at its Toronto office:

— Reprogramming building automation systems can result in large energy savings. Look at everything that consumes energy and find out how it’s controlled, how long it’s on, what times it’s on, how much it consumes.

— Little changes can mean a lot. All of the 530 light fixtures in the ceilings are fluorescent LED. “The driver is in the lamp itself and we will never have to replace ballasts again. That’s a huge savings,” Craig Lee, the company’s facility manager, says.

— Apply for incentives through energy suppliers. The incentives are based on energy saved, so it’s essential to purchase the most efficient systems and research every possible way to control the systems. (Many green technology systems Travel Corp. installed were also eligible at the time for Ontario provincial government tax write-offs).

— Plan ahead. Consider all aspects of efficiency during the construction phase, not after the fact. It’s cheaper to install green tech at the beginning rather than retrofitting later. 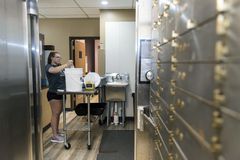 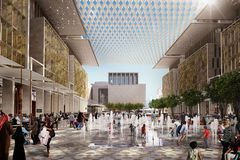