The commercial real estate sector is facing a new, yet familiar problem – the spectre of widespread storefront vacancies-

As recently as a few years ago, industry watchers worried that the Amazon-led shift toward e-commerce would lead to a hollowing out of Main Streets and shopping malls. But those spaces adapted and evolved, with restaurants, bars and other entertainment-oriented venues multiplying to fill the holes created by vacated retailers.

Now, with physical distancing measures and health uncertainty forcing stores to close and lower overall customer volumes, many small businesses across Canada are in danger of folding.

The numbers are indeed dire.

A recent Reuters poll found that economists believe Canada is in the midst of its deepest recession on record. Unemployment, much of it from small businesses, is expected to climb to 13 per cent from its prepandemic level of 5.5 per cent, before settling closer to 8 per cent next year, according to a forecast released May 1 by CIBC economists Benjamin Tal and Katherine Judge.

A recent survey by the Canadian Federation of Independent Business (CFIB), meanwhile, found that 40 per cent of small-business owners say they will have to close permanently if they are required to continue pandemic-related restrictions until the end of May.

Prior to the pandemic, food and beverage establishments had been the primary drivers in retail in Canada and the United States, posting about 24-per-cent growth between 2014 and 2018 in both countries, according to the International Council of Shopping Centers.

The global trade association also found that Canadians were frequenting food and beverage services at malls almost as much as they were traditional merchants, with continuing growth in e-commerce accounting for a larger portion of overall retail sales each year.

Online sales now amount to about 18 per cent of total retail, according to Ottawa-based e-commerce provider Shopify. The company expects that figure to grow to 25 per cent in the next few months.

Many mall owners have spent the past decade reorienting their spaces toward this shift by adding restaurants and other entertainment venues, such as movie theatres. That strategy may now need to be rethought, experts say, given that necessary physical-distancing measures now make those businesses the most at risk of permanently closing.

One possibility, at least for malls that are well located and accessible by public transit, is to repurpose some space for residential living, offices or even hotels.

“I don’t think the mall is dead, but certainly the value has changed,” Mr. Olin says. “The … domination of those malls [by clothing stores] is going to have to move to a smaller footprint,” especially now that the pandemic has accelerated online shopping.

Debbie Baxter, partner, real estate advisory at Deloitte Canada, says landlords don’t want large numbers of vacancies either, so they will have to collaborate to avoid them. That could provide an opportunity for disruption and new ideas in a variety of forms.

Shorter or more flexible leases are possible. Landlords could also work with city officials and businesses to repurpose streets to convert some outdoor spaces to retail use, which would allow some restaurants, for example, to continue operations in line with physical-distancing restrictions.

“I’m optimistic that innovation may bring some solutions that we’re not seeing currently,” Ms. Baxter says.

Jane Domenico, national lead of retail services for real estate management services at Colliers Canada, points out a bright side to the pandemic, as far as stores are concerned – at least it didn’t happen during the fourth quarter of the year, a time when many make the bulk of their annual sales.

If that holiday-related revenue was unexpectedly squashed, as current sales have been, bankruptcies would likely be much higher.

Still, those retailers that were in difficult financial positions prior to the pandemic aren’t likely to make it, and many will indeed close, Ms. Domenico says. But retail is a resilient industry and will bounce back, she adds. One possibility is that a new wave of health- and wellness-oriented shops open up to replace those businesses that are forced to close.

“Retailers have to change every day, it’s part and parcel of their DNA,” Ms. Domenico says. “Entrepreneurs are always looking at ways of redesigning themselves.”

City planning experts such as Matti Siemiatycki, Canada Research Chair in infrastructure planning and finance at the University of Toronto, also point out that consumer desires and behaviour play a big role in determining real estate mixes, and that the enduring power of existing trends should not be underestimated.

“The payoff is you’ll have the whole city as your living and dining rooms,” Prof. Siemiatycki says. “People will still want to live in that way.” 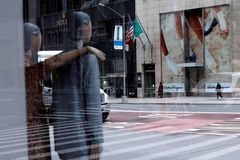 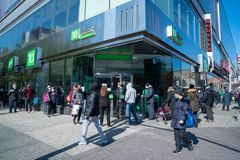 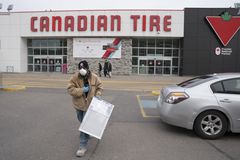