When developers design and market new urban communities, they often offer “steps to shopping” and “minutes from work” as selling points. They need to be creative when the communities they’re constructing are close to established commercial and retail centres, but maybe not close enough for walking to the store or café.

Being creative in this way is the challenge faced by two master-planned communities in Toronto – Canary District at the foot of the Don River and Emerald City in North York.

On the surface, the two communities have a lot of differences. Emerald City is more suburban; its retail and commercial aspects support three condo towers of 33, 24 and 15 storeys.

Canary District is at the eastern edge of downtown, a master-planned 35-acre LEED Gold community that has grown from the site of the 2015 Pan American/Parapan American Games athletes village. The latest addition to the project is a 13-storey Canary Tower, a mixed-use building that will restore the Canary Restaurant and include 25,000 square feet of commercial space at the building’s base.

In 21st-century, postindustrial and, it’s hoped, soon-to-be post-COVID Toronto, the two developments share common attributes, especially in the way both seek to knit themselves into the fabric of the city. Getting the right mix of local retail and maximizing transportation connections is key in both cases.

Developers say they’ve taken pains to seek retail and business tenants that will in turn attract the new neighbourhoods’ residents, so they don’t necessarily have to travel somewhere else to shop and work. The builders of master-planned communities agree that having a grocery store within walking distance to peoples’ homes is crucial.

“A master-planned community like ours, with 3,000 units, needs the stability provided by a major national grocery outlet. So, we’re going to have one,” says Rafael Lazer, chief executive officer for Elad Canada, developer of Emerald City.

“At first we thought, Emerald City is right across from Fairview Mall [Don Mills Road and Sheppard Avenue East], so people can shop there. They can go there for lots of things, it’s a great mall. But it’s not the same as shopping in your own neighbourhood,” he says.

At Canary, a major tenant of Canary Commons, located at the centre of the district, will be a 17,000-square-foot Marcheleo’s Gourmet Marketplace, selling produce, gourmet foods and prepared meals. It will be the new neighbourhood’s first large-scale grocery store; St. Lawrence Market is nearby but it’s still at least 15 minutes walking distance away.

Designing these neighbourhoods with the right retail mix so people can shop, walk, cycle and take public transit, while not abandoning the car entirely, may sound like a no-brainer. Yet it’s not easy – the many struggling malls next to big towers across North America will attest to this.

Getting the mix right can mean the difference between a community’s failure or success in becoming part of the surrounding urban fabric, says Jason Lester, vice-chair of development for Dream Unlimited, which is co-developer of the Canary District, along with Kilmer Van Nostrand Co. Ltd.

“We had a quick start with the residential aspects of Canary because the athletes village was there with a critical mass – two condo buildings, two affordable rental buildings and a George Brown College residence [buildings that were designed to be repurposed after the 2015 Games]. The non-residential was more of a challenge,” he says.

The challenge was partly physical. “The area where the non-residential goes is hemmed in between railway tracks and the Don River, without major thoroughfares. We had to look for destination retail – businesses that would not only attract the relatively small number of residents, but which would also draw others to come to the community,” he explains.

Mr. Lester says that in addition to seeking cafés and cute boutiques and potential tenants, the community designers worked to attract “health and wellness” retailers. The focus is on smaller, independent and, where possible, locally owned businesses.

“One of our really important strategies was to go after a bike store,” he says. “We’re at the head of bike trails [along the Toronto waterfront and up the Don River Valley]. The owner of the bike store that’s moving in actually cycled in from the west end, so he understood what we were looking for.

One of the popular cafés at Canary is FUEL+, owned and operated by a local resident, Chester Wong. Being a resident makes a difference, he says.

“When you live and work here, your neighbours are your customers. There’s a level of respect when you know somebody and they know you. This has proven especially important to our business during the pandemic. People still show up,” Mr. Wong says.

”I like how they’re curating a certain type of retail at Canary,” says Ben Myers, president and owner of Bullpen Research and Consulting Inc., which advises developers and comments on projects.

It can require a big push by developers such as Elad, Dream or Kilmer to add features such as a large grocery store or local retail to their projects, he says.

”Because the market is so strong, there isn’t always incentive for developers to change their strategies, and lenders like to go with what already works.”

Zoning can also make it challenging to be imaginative about commercial and retail, Mr. Lazer says.

“We came to one area at the edge of downtown where the zoning called for the elimination of all retail, even though it was the heart of the community. We kept the retail and expanded it anyway, and at Emerald we’re adding retail space where there wasn’t any before,” he says.

Mr. Myers says adding interesting non-residential elements to a new community should go beyond retail if the community is to succeed as a memorable place.

“Good bike infrastructure is key today, for example. I cringe every time I go online and see that someone on a bike has been hit by a car,” he says.

Parks and public space, including public art, are important too, he adds. Any element that makes it less tempting to hop in the car and go to the megamall helps.

“Even pop-up shops can make a difference. When you’re walking along and someone is selling sunglasses or art or bracelets, it just adds to the vibe of a street,” Mr. Myers says. “If a new community can create that kind of Queen Street vibe, it’s something that can make the community better.” 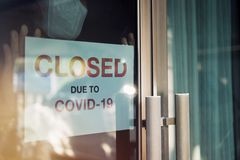