The traditional office tower lobby, faithfully replicated by Hollywood movies and 20th-century corporations everywhere, brings to mind vast open spaces filled with granite or marble, banks of elevators and an imposing desk where a security guard sits, monitoring various cameras. While common, this dated style of lobby could easily be described as “empty” or “lifeless.” And it’s why Oxford Properties Group, in conjunction with its key tenant, Amazon, opted to do something completely different at its 402 Dunsmuir St. property in Vancouver.

As part of the Oxford Properties Group portfolio, a major player in the commercial office towers, the new office complex for Amazon is located at the edge of Vancouver’s expanding business district and is scheduled for completion sometime next year.

Rather than replicate the lifeless office-tower lobby, Amazon and Oxford Properties Group opted to create more of a café feel.

To help create a space where people gather, the lobby includes an actual café, complete with baristas, amid what Patrick Fejér – senior design principal with B+H Architects, the Toronto-based firm that designed the nine-storey building now under construction – describes as an “agora-style staircase.” Designed like a Greek theatre, the staircase descends into the lobby in a way that encourages people to gather – whether it’s to sit, have lunch, do a bit of work or hold a short meeting.

This meeting space will connect seamlessly with the bike-parking lockers, as well as the elevators.

Another design feature was to leave the concrete elevator cores exposed and highlight this architectural structure with strategic touches of blackened metal.

“We call it the un-lobby,” Mr. Fejér says. “It will be this new communal hub to the building.”

Design innovations like the ones being incorporated into this lobby are trending with more frequency throughout Canada’s downtown business districts – the product of an extended office-building boom combined with employers desperate to attract and retain the millennial and Gen X talent that their business success increasingly relies on.

Big companies such as Oxford, GWL Realty Advisors Inc. and others in Vancouver are leading the way, incorporating such perks as spa-like bike rooms – individual, wood-paneled bike lockers, complete with showers and clothes-drying facilities – sit-stand desks that can be raised and lowered according to an employee’s needs, operable windows that can be opened and closed (to help prevent the claustrophobic effects of breathing endlessly recycled air), upscale fitness rooms, green-filled courtyards, and outdoor gardens on multiple floors.

It’s not just tech firms that are embracing this new style either, says Robert Kavanagh, vice-president of asset management for GWLRA.

“The tech companies are the ones growing, so they need more space, but law, mining, financial services are doing it to change their image,” Mr. Kavanagh says.

Vancouver Centre 2, a tower being constructed by GWLRA near the major downtown intersection of Georgia Street and Granville Street in downtown Vancouver, has already secured its first three tenants, one each from the fields of tech, mining and financial services. In addition to the spiffed-up lobby, intentionally outdoors-y spaces, bike lockers, change areas and e-bike charging stations, the seventh-floor patio of the new building will be a designated dog-friendly space – evidently another non-negotiable amenity for attracting employees.

“The office as a typology is being challenged by new modes of working,” Mr. Fejér says. “Office designers are increasingly borrowing ideas from the hospitality industry to make workplaces more appealing. The UX, or user experience, is key.”

Why Vancouver is leading the office-boom

The new approach is particularly dominant in Vancouver, the city that has seen the most dramatic increase in office space throughout the unprecedented, Canada-wide office-building boom of 2014 to 2018. During that time, Vancouver’s downtown core saw its normal pace of growth increase by an average of 400 per cent, outdoing the other gateway cities of Toronto and Montreal, as the region transitioned away from resource company head offices in favour of tech entities, says Stuart Barron, the national director of research with Cushman & Wakefield, a global commercial real estate services company.

Today, office buildings are still going up at a blistering pace – 4.3 million-square-feet currently in Vancouver, 10.5 million in Toronto and 2.1 million in Montreal (with vacancy rates, respectively, of 1.3 per cent, 2 per cent and 6.4 per cent).

This unprecedented growth has come as retiring baby boomers are being rapidly replaced by younger generations coming in. The fact that members of this up-and-coming cohort tend to work, play, socialize and commute to the office much differently than their predecessors is something that employers in these biggest growth sectors are sitting up and paying attention to as they compete for staff.

A survey recently conducted on behalf of GWLRA, among almost 600 office workers in its buildings, revealed that a mere 8 per cent of Vancouver’s under-35 population favoured personal cars for getting to work, and that almost 60 per cent of under-45s relied on public transit. Respondents also expressed a desire for more places to hang out at work, such as courtyards and spaces for yoga classes.

Employers are taking these kinds of preferences into account for very pragmatic reasons, as society as a whole becomes increasingly aware of the different ways that younger employees behave.

“The better the workplace experience, the lower your turnover rate,” says Wendy Waters, GWLRA’s vice-president for research services and strategy.

That preference might relate to the continuing dominance of the open-office concept that, even though it is frequently derided, does not seem to be going away, and from which this emerging style seems to provide some escape.

Looking around at his own company’s employees, Mr. Dubuque says, “Our young people need quiet space for mindful, thoughtful explorations.”

One company that emerged as a trailblazer for this new kind of office experience was WeWork. Founded in 2010, the American start-up was one of the first of the new breed of lucrative new business models: firms that lease out space in downtown buildings, redesigning it to be hip, and then renting it out to space-hungry tenants – from individuals to small companies – in need of flexible office space on a short-term basis.

Despite recent troubles – WeWork’s scheduled IPO hit a roadblock this year when the firm’s valuations dropped from US$47-billion to US$8-billion, according to Bloomberg, and the firm’s CEO was removed from his leadership role – WeWork’s unique approach to setting up and marketing its office space demonstrated that “people actually want a nicer experience and they will pay for it,” Ms. Waters says. “This is the shift to the experience economy.”

In many cases, WeWork’s presence in an office building has turned out to be a bonus for co-tenants that may need to temporarily expand their operations to accommodate, for example, a big project or sudden surge of new business that is not guaranteed to continue.

This trend towards upscale, hotel-like amenities hasn’t been limited to just the downtown cores in Canada’s three biggest cities, either. Brokers and industry analysts say it is also happening in suburban districts or high-vacancy cities where competition for tenants runs high. Having a nicer package of amenities to offer employees is a selling point in a tough market.

But is everyone really going this way? Not necessarily, Mr. Kavanagh says. “There’s still plenty of traditional office tenants in Vancouver [and in Canada] who just want the elevators and the heating to work.”

How do I deal with a co-worker stealing my meals from the office fridge?
Subscriber content
October 28, 2019 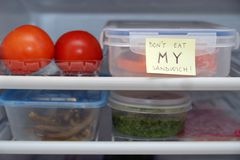 There’s likely a cybersecurity skills gap at your office
September 27, 2019 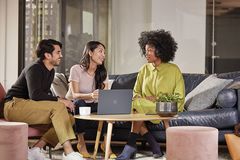 Opinion
This election season, handle office politics the right way
Subscriber content
September 23, 2019
Follow Frances Bula on Twitter @fabulavancouver
Report an error Editorial code of conduct
Due to technical reasons, we have temporarily removed commenting from our articles. We hope to have this fixed soon. Thank you for your patience. If you are looking to give feedback on our new site, please send it along to feedback@globeandmail.com. If you want to write a letter to the editor, please forward to letters@globeandmail.com.
Comments are closed