A major new player has emerged on the Caledon, Ont., golf scene, one whose ambitions include bringing the RBC Canadian Open to the club it recently purchased.

A group of investors managed by real estate investment company Longridge Partners Inc. recently purchased the Devil’s Pulpit Golf Association, a private club with two highly regarded 18-hole courses. Longridge has also acquired pockets of land contiguous to the courses, as well as a nearby 386-acre site for which its previous owner had approvals to build 27 holes of golf and lodging.

The company, whose portfolio has more than 2,000 acres of land in the idyllic rural Town of Caledon and other parts of the Greater Toronto Area, envisages adding estate housing, short-term accommodations and more recreational activities to the courses and nearby properties.

It has hired executive golf professional and industry veteran Rob Roxborough to be its general manager and lead the expansion. He served a similar function for a dozen years at tony Magna Golf Club in Aurora, Ont., during its infancy in the early 2000s, and says the chance to build something almost from the ground up again convinced him to sign on at Devil’s Pulpit.

Roxborough and Longridge president and co-founder Mackenzie Crawford say that among their first orders of business will be to polish up the original Devil’s Pulpit course and its sister Devil’s Paintbrush.

The courses, on rolling land within the Niagara Escarpment, a UNESCO biosphere reserve, are on separate properties about three kilometres apart. Both are ranked within Canada’s top 100 by influential ScoreGolf magazine but have lost some of their profile of late, Roxborough and Crawford acknowledge.

Their objective is to not only make the courses more pristine and enjoyable for members, they say, but also to set up the Devil’s Pulpit course, in particular, to stage significant golf tournaments, including the Canadian Open, the CP Women’s Open, and the men’s and women’s national amateur championships.

“I think it’s time to put it back on the map," Roxborough says. "It should be recognized as a top-25 venue and a major championship would certainly do that.”

The 2020 Canadian Open was supposed to begin Thursday at St. George’s Golf and Country Club in Toronto but it was cancelled because of the COVID-19 pandemic. St. George’s will take on the 2021 edition instead, the tournament said this week.

The national championship and PGA Tour event, which moves around among host venues, is scheduled for Hamilton Golf and Country Club in Ancaster, Ont., in 2023 and again at St. George’s in 2024. The rest of the decade’s venues haven’t been announced.

As for Devil’s Pulpit breaking into the rotation, tournament director Bryan Crawford (no relation to Mackenzie Crawford) says the Caledon club’s “new ownership and management group has brought a new enthusiasm in their championship vision but there has not been any formal discussion or exploration."

He says the process of choosing host venues is “quite extensive” and involves many parties, including governing body Golf Canada, title sponsor Royal Bank of Canada and the Tour. The pandemic has hampered the search for a 2022 site, he adds.

Devil’s Pulpit hasn’t been host to golf’s biggest stars in competition since its early days in 1993 when it staged the Telus Skins Game, a now-defunct exhibition that featured Jack Nicklaus and Fred Couples among others that year.

Staging big tournaments is just a small part of Longridge’s overarching new vision, though. The privately held company, which is based in Caledon, foresees creating an upscale community for members, residents and their guests, in a setting that’s rural but not far removed from Toronto. Caledon is about an hour northwest of the city, beyond the giant suburb of Brampton.

Existing Devil’s Pulpit members have been canvassed to see what other amenities they might like and the new ownership team will investigate similar clubs for ideas. Crawford and Roxborough say they want to avoid the fussy country-club model and rather create a family friendly, fun enclave with something for everyone.

Roxborough says Bluejack National, north of Houston, is a good model as it has the right combination of great golf, a family vibe, high-end homes and other activities, including bowling, pickle ball and lake fishing. Tiger Woods designed a course there – it’s his first U.S. effort as an architect – and five-year-old Bluejack also has a 10-hole lighted layout that invites informal play.

Longridge’s Crawford says any housing or stay-and-play accommodations would honour the land, which is protected from dense development because it’s within the Niagara Escarpment.

He says any projects would mesh with the other low-impact growth in the town, which is a sprawling municipality that’s largely agricultural and dotted with a handful of villages, including Bolton and Alton, but is gaining a reputation as a destination for gracious country living, agri-tourism, outdoor recreation and artisan ventures such as craft brewing.

“Caledon as a region is a perfect example of a type of place that can be a buffer of green space to accommodate some growth but not the full extent of Brampton-like growth."

The expansion, he says, would also complement the vision at Caledon’s other big-name golf club, TPC Toronto at Osprey Valley, a public facility that is moving ahead with plans to build a new clubhouse, on-site villas and a conference centre to add to its three 18-hole courses, all of which are also ranked in the top 100. “The entire region really becomes a destination known for golf,” Crawford at Longridge says.

Longridge has yet to submit any development plans with the municipality or meet formally with staff and the public, the town says. But the municipality identified golf as one potential driver for tourism in a 2014 report and Caledon Mayor Allan Thompson spoke positively about golf development this month when asked about Osprey’s plans, which have passed the preliminary discussion phase.

Golf development has not always been welcomed in the municipality, however. Last decade, a project by Kaneff Corp. that was to include a new golf course and 100-room hotel near Belfountain, Ont., faced opposition from citizens and some elected officials who were concerned about water usage and losing prime farmland. That project was approved but hasn’t moved forward.

Longridge, formed in 2018 but holding properties purchased earlier by its co-founders, has been acquiring parcels of land in Caledon that Crawford says are “undervalued” because of the environmental restrictions on their development.

Crawford is a member of Devil’s Pulpit, as are the investors in the group that took over the club.

With the ownership change, all of the club’s members – there are fewer than 500 – have retained playing privileges at the two courses. Existing members and any new ones can also buy a “participating interest in the properties,” Crawford says.

The Longridge-led investors purchased Devil’s Pulpit from club co-founder Scott Abbott and the family of the other co-founder, Chris Haney, who died in 2010. They were two onetime journalists who invented Trivial Pursuit and used some of the profit from the popular board game to build their dream golf courses in the 1990s.

That property was owned by Melrose Investments Inc., a Milton, Ont.-based firm, which had pondered building a golf resort there for almost 20 years and had approval to construct 27 holes of golf, a range, clubhouse, pro shop, banquet facility and a lodge of up to 300 rooms. Leading Canadian golf architect Doug Carrick designed the 27 holes.

“The idea of buying the land was to get into golf,” says Adam Cairns, senior manager of Melrose’s land division. But Melrose ultimately decided against developing the site and put it up for sale in 2014 – the most recently published price tag was $12-million.

The firm nevertheless remained hopeful the property would someday be a golf facility, even if it not its own. “I was hoping someone who was gung ho about golf would buy it and would start building it tomorrow,” Cairns says.

Crawford at Longridge doesn’t want to discuss his company’s plans for the site yet but says it fits into his company’s “investment thesis” of sustainable growth in environmentally sensitive areas. He acknowledges it was purchased knowing the company would pursue Devil’s Pulpit this year. “There is some connectivity there,” he says.

Opinion
Golf returns as an imperfect answer to trying times - but it still finds a way to reassure us
June 11, 2020 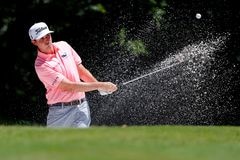 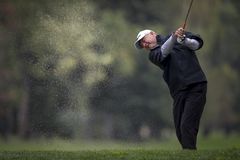 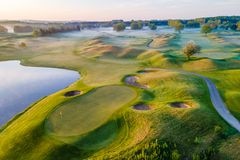