A long-awaited commercial project in scenic Niagara-on-the-Lake, Ont., is set to become a leading example of an urban design concept known as New Urbanism.

The aim of New Urbanism is to create developments that are less like sterile suburbs and more like warm, walkable villages.

The New Urbanism movement was launched in the 1990s by architects and planners who wanted to encourage urban design that harkens back to pleasant cities where people don’t have to drive to a convenience store for a bag of milk. New Urbanist communities are still unusual, but there are dozens in the United States and a few in Canada now.

The new Village Centre development, as it is called in planning documents, has been designed to complete a New Urbanist residential community that was built at the edge of Niagara-on-the-Lake’s historic Old Town in the 1990s. The new project will add commercial, retail and entertainment facilities to the neighbourhood, blending the 1990s homes with the town’s core, where many buildings date back to the early 1800s.

“We’re expecting work to begin in May to lay out the roads and pathways, and then we’ll break ground, and we hope to be complete in two years,” says John Hawley, president of Traditional Neighbourhood Developments Inc., which is developing the property. He works with his son Adam, the company’s vice-president.

The commercial, retail and institutional development will add to three existing commercial buildings already on the 2.3-hectare (6.9-acre) site to complete the existing residential neighbourhood, which was built in 1995 and is sometimes called Garrison Village by locals.

Several things are noteworthy about this project. The new buildings will have different purposes than the existing commercial portion, which now has a drug store, restaurant, bank, gift shop and upstairs offices.

Along with space for a grocery, cafés and restaurants, which might be expected, the new project will add a small hotel (with 60 rooms) and a 300-seat concert and assembly hall. In addition, a new medical centre is slated to be built on the site and opened in 2022.

The design of the commercial property is also interesting. While the buildings are still just drawings, they are being designed by several different architects, and all will be built to complement the neo-classical style of the residential portion of the Village, without imitating it completely.

“We’re using three or four architects because a healthy village has diversity, just like a healthy ecosystem does,” Adam Hawley says. “It costs more to build, but the result is authenticity that makes the development more valuable over the long term.”

What is perhaps most noteworthy about the newest commercial phase of the Village is how the entire plan seeks to adhere to New Urbanism.

“One of the premises of New Urbanism is that people should be able to take care of their ordinary daily needs within walking distance – food, health, companionship, school,” says Andrés Duany, an architect partner at DPZ CoDesign, in Miami. “It should be within a five-minute walk, which makes it more worthwhile to walk than to get in the car.”

“It’s not just about architecture. It’s also sociability,” says Mr. Duany, who created the master plan for the Village and co-founded the Congress for New Urbanism, a group of like-minded professionals who spearheaded the movement.

The reason for including buildings like a hotel or a small concert hall rather than just more stores is that these larger venues will draw both locals and tourists who flock to Niagara for the Shaw Festival Theatre, wineries and concerts. It creates an interesting area – a magnet within walking distance of peoples’ homes where locals and visitors can mix.

Mr. Duany and the Hawleys both speak about the “third place” – part of a community that is neither home nor work, but somewhere for people to meet and interact. The Hawleys already hold a popular weekly supper market (though not during the pandemic) on the site where the buildings are going up, which will continue on green space that will remain after the project is complete.

Adding a hotel, concert hall and sprucing up green space into a small, tidy civic square will enhance the third place and make it permanent, Adam Hawley says: “The third place is important because people want places to walk to and meet. It’s not enough just to have pretty houses with nice sidewalks – there have to be destinations where people can go to, meet and talk.”

The commercial project being undertaken in the Village offers lessons for urban planners as society confronts climate change and many people seek to drive less and walk and cycle more, says Bob Gibbs, president of Gibbs Planning Group Inc., a Michigan firm that did research for the Village on what kind of retail the project should consider and seek.

“Up to the 1940s most neighbourhoods were built like the Village, with commercial amenities, and then the shopping centre was invented,” Mr. Gibbs says. “Traditionally shopping centres were amenities, but they require driving, parking and they’ve become a negative. People don’t want to have to drive everywhere to get everything,”

“Climate change is part of it and there’s also a demographic change – people want to walk for things they need regularly, from the baker, grocer, pharmacy, pizza parlour,” he says. 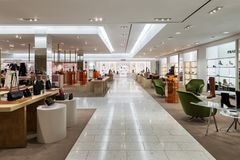 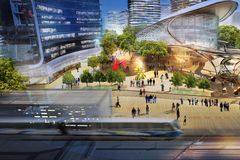 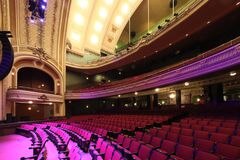