Wall Street’s heavy hitters are back in Saudi Arabia, but the terms of engagement have changed.

The chief executives of Citigroup Inc. and Credit Suisse Group AG, as well as the heads of fund managers BlackRock Inc. and BlackStone Group Inc. will be among those gathering in Riyadh next week for a glitzy investment conference, an event not attended by top financiers last year after the murder of Saudi journalist Jamal Khashoggi.

But the buzz around the Future Investment Initiative (FII) has faded since the conference was first launched in 2017, when it was heralded as Davos in the desert, a nod to the annual gathering of world leaders and corporate bosses in the Swiss Alps.

Then, Saudi Arabia was being feted for its investment opportunities and Crown Prince Mohammed bin Salman was hailed as a force for change.

Now, fallout from Mr. Khashoggi’s killing and the stop-start process toward the long-awaited stock-market listing of state-run energy giant Saudi Aramco have shifted the mood.

“It’s not seen as a must-do event like Davos,” said one banker at an international bank.

The country has struggled to lure foreign investment to fund projects outside the oil sector, including manufacturing, meant to create millions of jobs for Saudis, as investors hesitate over the commercial viability of projects and Riyadh’s human-rights record.

Proceeds from Aramco’s initial public offering will boost the Saudi wealth fund’s ability to back domestic megaprojects, including the US$500-billion futuristic city NEOM, announced at FII in 2017.

But there has been little progress on NEOM so far other than construction of royal palaces and an airport. A NEOM company spokesman said it continues to engage with a “wide range of potential foreign and local investors."

Saudi Arabia has managed to sign some multibillion dollar deals last year at the conference, but it was Aramco that clinched most of them.

“Signing commercial agreements is great for PR, but what Saudi Arabia really needs is for many of its national development initiatives to move from the conceptual stage to implementation with foreign, private-sector partners,” said Robert Mogielnicki, resident scholar at Washington-based Arab Gulf States Institute.

Aramco’s IPO, for which Prince Mohammed is seeking a US$2-trillion valuation, remains the biggest draw in Saudi Arabia for investors.

The company was due to announce plans on Oct. 20 for an initial 1 per cent to 2 per cent flotation on the Saudi stock market, a listing that could be the biggest ever depending on the valuation.

But this has been delayed. An adviser told participating banks that Aramco wanted to wait until its third-quarter results were published to bolster investor confidence after attacks on the company’s plants last month that halved Saudi Arabia’s crude output.

Sources also said more time was needed to lock in cornerstone investors for the listing.

The country’s privatisation drive looks far from reaching a target of 35-40 billion riyals in non-oil state revenue by 2020 based on deals so far.

A spokesman for Saudi National Center for Privatization & PPP said five public-private partnership infrastructure deals were closed since last December that involve more than 13 billion riyals in new investment in the next two to three years.

“The opportunities to date are largely in listed equities and direct investment, and the privatization or IPOs have been limited to the oil and gas sector,” said Richard Segal at Manulife Investment Management.

Prince Mohammed has courted Silicon Valley with visits to companies including Facebook Inc. and Microsoft Corp. in 2016 and 2018. He has not visited a Western capital since Mr. Khashoggi was killed.

Apple Inc. and Amazon.com Inc. were in talks in 2017 to set up a presence in Saudi Arabia, sources said at the time, but no deals have emerged.

The CEO of German conglomerate Siemens will not attend due to other commitments, a company spokesman said. South Korea’s Samsung will be represented by its CEO and will sign a memorandum of understanding with Saudi entertainment resort Qiddiya at the event, Qiddiya said.

The White House, which has resisted pressure to punish Riyadh over human-rights abuses citing its strategic importance, is sending its U.S. energy and treasury secretaries Rick Perry and Steven Mnuchin and senior adviser Jared Kushner.

While last year’s event was dominated by leaders from Asian and Arab countries, next week’s gathering will include Brazil President Jair Bolsonaro and India Prime Minister Narendra Modi.

David Malpass, the head of the World Bank – which did not attend last year – will also be there.

“FII may be an immediate reality check, but the real test of investor confidence in Saudi Arabia will involve a longer-term assessment of foreign direct investment trends, commercial regulations and transparency measures,” Mr. Mogielnicki said. 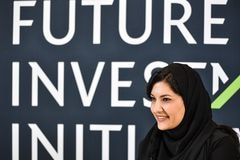 Saudis to Davos: Move on from Khashoggi, let’s do business
January 24, 2019 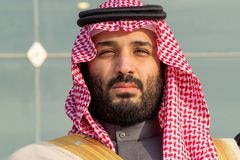