Clients, including the Royal Mint which uses Bruderer equipment to make coins, at last knew for sure that Britain would quit the European Union on Jan. 31. Many have revived plans that had long been on hold.

“For three years, we were stuck in a rut of indecisiveness,” Bruderer U.K. managing director Adrian Haller said. “Once the election happened, there was a massive sigh of relief.”

Other businesses are also reporting a postelection recovery, and Finance Minister Sajid Javid says he is hopeful that Britain’s economic growth can eventually bounce back to its prefinancial crisis levels of nearly 3 per cent a year.

That would represent a victory for Britain’s Brexit supporters and possibly inspire eurosceptics within the EU.

The firm, whose turnover for all of 2019 was below 4 million pounds, has also taken on two projects to retool machines for companies worth 140,000 pounds since the vote.

“January is usually synonymous with a very, very slow start to the year. Now, we’re only three weeks in but our feet have not touched the floor,” Mr. Haller said.

However, many firms remain worried about leaving a bloc that accounts for nearly half of Britain’s exports. Mr. Johnson’s victory has ended prospects of further Brexit delays, but London and Brussels have yet to start talks on a new trade deal for 2021 and beyond, after an 11-month, no-change transition period.

Mr. Johnson’s win also meant no shift to the left under the opposition Labour Party.

Its plans for renationalizing some industries and a greater role for the state worried many business leaders, and the first gauges of the economy since the election have pointed to a bounce in confidence and a quickening of the housing market.

On Friday, the IHS Markit Purchasing Managers’ Index showed firms having their best month in more than a year in January, possibly dissuading the Bank of England from cutting interest rates on Jan. 30.

However, it remains to be seen if the world’s fifth-biggest economy really is emerging from the near standstill of late 2019. In the medium term, few investors expect British growth to speed up much from its current pace of just more than 1 per cent a year.

Immediately after the shock decision by British voters to leave the EU in 2016, the PMIs suggested the economy was nosediving, only to stabilize soon afterward.

The world economy had its weakest growth since the global financial crisis last year and has not yet reached a turning point, the International Monetary Fund says, and uncertainty could return to weigh on Britain if talks with the EU about a new trade deal go down to the wire before the Dec. 31 deadline.

GOOD NEWS FOR SOME

Finance Minister Mr. Javid plans to give the economy a boost in March, by announcing more investment in infrastructure to tackle Britain’s weak productivity record.

At least for some sectors, the picture is already brighter after the stasis of 2019.

House-builder Berkeley is ramping up construction while Countryside Properties reported a record forward order book. Pub chains said they had a good Christmas even if supermarkets have reported little change in demand.

Companies in other sectors, especially those with a lot to lose if Britain and the EU do not reach a trade deal this year, remain cautious.

RDM Group, an automotive technology firm that makes computer systems for cars such as self-parking systems that can be operated from an iPhone, has seen no change in demand from clients that include Aston Martin and Jaguar Land Rover.

That reflects the high uncertainty for Britain’s auto sector. It faces the risk of high tariffs on trade with the EU if a deal is not reached by the end of 2020.

But RDM’s Aurrigo unit, which makes self-driving vehicles to shuttle passengers around shopping malls and carry baggage at airports, has seen a revival of interest from potential investors from the Middle East, North America and Australia who had gone quiet before the election.

“There was a lot of nervousness about which way the country would go,” Miles Garner, sales and marketing director for RDM and Aurrigo, said. “As it’s turned out, it is more of a business-orientated government. It has helped.” 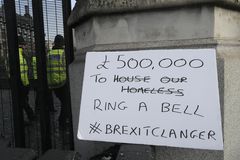 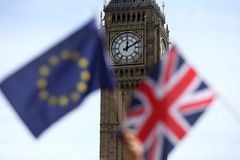