Aon PLC said on Monday it would buy Willis Towers Watson PLC for nearly US$30-billion, in an all-stock deal that will make it the world’s biggest insurance broker and give it more pricing power, but also attract regulatory scrutiny.

The acquisition, the insurance sector’s largest ever, unifies the second and third largest brokers globally into a company worth almost US$80-billion, overtaking market leader Marsh & McLennan Cos. Inc. It comes at a time when insurers are facing rising claims and new threats from the global outbreak of coronavirus and climate change.

Aon had scrapped plans last year to pursue a merger with Willis, a day after media reports forced it to reveal it was in the early stages of considering an all-stock offer for the Irish-domiciled company. The merger agreement came right after a 12-month restriction under Irish rules for revisiting the deal expired.

The timing also coincides with a violent market correction, as Wall Street’s main stock indexes plummeted and the Dow Jones Industrials crashed 2,000 points on Monday, driven by a 20-per-cent slump in oil prices and the rapid spread of coronavirus.

This also weighed on Aon, whose shares dropped 16 per cent on Monday, much more than the 8 per cent drop in Willis shares.

When asked about the timing of the deal, Aon chief executive officer Greg Case said: “This is the time we move,” noting that he spoke to 250 senior colleagues on Monday who were “energized” by the deal.

“In a world of volatility, clients have needs around protecting assets,” Mr. Case said.

Willis shareholders will receive 1.08 Aon shares for each of their shares. The offer represents a premium of 16 per cent to Willis’s closing price on Friday.

Aon shareholders will own about 63 per cent and Willis investors about 37 per cent of the combined company. The deal is expected to add to Aon’s adjusted earnings per share in the first full year, with full savings of US$800-million achieved in the third year.

Aon and Willis put together insurance contracts for clients that involve a number of insurance providers, for anything from airlines to large sporting events.

Brokers also play a key deal-making role in the 330-year-old Lloyd’s of London commercial insurance market, which carries out much of its business face to face and insures specialist risks such as oil rigs and soccer stars’ legs.

Aon and Willis also provide investment and employee benefits advice, and broker deals for reinsurers, who share part of insurers’ exposure to potential large losses such as hurricanes, in return for part of the premium.

The combined entity will work across risk, retirement and health businesses. The deal will also allow the “new” Aon to offer clients services in areas such as cyber, intellectual property and climate risk, executives said.

“The insurers and re-insurers are unlikely to be happy about the deal given the scale of the two players coming together,” analyst Ben Cohen at Investec said.

The deal terms state Aon must pay US$1-billion to Willis if the deal falls through.

Aon’s Ms. Davies said she was confident of getting all the necessary approvals for the deal.

“We have had great counsel on the topic of antitrust, feel really good about it,” Mr. Case said. 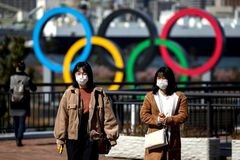