Svea Herbst-Bayliss
Reuters
Published May 25, 2021 Updated May 28, 2021
For Subscribers
Comments
Text Size
Please log in to listen to this story. Also available in French and Mandarin. Log In Create Free Account

BlackRock, Exxon Mobil Corp,’s second-largest shareholder, is backing several of upstart hedge fund Engine No. 1′s candidates to join the company’s board, in a blow to the energy giant, according to people familiar with the matter.

With the annual shareholder meeting Wednesday, Exxon has been scrambling to win the backing of major institutional investors for its directors in its toughest boardroom battle in recent history. Exxon has faced mounting criticism for its reluctance to invest more in renewable energy and for years of weak financial performance.

BlackRock, the world’s largest fund manager, has a 6.7-per-cent stake in Exxon, and its vote illustrates how frustrated shareholders have become after years of having the company dismiss concerns about its strategy. Investors have grown much more serious about fighting climate change.

BlackRock did not respond to a request for comment.

Exxon declined comment until after voting results are disclosed on Wednesday. Other sources have told Reuters the top U.S. oil producer has been calling shareholders, including Vanguard and State Street, to garner support for its slate of 12 directors. Preliminary results will likely be announced Wednesday morning after the meeting begins at 10:30 a.m. EDT.

Exxon under pressure as Institutional Shareholder Services backs Engine No. 1 nominees in board fight

Engine No. 1 has a stake worth only about US$50-million in Exxon, a company with a market capitalization of about US$250-billion, but the hedge fund has pushed publicly for Exxon to move faster to reduce its carbon footprint. The traction it has gained with shareholder advisory firms and BlackRock underscores the importance investors are giving to environmental, social and corporate governance (ESG) factors.

The sources requested anonymity because BlackRock does not publicly disclose how it casts its vote ahead of time.

The final vote could turn on Exxon’s three largest investors – Vanguard, State Street and BlackRock. Vanguard owns about 8.2 per cent of the Exxon’s stock while State Street owns 5.7 per cent. Vanguard will not disclose its decision before the meeting, a spokesman said on Tuesday.

BlackRock has been more willing than Vanguard and State Street to back dissident investors, analysts have said. Its decision could prove critical to securing one or more seats for Engine No. 1′s nominees.

Engine No. 1 proposed four directors – Gregory Goff, Kaisa Hietala, Alexander Karsner and Anders Runevad – with expertise in energy, technology and regulatory policy. BlackRock supported all but Mr. Runevad, the people said. Exxon has said the four do not have the expertise needed for its board.

California-based Engine No. 1 won the backing of three large pension funds and other investors dissatisfied with Exxon’s efforts to chart a clean energy strategy. Exxon’s past dismissal of governance and climate concerns also cost its support, investors have said.

Exxon pledged on Monday to add two new board members with energy and climate expertise within 12 months. Exxon’s share price has climbed 45 per cent since the start of the year. Its stock was off 2 per cent at $58.30 at midday on Tuesday.

Exxon’s returns have lagged its global rivals, losing about 15 per cent over the past five years. 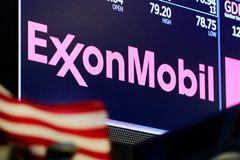 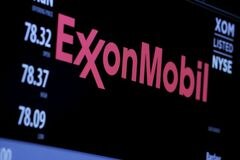