Two deadly crashes that left its 737 Max airliner fleet grounded. An aborted mission of its new spacecraft. Problems with a tanker it makes for the Air Force, a depressed stock price and the abrupt dismissal of its chief executive.

Boeing Co. faced serious problems largely of its own making long before the coronavirus crisis wounded the U.S. economy and led Congress to put hundreds of billions of dollars of corporate aid on the table. But that has not kept the country’s largest aerospace company from putting its hand out.

If the Trump administration obliges, the company – whose prospects have been further clouded by the virus-induced travails of the airline industry – could become one of the top recipients of federal aid in the most sweeping economic program in American history. That could give it a new chance to overcome its recent struggles, even as businesses without such flaws are fighting for assistance to survive.

Boeing is now engaged in a delicate dance with an administration that wants to keep the American industrial base strong but aims to avoid charges of handing out corporate welfare. Only weeks ago, the company signaled a reluctance to accept the conditions that might come with aid, including the possibility of handing over an ownership stake to the government or limiting layoffs. But it is still trying to work out a deal.

Boeing, the country’s largest aerospace company and its second-largest military contractor, is considering seeking assistance from as many as three of the federal programs established by the US$2-trillion coronavirus relief package signed into law last month by Mr. Trump.

After initially saying it had plenty of options and would not accept taxpayer help if it came with certain strings attached, the company is now working closely with the administration to see if it can work out a deal.

Inquiries into the crashes of the 737 Max led to revelations of corner-cutting and distrust, leaving Boeing mired in the worst crisis of its history. In December, the company dismissed Dennis A. Muilenburg as chief executive and later replaced him with David Calhoun, who continues to grapple with a wide array of operational and financial problems – not least the drying up of demand from the airline industry for new jets in a period when air travel has been severely depressed.

Yet even its critics acknowledge that Boeing is important to the country’s security and economy, and that if its problems deepen, they could have wide-reaching ripple effects.

Boeing employs more than 150,000 people in the United States, while supporting more than 1 million additional workers through a supply chain that includes thousands of businesses. Those operations span the country, giving Boeing clout in the communities and the Capitol Hill offices of many influential lawmakers, as well as in the White House.

“Making sure that Boeing is strong again is very, very powerful and very important, and we’ll do whatever is necessary to do,” Mr. Trump said on Friday at a briefing on the government’s coronavirus response. He noted that the company “has not asked for aid yet, but I think they probably will.”

Yet as negotiations over the stimulus heated up late last month – with Boeing officials working closely with the White House and key members of Congress to communicate the company’s needs and preferences – Mr. Calhoun gave an interview that provided fodder to critics, left supporters puzzled and created confusion among government officials involved in the negotiations.

Mr. Calhoun suggested in an interview with the Fox Business host Maria Bartiromo last month that Boeing would not accept taxpayer money if it meant giving the government a stake in the company, a condition that was being debated at the time as part of the federal bailout legislation working its way through Congress. The final legislation included conditions for some of the aid, including the possibility of the government taking an equity stake and limits on layoffs and stock buybacks.

Three days after Mr. Calhoun’s interview, Mr. Trump signed the bailout bill. It included several programs to be administered by the Treasury Department and the Federal Reserve, for which Boeing could be eligible.

The bill authorized the Federal Reserve to make credit available to companies, and it allowed the government to make direct loans to big companies through a program to be administered by Treasury Secretary Steven Mnuchin. The legislation specifically allotted US$17-billion for loans and loan guarantees to “businesses critical to maintaining national security” – a pot of money believed to be intended to benefit primarily Boeing.

Yet on the day Mr. Trump signed the bill, Mr. Mnuchin suggested in an appearance of his own on Fox Business that he was still operating under the premise that Boeing was not looking for federal help.

“Boeing has said that they have no intention of using the program,” he told Ms. Bartiromo, adding: “I appreciate the fact that Boeing is saying they can operate on their own. That’s what we want them to do.”

Mr. Mnuchin and the Treasury Department will have wide latitude over the assistance funds, and the agency is currently drafting guidelines for doling out the money – a process that Boeing is closely monitoring.

Hours after Mr. Mnuchin’s interview, Greg Smith, Boeing’s chief financial officer, called him to try to clarify Mr. Calhoun’s comments. Mr. Smith explained that the company was just keeping its options open and studying the strings attached to each pool of money.

Boeing is devoting considerable resources to analyzing and shaping the government assistance programs, as well as avenues for raising money from Wall Street. It retained a pair of New York investment banks – Lazard and Evercore – to advise on its options, The Wall Street Journal reported on Friday.

Mr. Smith has been consulting Mr. Mnuchin on how the conditions attached to the bailout money will affect the company. Boeing’s lobbyists have been regularly consulting with Treasury staff members.

In addition to the potential equity to be provided to the government in exchange for assistance, people familiar with the company’s lobbying effort say it is monitoring the maximum amounts of financing available under the various programs and whether anything in the guidelines would prevent it from seeking assistance from multiple programs at once.

Once the conditions of the various loan programs become clear, Boeing will balance them against its need for financial help to decide which of the options makes the most sense, according to the people familiar with the company’s lobbying effort.

Boeing is loath to agree to any restrictions on cutting employment, since the aerospace industry has been hit hard by the coronavirus crisis and the company has no idea what levels of aircraft production will make sense in one month, let alone in one year.

Mr. Trump on Friday seemed sympathetic to Boeing’s plight. He said a “determination hasn’t been made” about whether Boeing or other companies could be penalized for laying off workers after accepting federal assistance. But he suggested that he was considering the prospect of compelling the company to “keep people that they absolutely don’t need.”

“They do have to run a company,” the President said. “You know this isn’t a great time to sell airplanes; let’s not kid ourselves.” 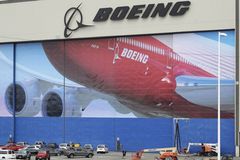 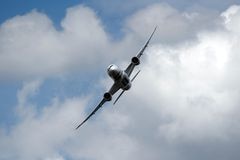 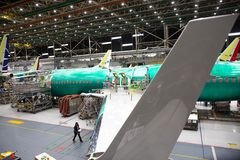